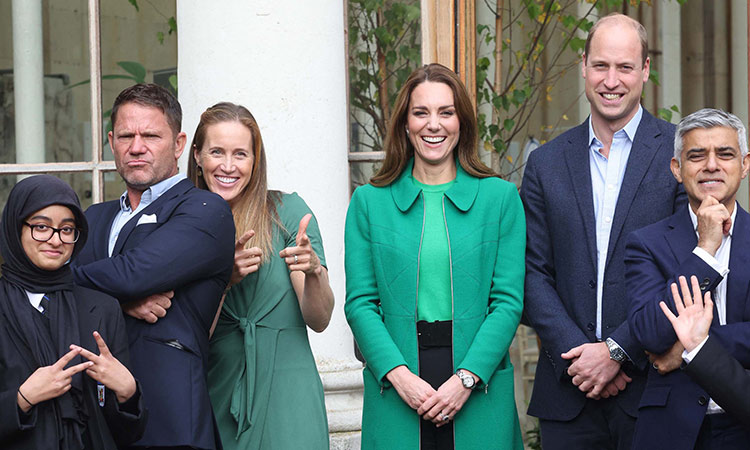 Prince William has taken a thinly veiled swipe at the billionaires embroiled in a space tourism race, saying the world's greatest brains should instead be focused on solving the environmental problems facing the Earth.

During a BBC interview aired on Thursday, William appeared to criticise Jeff Bezos, the world's richest person, Elon Musk and Briton Richard Branson, whose rival ventures are all vying to usher in a new era of private commercial space travel.

"We need some of the world's greatest brains and minds fixed on trying to repair this planet, not trying to find the next place to go and live," William said of the space race.

His comments come after Musk has spoken about missions to Mars, and Bezos described his inaugural space flight in July as part of building a road to space "so that our kids and their kids can build a future". 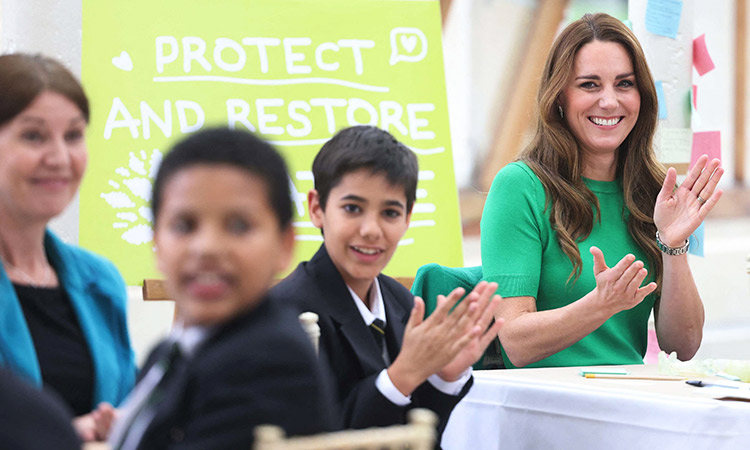 Catherine, Duchess of Cambridge interacts with children from The Heathlands School. File/AFP

"We need to do that to solve the problems here on Earth," said Bezos, who on Wednesday celebrated sending Star Trek actor William Shatner into space in his New Shepard spacecraft.

Speaking out on green issues has become a major feature of the British royal family, and William, 39, is following in the footsteps of his late grandfather Prince Philip, Queen Elizabeth's husband, and his father, Prince Charles.

Charles, the 72-year-old heir to the throne, has for decades called for action to stop climate change and environmental damage, long before the issue became mainstream, often facing ridicule along the way.

"It's been a hard road for him. He's had a really rough ride on that, and I think he's been proven to being well ahead of the curve," William said.

"But it shouldn't be that there's a third generation now coming along having to ramp it up even more. For me, it would be an absolute disaster if George (his eldest child) is sat here ... in like 30 years' time whatever, still saying the same thing, because by then we will be too late." 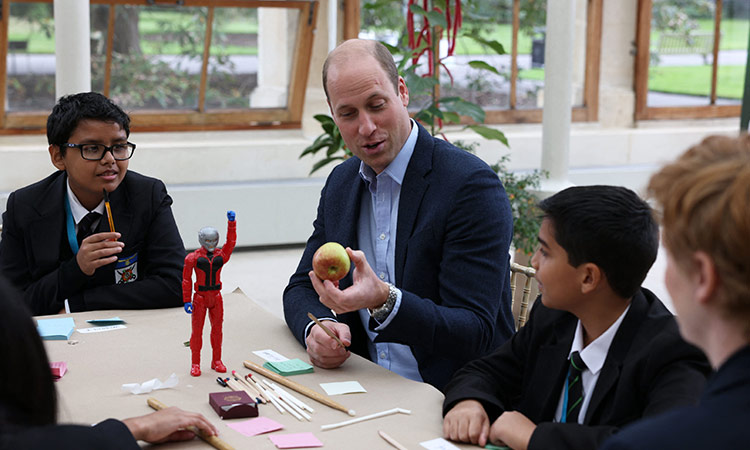 Prince William interacts with children from The Heathlands School, Hounslow during a visit. AFP

In an echo of his father's message earlier this week, William also said the upcoming U.N. Climate Change Conference COP26 summit in Scotland had to deliver.

The prince's personal response to the issue has been to create the Earthshot Prize, which aims to find solutions through new technologies or policies to the planet’s biggest environmental problems.

The first five winners, who will each collect 1 million pounds ($1.4 million), will be announced at a ceremony on Sunday.