VIDEO: Beckett Burge, whose heartbreaking photos of him suffering from cancer shook the world, cured of disease - GulfToday

VIDEO: Beckett Burge, whose heartbreaking photos of him suffering from cancer shook the world, cured of disease 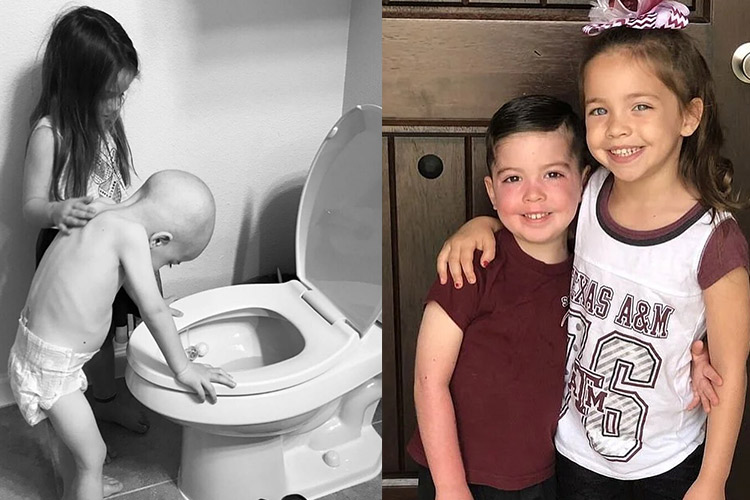 The mother of the American child Beckett Burge, whose image shook the world years ago after he appeared in front of the toilet suffering from leukaemia while his little sister guarded him, revealed that he had completely finished his chemotherapy, and finally returned to his normal life, according to British media.

The image of the child, which spread widely around the world in 2019, gathered sympathy as he was not more than four years old, suffering from acute lymphocytic leukaemia, which forced him to stand in front of the toilet to vomit.

His sister, who is a year older than him, was standing behind him and guarding him like his mother.


The mother of the child, Kaitlin Burge, 30, was surprised, as she told media that her son had finished his chemotherapy treatment, and had received the green light from doctors to return to his normal life and to school.

"When we heard the treatment was over it was very exciting," said the mother. "Beckett's oncologist came and said, 'No more chemotherapy.' We are done, all the tumours are gone and the disease is over.”

"He also had COVID-19 at some point and fortunately, he was asymptomatic," she added. He had no symptoms.”

She confirmed that her son is feeling great now, that he is finally free from the disease and can now spend time with his friends. "He doesn't have a lot of restrictions now, and he can go out and do whatever he wants," she said. 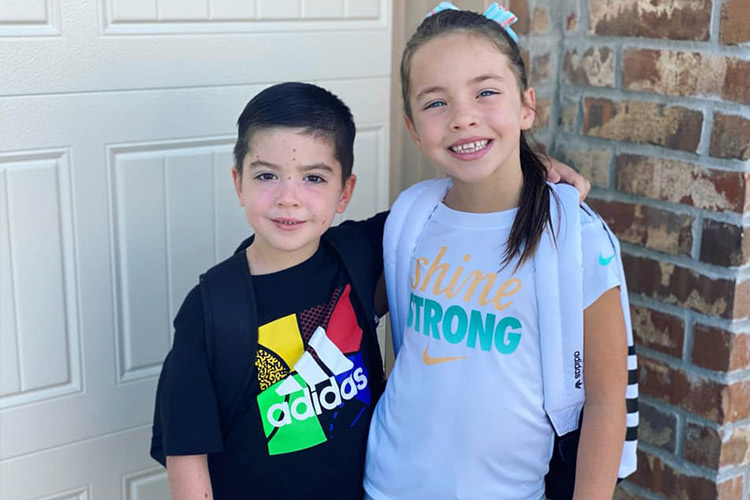 Talking about her son's reaction to the happy news, the mother said: "He was shocked and his face lit up. But then he said he didn't want to quit chemotherapy, because he knew it would keep him alive, and he was nervous."

She noted that his sister Aubrey loved spending time together like most siblings, adding that they play outside and cycle from school to home together.

The child's mother described her daughter Aubrey's role during Beckett's treatment as a "mother" to him.

"Aubrey was very influential in helping him get through this," she said.

They have developed a bond that only siblings have, and I can’t even replace it.” The mother explained that she posted her son's painful photo to remind others of the importance of family in difficult times.