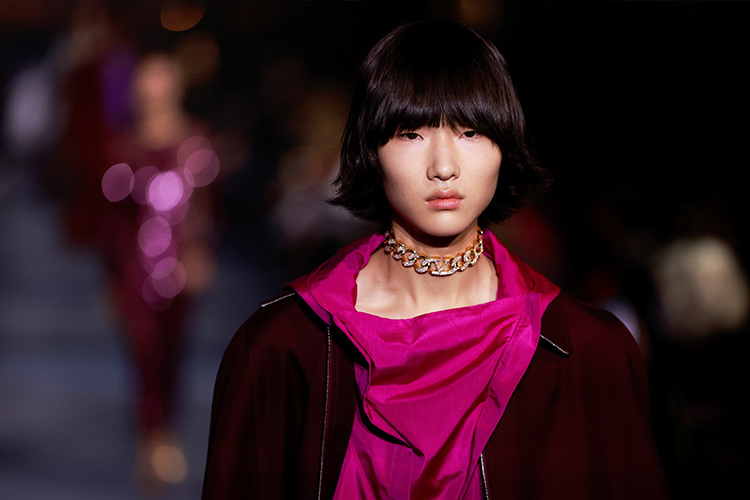 A model presents a creation by designer Pierpaolo Piccioli as part of his Spring/Summer 2022 women's ready-to-wear collection.

Paris Fashion Week's Friday installment took viewers to the depths of the oceans, and shook up identity politics in the office. But all eyes looked expectantly to the evening's display, by Valentino.

Dubai most expensive penthouse sold for a huge Dhs85 million

Here are some highlights of spring 2022 collections presented Friday:

The elasticity of water was the anchor for Issey Miyake’s collection, which featured swimming caps and vividly colored hats resembling marine creatures. 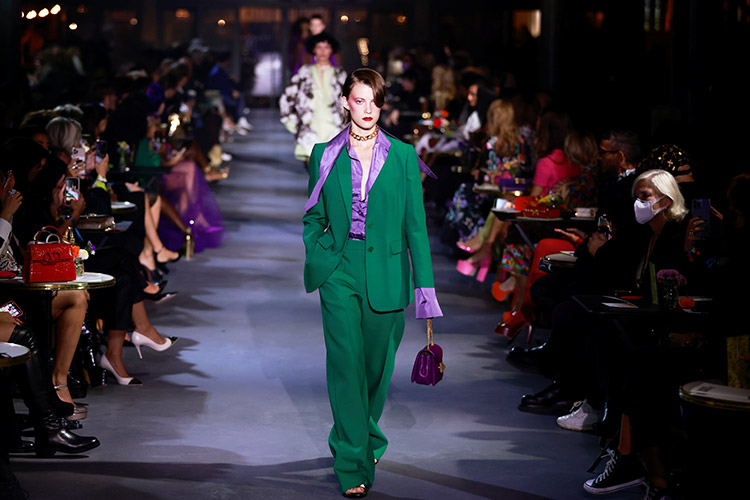 A model presents a creation by designer Pierpaolo Piccioli as part of his Spring/Summer 2022 women's ready-to-wear collection. Reuters

But it was shape in its purest form that began Friday’s collection - against a backdrop of minimalist square paneling.

A sporty vest, pared-down and in pale pastel, set the spring tone. It was the top part of a dress whose skirt was constructed with flattened Japanese lanterns. This idea of flattened, three-dimensional shapes ran throughout the 40 looks. The lantern motif also reappeared on several key items - one with the hole positioned on the model’s chest like a talisman.

Instead of regular lantern ribbing, the Japanese house, which is known for its use of techno fabrics, employed elastic pleating to give the bottom of its lightweight dresses structure and bounce. The house called this the "link rings” motif. 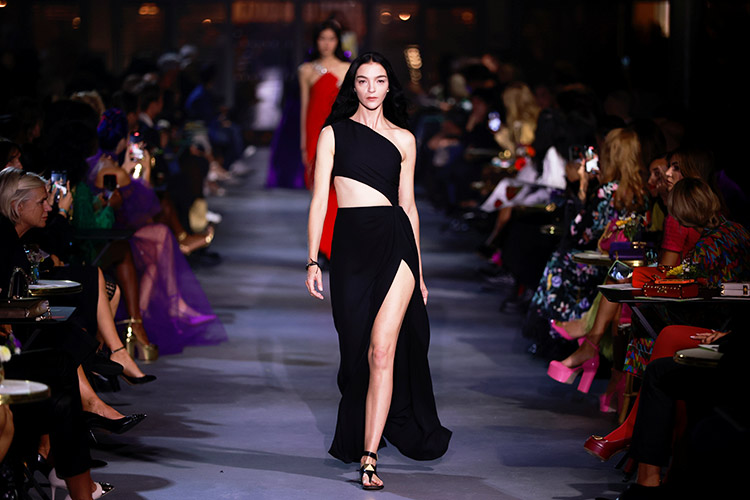 A model presents a creation by designer Pierpaolo Piccioli. Reuters

It was a soft and wearable display.

Paris Fashion Week has for years now blurred the boundaries between men’s and women’s fashions. Raf Simons took this tried-and-tested theme for his spring show, but pushed a little further.

This was a collection exploring androgyny in the corporate office -- the last place that would spring to mind as a non-binary safe space.

It was a lot of fun.

In the Bourse de la Commence, a finely tailored business-like jacket filed by above a gray skirt with a flounce cut on the bias. Models sported non-gender-specific, grunge-style hair - the long styles that were all the rage in the mid-1990s.

Simple oversize tops, and large swathes of bare fabric, added the Minimalist touch often associated with the Belgian designer, who once designed for Dior.

But there was also a splashing of color that broke up the collection, which employed an otherwise mute palette. Red prints infused the front of a black jacket while blue text on a skirt looked almost like it had been sprayed on as graffiti. 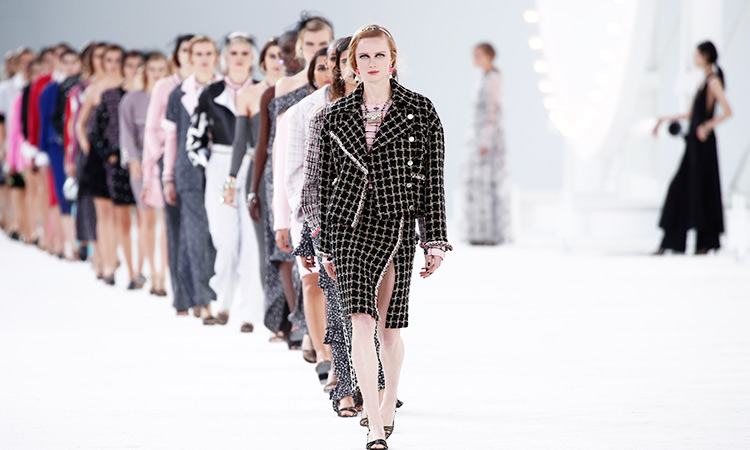 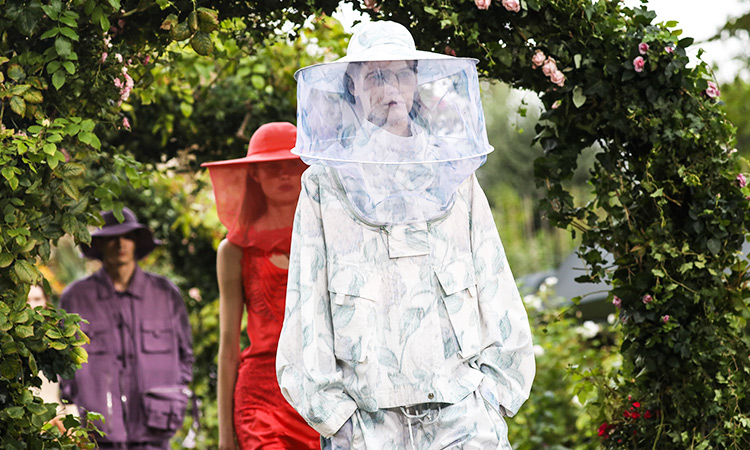