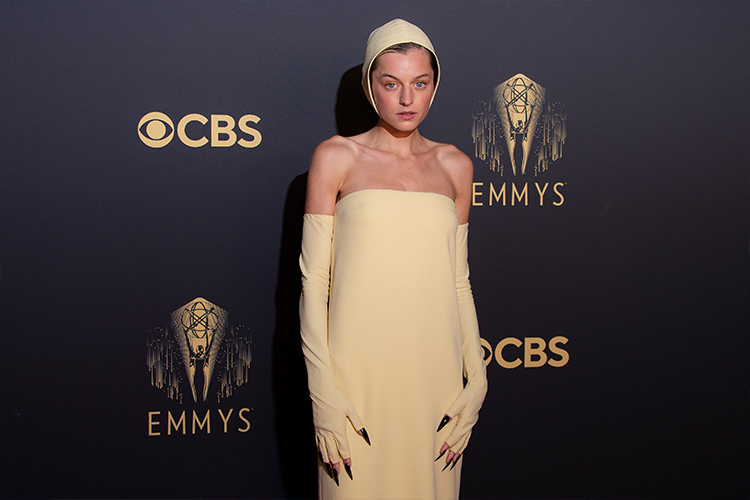 Emma Corrin poses for photographers as she arrives for the 73rd Primetime Emmy Awards.

Emma Corrin was among the stars walking the red carpet for the 73rd Primetime Emmy Awards and described her distinctive look as “crucible realness”.

The British actress was a nominee on the night for her role in The Crown and attended an event in London.

The main ceremony took place in Los Angeles but travel restrictions prevented some stars from crossing the Atlantic. 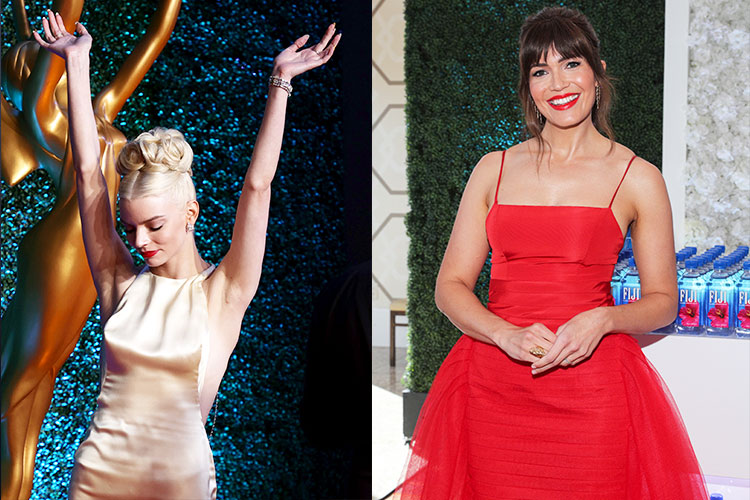 Anya Taylor-Joy star of Netflix chess drama The Queen’s Gambit, brought some sunshine to the carpet.

Kaley Cuoco was another star bringing colour to the carpet.

The star of The Flight Attendant dazzled in a neon yellow Vera Wang gown.

Elizabeth Olsen was a nominee on the night and her dress made headlines due to its designers.

The elegant white gown was from the actress’ famous sisters, Mary-Kate and Ashley Olsen. 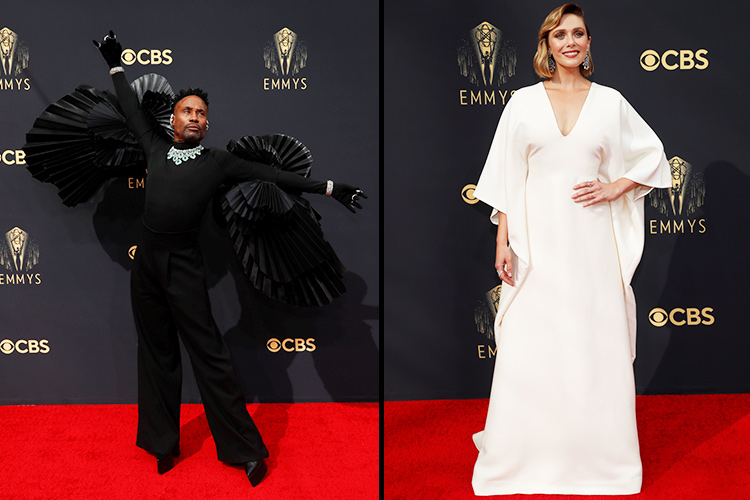 This Is Us star Mandy Moore stood out in a scarlet Carolina Herrera gown.

Kate Winslet was a winner on the night for her lead role in the buzzy drama Mare Of Easttown.

She looked elegant in a black gown with a v-shaped neckline and sheer sleeves. 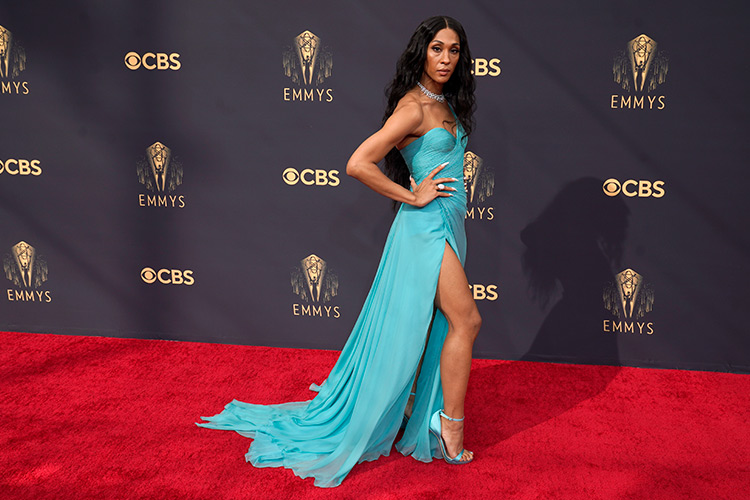 Olivia Colman joined her The Crown co-star Corrin in London, looking regal in a navy blue and bright orange gown, complete with a cape.

Mj Rodriguez could have made history as the first transgender winner of the outstanding drama actress Emmy.

She turned heads at the carpet in Los Angeles in a turquoise gown.

The comedian was literally head and shoulders above the rest at the Emmys, catching the eye in a pair of metallic platform boots with his smart black tuxedo.

Billy Porter is no stranger to a red carpet statement.

He completed the look with a huge diamond necklace.