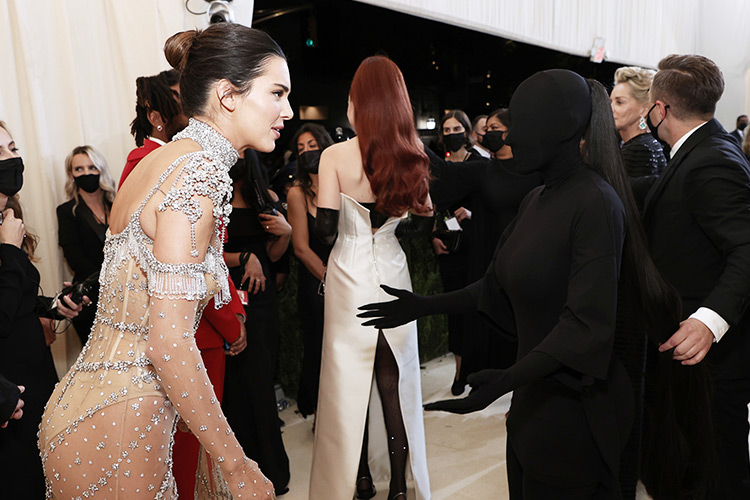 The Keeping Up With The Kardashians star, whose Balenciaga look made headlines this week, has admitted that she could not see her sister Kendall Jenner through her mask.

Kim arrived at New York City’s Metropolitan Museum of Art in a full-black look that concealed her entire body.

She wore a haute couture mini dress, paired with black tights and the designer’s signature Knife boots. An opaque headcover hid her entire face and head apart from her 75-inch ponytail. 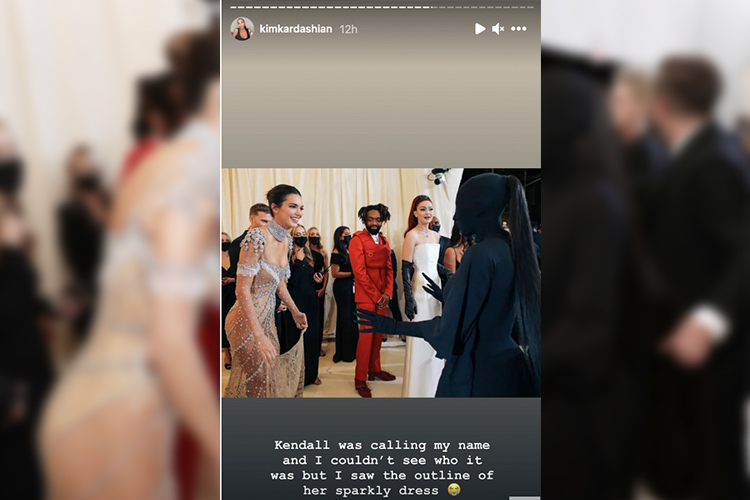 In a series of posts to her Instagram stories on Wednesday evening, Kim shared highlights from the night with her 253 million followers.

She admitted that at one point during the evening, Kendall called out to her, but Kim couldn’t see where she was.

“Kendall was calling my name and I couldn’t see who it was. But I saw the outline of her sparkly dress,” she said.

As expected, Kim’s outfit has inspired countless memes. One person created an image of how Kendall may have appeared to Kim after fans questioned whether she could see clearly under her mask.

The meme showed Kendall at the Met Gala, barely distinguishable behind some black net.

Others compared Kim’s all-black look to a demon. “This is literally my sleep paralysis demon standing in the corner of my room,” one person said.

The beauty mogul star took the jokes in her stride, sharing each of them to her Instagram story. 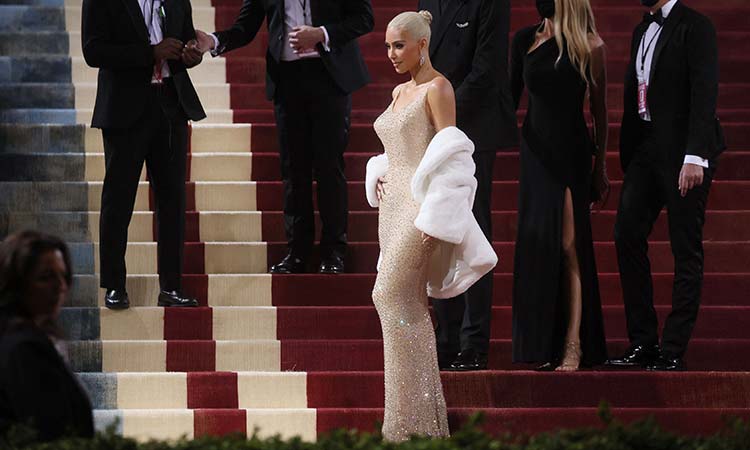 The dress was purchased in 2016 by the Ripley's Believe or Not! museum in Orlando, Florida, for a whopping $4.81 million.