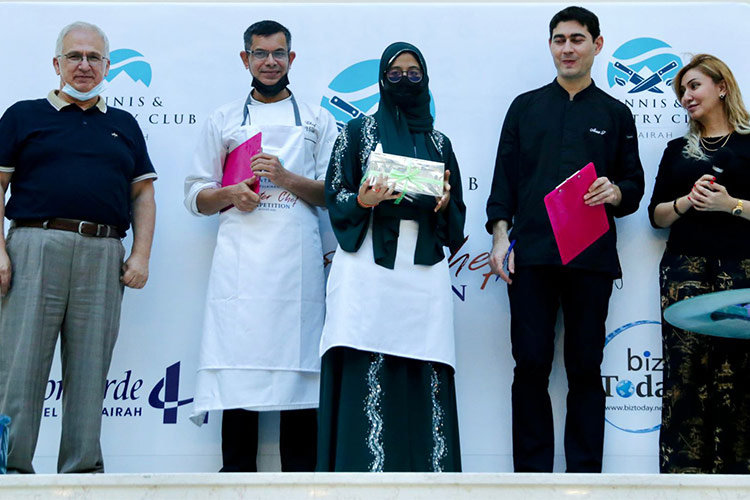 Winners pose for a photo with Salah Al Hamad, Vinod, Avaz Fayziev and Hania Reggi during the presentation ceremony.

The inaugural edition of the Master Chef competition ended on a high note at the Tennis and Country Club Fujairah on Thursday.

A total of 20 participants representing different nationalities and age groups who showcased their culinary skills.

The event also attracted a number of Emirati entrepreneurs spicing up the excitement.

The one-day long competition was divided into two groups: professional and passionate. The scene, with its precision and culinary talent, was reminiscent of the hit Khana Khazana, an top Indian cooking show.

The competitors were tasked with demonstrating excellence in a variety of culinary skills in a set amount of time.

The competition was judged by a team of experts including chefs Vinod and Avaz Fayziev alongside Hania Reggi, senior sales and marketing head of Tennis and Country Club Fujairah. She was also the in-charge of the event. 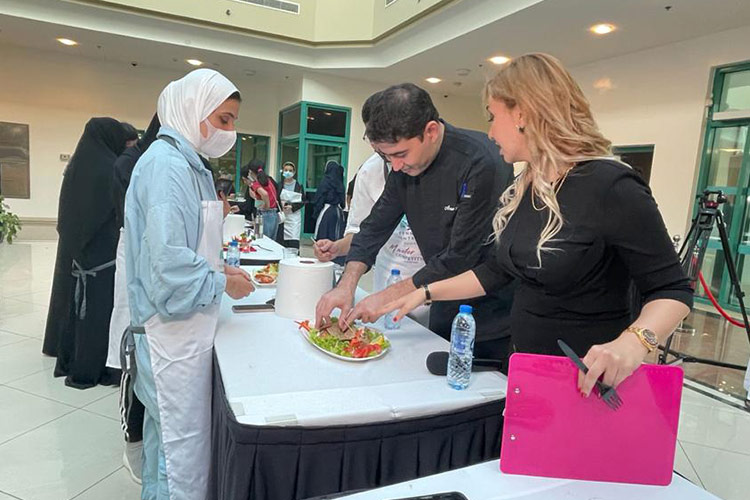 Hania Reggi says such events bring different communities together under one roof to provide the opportunities to showcase their creative talent.

Girls with age as low as 13 also took part in the contest and exhibited their talent.

The participants urged the club management of hosting another Master

The event was organized to sharpen the culinary skills and promote healthy lifestyle among the residents.

“Such events bring different communities together under one roof to create a sense of hospitality and provide them opportunities to showcase their creative talent,” said Reggi.

The event was held as per the Covid-19 health and safety protocols laid down by the UAE Minister of Health. 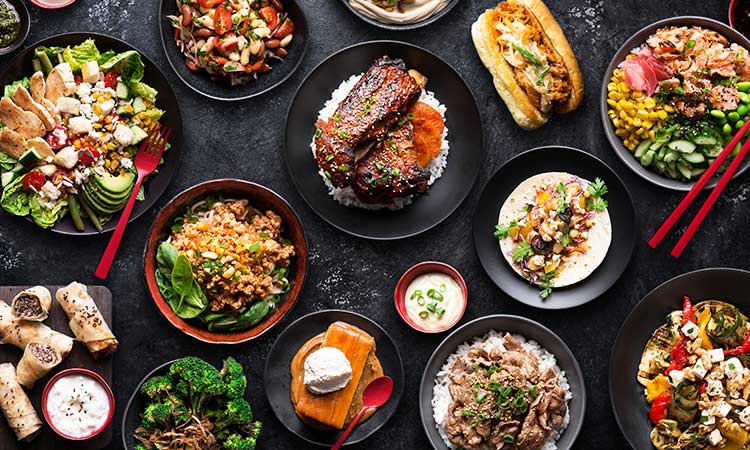 Dubai's top chefs band together to deliver food to your home

The UAE's renowned culinary critic Food Sheikh has launched a unique online food delivery concept featuring dishes by celebrated chefs such as Omar Rodriguez and Greg Malouf among others.