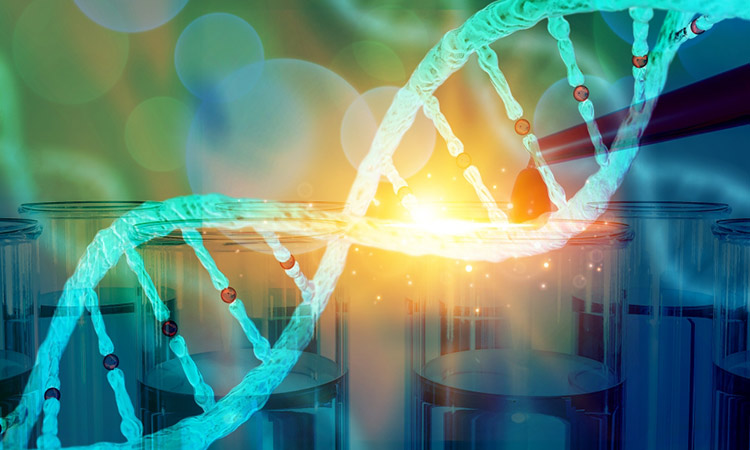 The picture has been used for illustrative purpose.

A team of scientists, including researchers from the United Kingdom, UAE, and Saudi Arabia, have reconstructed the genetic history of Middle Easterners from the last 125,000 years – with the results providing answers to long-standing questions about the history and health of the region’s people.

In the first study of its kind, researchers found millions of novel genetic variants common in the region but rare elsewhere. The data gathered allowed the analysis of the population’s genomic structure in greater detail than previously imagined possible.

The study, conducted by the University of Birmingham and the Wellcome Sanger Institute, together with their international collaborators, marks a critical step in filling the gaps in the region’s knowledge about its genetic origin. The study represents the first comprehensive open-access human whole-genome dataset from the Middle East.

Researchers analysed DNA data from hundreds of people across the Middle East to reconstruct their genetic history. The team discovered that the ancestry of most present-day people from the Arabian Peninsula is drawn from ancient hunter-gatherers and from regional Bronze Age populations. This includes ancestry from an enigmatic population that exited Africa around 60,000 years ago but is genetically different from all other main Eurasians.

The international research team from the UAE, Saudi Arabia, United Kingdom, and Estonia published their findings in Cell.

Corresponding author, Dr. Marc Haber, from the University of Birmingham, commented: “We have reconstructed Middle Easterners’ genetic history in unprecedented detail to resolve longstanding questions in population genetics. We uncover why Arabians have less Neanderthal ancestry than other non-Africans, the genetic impact of agriculture in the Middle East, the spread of Semitic languages and their link to ancestry, as well as the impact of climate events on population sizes.”

Lead author Dr Mohamed Almarri from the Wellcome Sanger Institute and Dubai Police GHQ, commented: “Our analyses illustrate the effect of lifestyle and climate on the demographic history of the populations in the region, and the contrasts between the Levant and Arabia.”

Senior author, Dr Chris Tyler-Smith, from the Wellcome Sanger Institute, commented: “The Middle East is a region of great significance for understanding human genetic diversity but has been particularly underrepresented in previous global sequencing projects. Our study and the recent establishment of national biobanks in the region will help to reduce these disparities and now offer exciting opportunities to explore the genetics of traits relevant to health in the Middle East.”