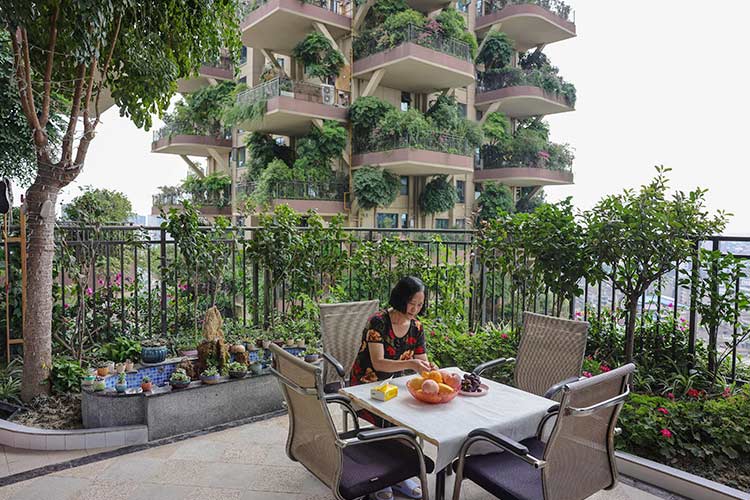 A woman sitting on a balcony covered with plants at a residential community in Chengdu. AFP

From a New York rooftop, across Riyadh's desert cityscape or along the bustling streets of Medellin, to running the height of a Milan apartment block or stacked high in a Copenhagen farm, here are some pictures of urban green replanting projects in cities around the world.

Iceland is home to the worlds most expensive feather treasure

Singapore's Gardens by the Bay, with its giant concrete trees covered in thick vegetation and huge greenhouses showcasing thousands of rare plant species, has grown into a source of pride and a symbol of the city-state. 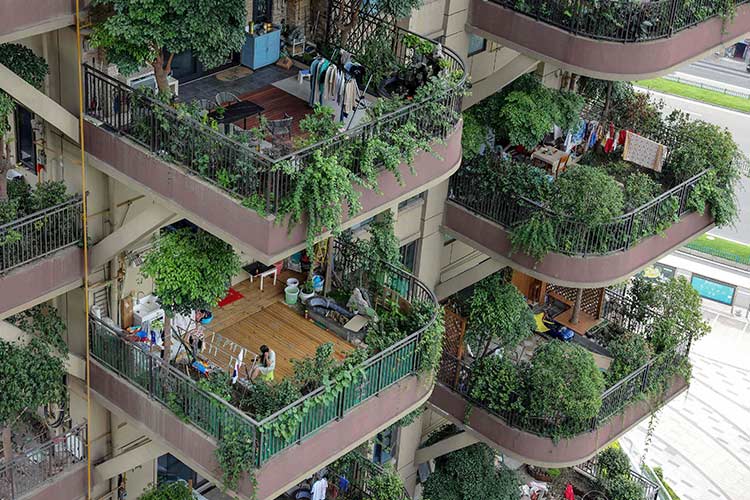 Residents resting on balconies covered with plants at a residential community in Chengdu. AFP

Farming on the New York skyline

Across three rooftops in New York, Brooklyn Grange grows more than 45 tonnes of organic produce a year in a city farm opened about a decade ago by a group of friends who wanted "a small sustainable farm that operated as a business", co-founder Gwen Schantz said.

From living in Milan's vertical forest

Two apartment buildings in the heart of Milan almost disappear under the lush forest of the Bosco Verticale (Vertical Forest), covered with more than 20,000 trees and plants from top to bottom, which aims to make trees an essential component of architecture. 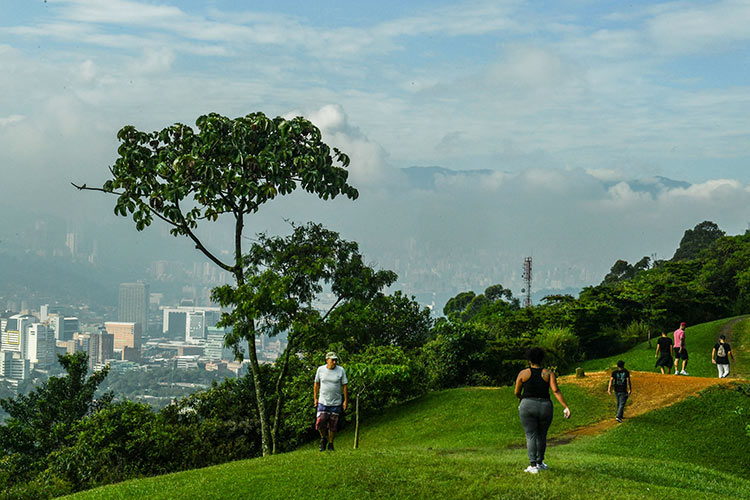 People stretch at the Volador hill in Medellin, Colombia. AFP

To vertical farming in Copenhagen

Although it may resemble a contemporary art installation, Copenhagen's vertical farm, opened by Danish start-up Nordic Harvest, grows the likes of kale and lettuces. Harvested 15 times a year, produce is cultivated in tiered racks under 20,000 specialised LED lightbulbs that keep the massive warehouse in an industrial zone bathed in purple light around the clock, according to AFP.

Urban roads in Colombia's second-biggest city, Medellin, have been transformed into 30 "green corridors". Where once the roadside was barren, worn down by the heat and rubbish-strewn, now trees and flowers luxuriantly fill them, in an interconnected network linked to existing green spaces. 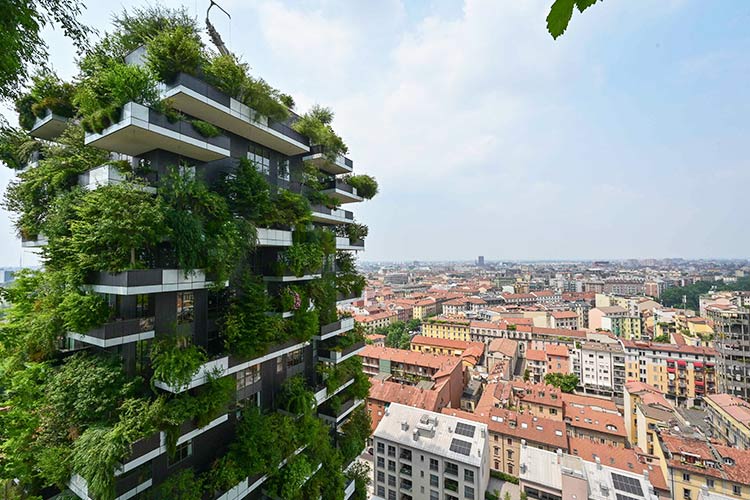 From a balcony of the Vertical Forest high-rise complex (Bosco Verticale), designed by Studio Boperi. AFP

A jungle on Chengdu's balconies

With thick vegetation filling every apartment balcony for eight blocks, residents of China's experimental green housing project, Chengdu's Qiyi City Forest Garden, live in a vertical forest while in the middle of a megacity.