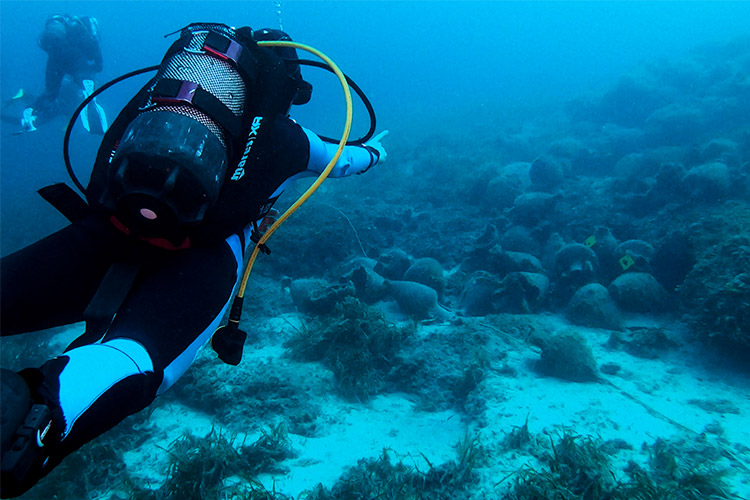 Scuba divers visit the underwater museum in the Aegean Sea.

A museum located about 30 meters below crystal-clear turquoise waters of the Aegean Sea attracts a different type of tourism.

Hans-Juergen Fercher has just returned from his fourth dive to where mounds of 2,500-year-old wine pots mark the site of an ancient shipwreck -- and Greece's first underwater museum.

"This is a combination of diving and archaeological diving. It's diving into history," says the 48-year-old psychiatrist after pulling himself onto the deck of the Triton dive boat.

"It makes it special and unique." 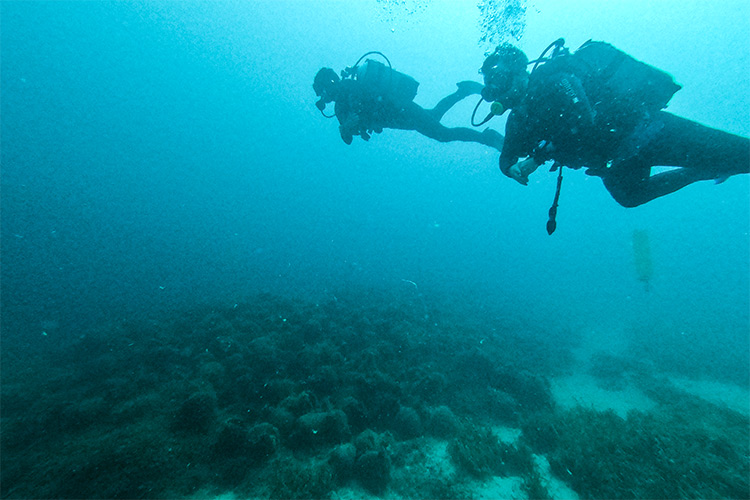 Resting at a near 30 meter depth for almost 2,500 years the Peristera shipwreck opened to recreational scuba divers during the summer of 2020.

On this day when the tourist inspected the site, seven divers put on diving suits on the "Tretron" boat, which takes them directly to the coasts of Peristera near the island of Alonissos in the Aegean Sea.

The man has become a "legend here," says Dias, one of the coordinators of the Triton Dive Center.

The explorers leaped into the water and embarked on their perilous adventure. The remains of this ship's wreck are located approximately 30 meters at the bottom of the Aegean Sea, which makes diving difficult and requires high-tech.

Beneath their fins, more than 4,000 earthenware jars have been settled in the sand for nearly 2,500 years. 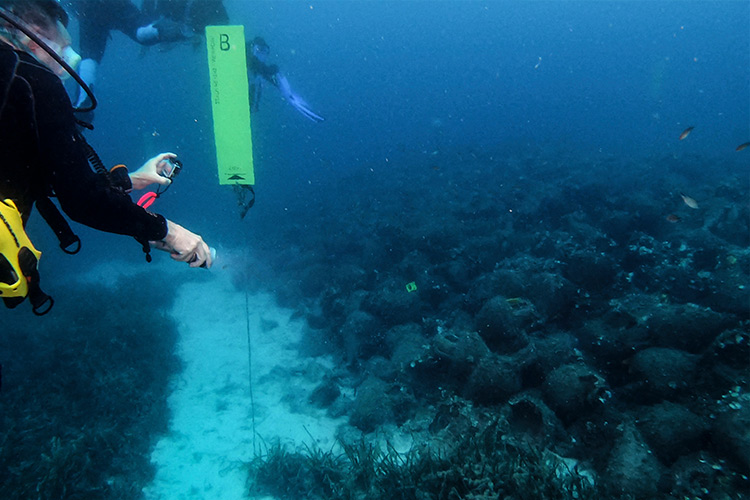 More than 4,000 earthenware jars have been settled in the sand for nearly 2,500 years.

This collection constitutes the first underwater museum in Greece that opened in the summer of 2020.

"It's a really special and unique site because it mixes diving and archeology," Fisher told AFP after getting out of the water. You are diving into history. Danish tourist Lisette Frevilund said after the end of the underwater tour: “We are not just in the middle of a marine ecosystem full of coral reefs; Rather, we are observing the remains of an ancient civilization.”

As for the Greek George Yasimidis, who came specifically to see the wreck, he confirmed that his expectations were many after the preparatory meeting. And all of it became really impossible during the dive.

More wrecks have been discovered in the area -- the middle of the country's largest marine reserve -- holding out the prospect that more such museums will open.