This helmet can reduce chances of aggressive type of cancer - GulfToday 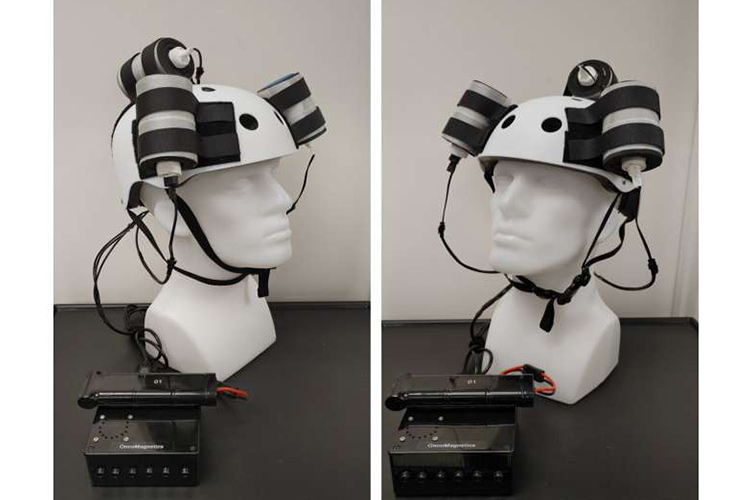 The helmet consists of three components helping the oscillation of tumours.

Doctors at the Kenneth R. Beck Centre for Brain and Pituitary Tumours in the Department of Neurosurgery at the Houston Methodist Neurological Institute in USA reduced a fatal glioblastoma, an aggressive type of cancer, by 31%, for the first time in human tests, from the tumour mass of a 53-year-old patient. Doctors used "Oncomagnetic," a helmet which generates an oscillating magnetic field without the need to go to the hospital.

The helmet sends an intermittent oscillating magnetic field resulting from the rotation of a magnet which must be used at first for two hours under the supervision of a specialist in a clinic, followed by subsequent treatments at home, with treatment times increasing to 6 hours per day.

The helmet consists of three components helping the oscillation of tumours. These are tightly connected to the device and to an electronic control unit which relies on a microprocessor powered by a rechargeable battery.

Doctors said: "We thank the patient's family who agreed to a postmortem autopsy ."

Doctors added the helmet will allow treating brain cancer patients without radiation or chemotherapy, and with more experiments, new horizons will open for non-surgical and painless treatment.