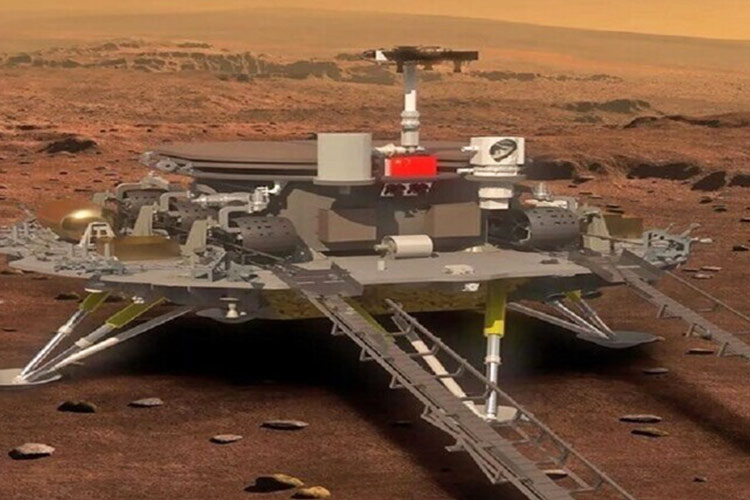 Zhurong rover of the Chinese "Tianwan-1" mission travelled 585 metres on the surface of Mars.

Chinese television said the rover has been working on the surface of Mars for 68 Mars days, equivalent to about 24 Earth hours.

It also showed a map of the path of "Zhurong," from north to south, starting from its landing on the surface of Mars until July 21.

The "Tianwan-1" probe landed on the surface of Mars on May 15, then the rover descended from it and began exploring the soil, ionic field of the red planet and its climate.

The Chinese Mars mission was launched on July 23, 2020, by a Chang'e 5 rocket, to reach Mars orbit last February.

The UAE Space Agency on Thursday said, “The Hope Probe has now commenced the 'normal operations' phase of its cruise, following the successful completion of the commissioning phase in which we have ensured that all onboard systems are operating nominally.”