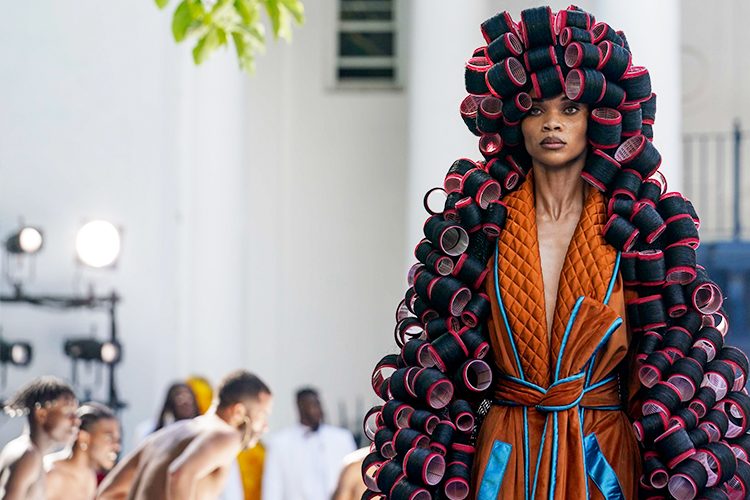 The latest fashion from Pyer Moss is modelled in Irvington, N.Y.

History is proof that many inventors who were black were often overlooked because of their colour in society, in spite of their commendable inventions and innovations. 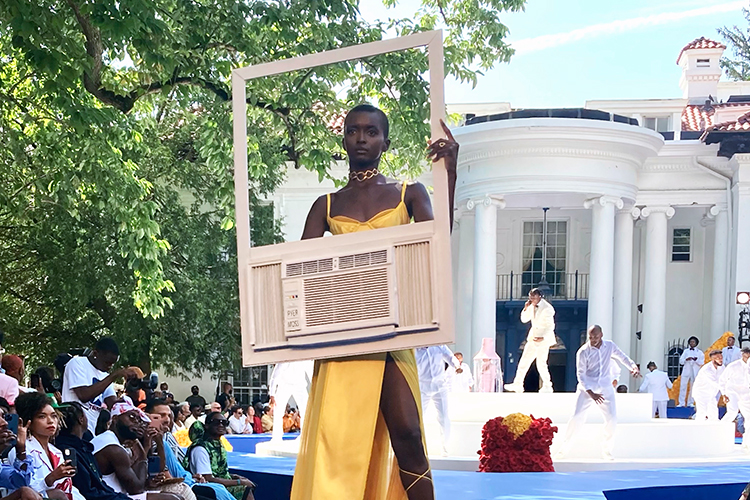 A model walks around the show with a home appliance as a prop.

Honouring those unsung heroes, the brands celebrated designer Jean-Raymond did what best he could to celebrate their achievements. 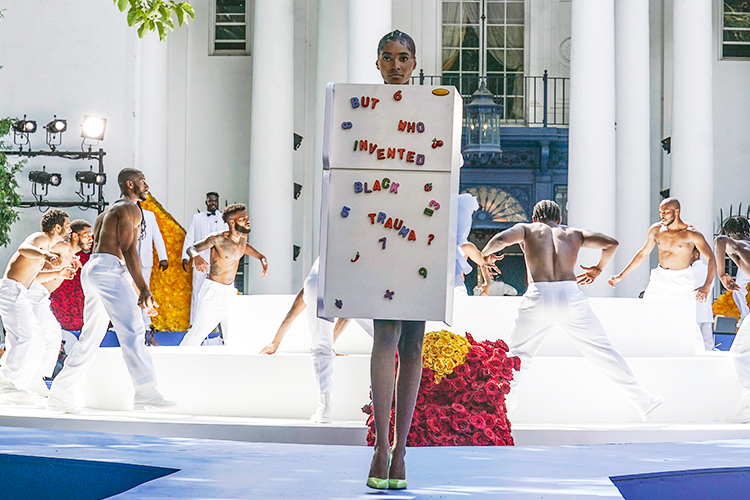 The show was themed around inventions by African Americans.

Raymond made sure he used his power to reach out to the world, and highlight the black inventions in ways that were not traditional. 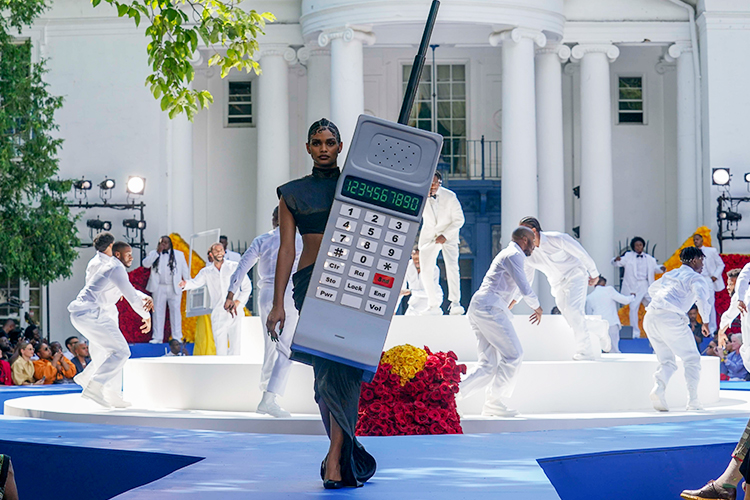 The models walk the ramp carrying the props during the show.

The show that started off with a brief history reflected in a rather subtle speech, was taken to another level as soon as models started strutting the ramp with peanut butter, air conditioners as props.

Raymond has always been an advocate of rights and racial discrimination, and this was only another opportunity for him to display his voice against the voiceless.