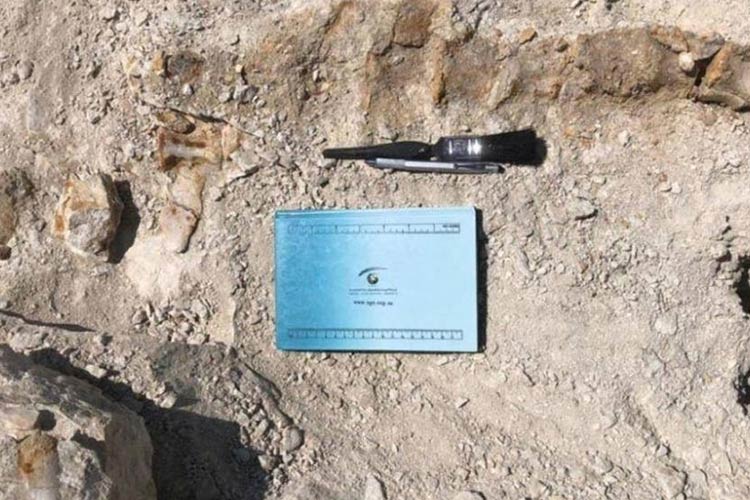 The site where the remains were unearthed in Al-Jawf region, Saudi Arabia.

Saudi Arabia has announced that geology experts have unearthed the remains of an extinct whale on Sunday.

The Saudi Geological Survey announced the discovery of the extinct primitive whale dating back to 37 million years, during the Upper Eocene era, in the Al-Jawf region, northwest of the Kingdom.

CEO of the Saudi Geological Commission Abdullah Al-Shamrani said that a specialised team from the fossils department conducted a survey of the calcareous cliffs, which contains lime or are chalky, near the governorates of Qurayyat and Haditha. The aim is to gather and identify the types of marine fossils and their deposition on environments in northern Saudi Arabia 37 million years ago.

Prominent geologists agree that the Arabian Peninsula is the main gateway between Africa and Eurasia.

The authority explained that the discovered whale remains are almost complete, indicating that they are being transferred to the main centre in the city of Jeddah.

A full examination would be conducted to reveal the details.