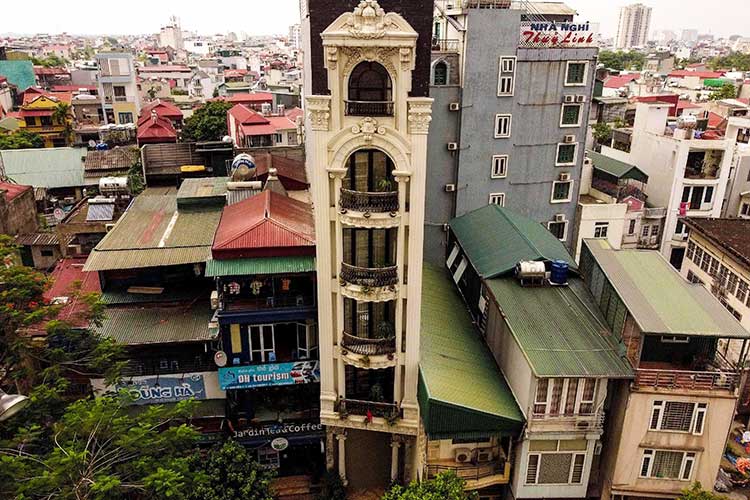 A narrow residential house, known as "nha ong" in Vietnamese or "tube house" in Hanoi. AFP

Although Vietnam saw a number of villas and garden houses built during the French colonial period, Hanoi has few of these grand residential homes. 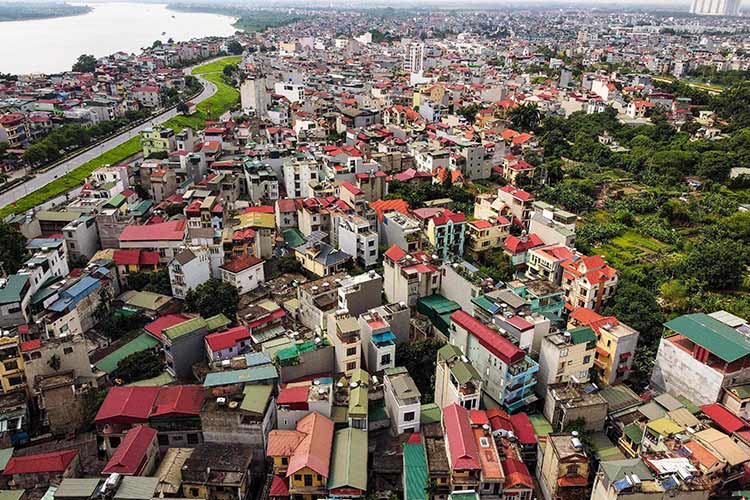 An aerial view of the narrow residential houses. AFP

Instead, tree-lined streets are packed with dwellings that are barely four metres wide, but are three times that in depth.

Typically, a tube house might be home to a family of four but two or three generations of relatives sometimes have to jostle for space. 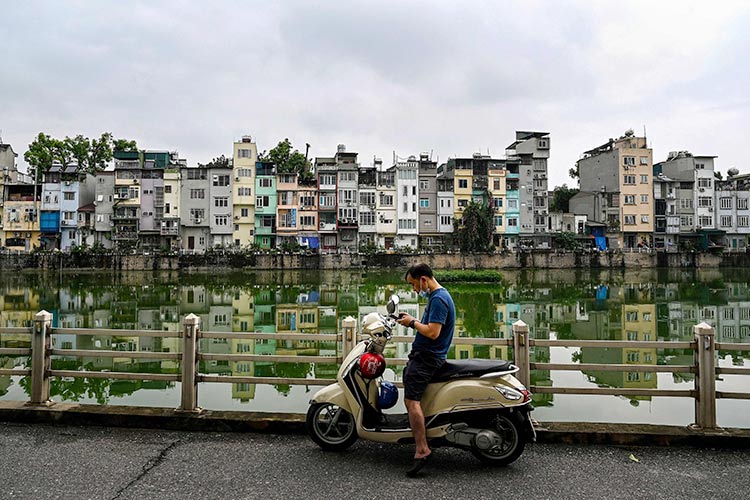 A man checking his mobile phone against the backdrop of narrow residential houses. AFP

The first tube houses -- known as "nha ong" in Vietnamese — are thought to have appeared in the capital at the end of the 19th century, when villagers looking to sell silver, traditional herbs and tools began to move to the area. 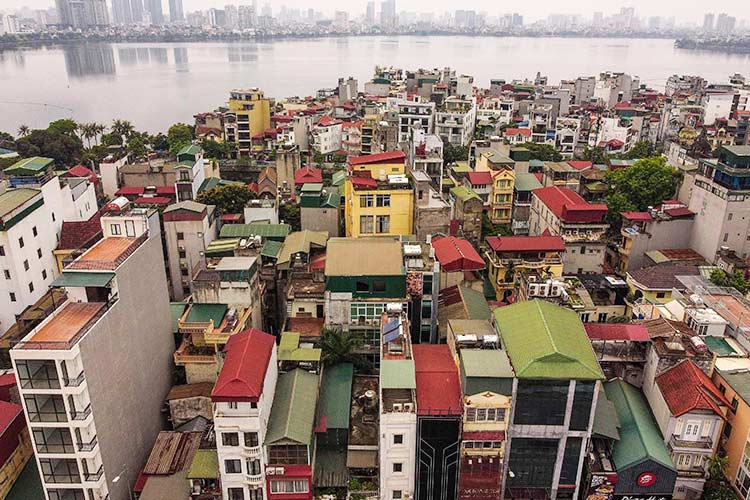 The design is still a favourite in modern day Hanoi, where architects now refer to them as "adjoining houses".

"This model of house is essential for an urban architect (today). The adjoining house is a combination of both the traditional and modern residence," the Hanoi-based lecturer told AFP, adding that they can also be found in many other Vietnamese cities.