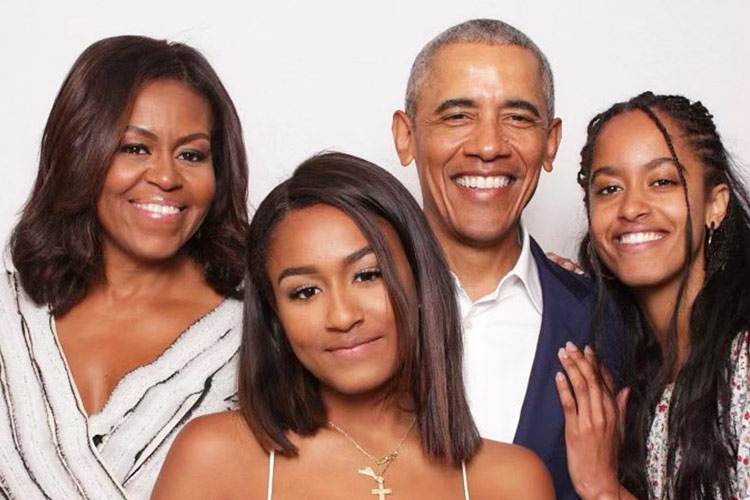 Barack Obama has revealed that his daughters Sasha and Malia are “so much wiser and more sophisticated and gifted” than he was at the same age.

The proud father told CNN that his daughters’ participation in the Black Lives Matter protests after the murder of George Floyd in 2020 gave him a “great source” of “optimism.”

The candidate and her Hijab Identity matters in French elections

“My daughters are so much wiser and more sophisticated and gifted than I was at their age,” he said.

He added: “When people talk about... how do I think about my legacy, you know, part of it is the kids who were raised during the eight years that I was president.”

“There’s a bunch of basic assumptions they [Sasha and Malia] make about what the country can and should be that I think are still sticking. They still believe it. And they’re willing to work for it,” he said.

Last month, the 44th president of the United States joked about the lasting impact that the constant presence of Secret Service agents during Sasha and Malia’s teenage years had on his daughters, according to the Independent.

The 59-year-old then joked that his daughters still suffer from post-traumatic stress disorder from the experience, continuing: “They still have PTSD from our guys talking and walking with microphones and glasses as they are trying to go to a music concert.”

The father-of-two also told Corden that a life of public service requires a “certain tolerance for nonsense and silliness and meanness” and that, as a father, he wants to protect his daughters from that.

“I think they are probably going to find other ways to serve rather than run for office,” he said, adding that if they did decide to follow in his footsteps, he would be “exceptionally proud” of them.

The former US president has made a tradition out of sharing his favourite books, TV shows, films and songs of the year.