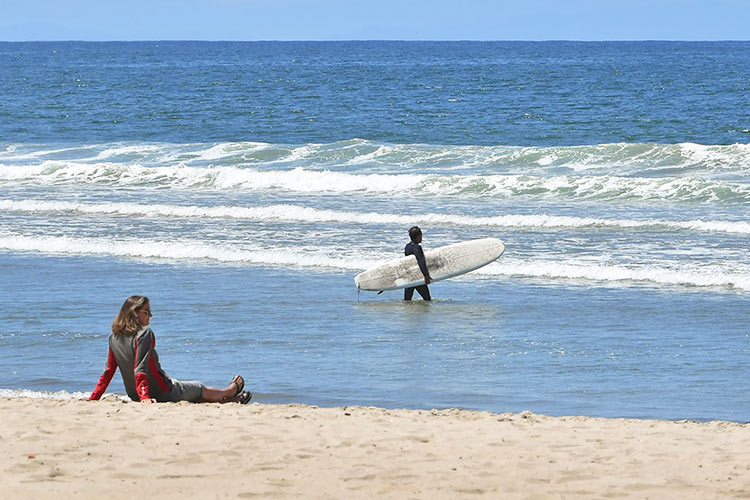 A surfer heads out to catch a wave at Venice Beach in Los Angeles. AFP

The non-profit organisation said it has decided to accept the body of water around Antarctica as a separate ocean.

The Southern Ocean is the fifth ocean to be recognised by the group since it began making maps in 1915.

The others include the Atlantic, Pacific, Indian and Arctic Oceans, according to the Independent.

The National Geographic said its cartographers have decided “the swift current circling Antarctica keeps the waters there distinct” and worthy of being considered an ocean in its own right.

“The Southern Ocean has long been recognised by scientists, but because there was never agreement internationally, we never officially recognised it,” Alex Tait, a geographer from the National Geographic Society, said

He said the group’s map policy committee had been considering the change for years and tracking the Southern Ocean being “increasingly” mentioned by scientists and the press.

Mr Tait added the National Geographic Society has taken the step to recognise the Southern Ocean “because of its ecological separation”.

It is the only ocean to be defined by its current, rather than the continents enclosing it in, National Geographic magazine said.

According to the World Wide Fund (WWF), the Southern Ocean - which encircles the entire Antarctic continent - is the youngest of the world’s oceans, forming when Antarctica and South America moved apart around 30 million years ago.

“Few of the Earth’s remaining wilderness environments are more valuable or vulnerable than Antarctica and the surrounding Southern Ocean,” it says.