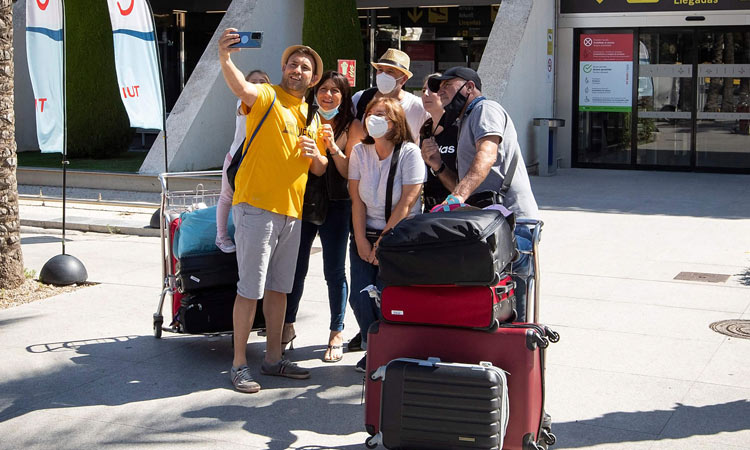 Spain jump-started its summer tourism season on Monday by welcoming vaccinated visitors from most countries as well as European tourists who can prove they are not infected with coronavirus. It also reopened its ports to cruise ships.

The move opened borders for the first tourists from the United States and other countries outside of the European Union since those travellers were banned in March last year, when the pandemic hit global travel. Hoards of beaming tourists were flying into the sun-soaked resort of Malaga on Monday. 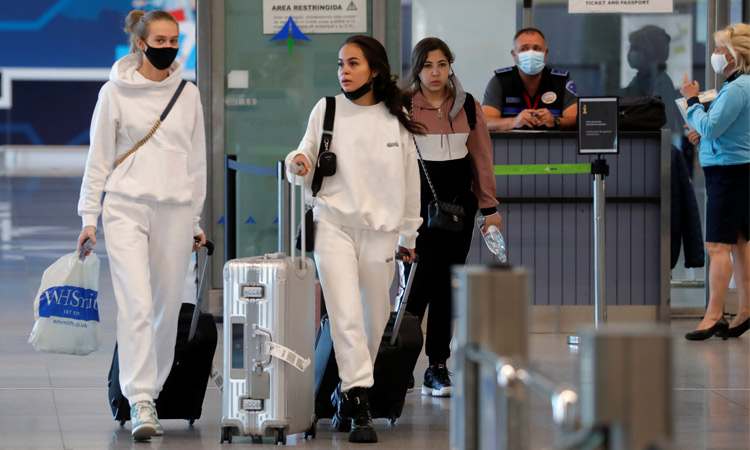 "We're thrilled, delighted. We love Spain, the sun, the food and everything about it," said Irish holidaymaker Gillian Ford, who flew in from rainy Dublin after being fully vaccinated.

"You only live once so you need to get out and enjoy," she said before heading off to the beaches of Marbella with her husband Edward. 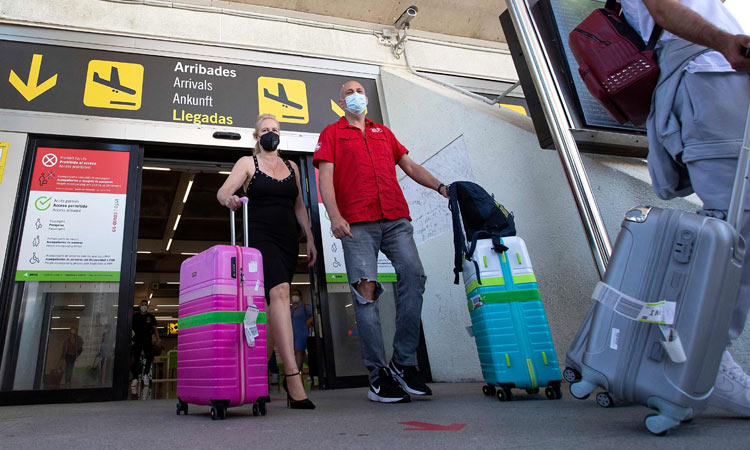 In throwing open its borders, Spain is hoping the influx of visitors will revitalise its all-important tourism sector that has been battered by the pandemic.
With vaccination rates rising across Europe, many are hoping it will be a busy summer for tourism, and by mid-morning there was a steady flow of arrivals at Malaga airport in the southern Andalucia region, among them German, Irish and Belgian tourists.

At least 20 international flights landed in the morning, with the arrivals delighted to finally be able to hit the beach after more than a year of lockdown.

"I haven't left Belgium for a year," says 73-year-old Rose Huo, a Belgian national who came to visit her sister who lives in southern Spain. "It's always bad weather in Belgium, it's always raining but here it's always sunny. We'll still have to be very careful but it's a start!" 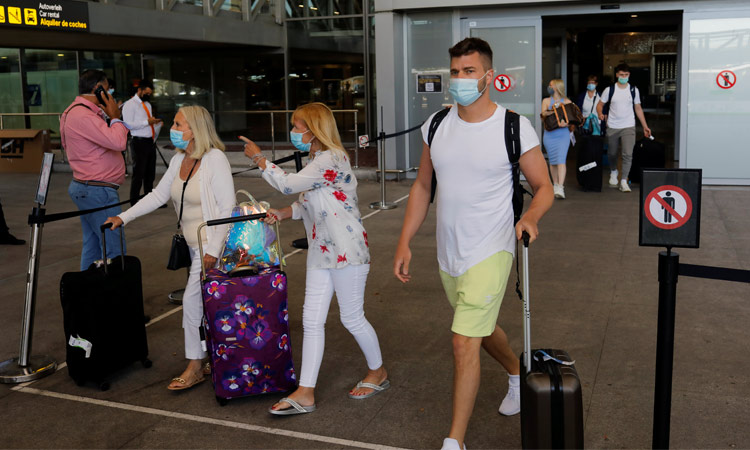 Tourists walk with their luggage as they arrive at Malaga-Costa del Sol Airport. Reuters

Under the new rules, anyone who has completed their vaccinations at least 14 days before travel is allowed into Spain. Europeans who haven't yet been vaccinated, who could already enter Spain with a negative PCR test taken within 72 hours, can now come with a cheaper antigen test taken in the 48 hours prior to arrival.

Under cloudless blue skies on Marbella beach, 20-year-old Irish student Alex Walsh, who took a PCR test before flying, said he felt safe to travel given the number of people being vaccinated.

"I couldn't wait to get here, I'm just very relieved and happy," he told AFP, saying he was "sick of being in Ireland" and had flown in from Dublin with a group of friends.

Heavily-dependent on tourism, Spain saw its economy contract by a sharp 10.8 per cent in 2020, one of the worst performers in the eurozone, with its key tourism sector battered by the pandemic travel restrictions. But this year, Spain — the world's second-most popular destination after France — has said it is expecting to welcome 45 million travellers. 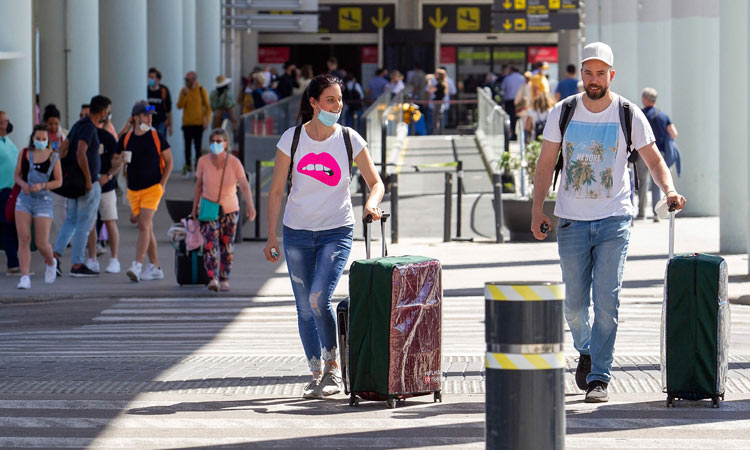 By the end of April, the country had only counted 1.8 million visitors, official statistics show, although those in the tourism sector are confident that the numbers will surge over the summer.

Jose Luis Prieto, president of Spain's travel agents' union (Unav) is hoping for a "spectacular recovery" after a punishing year.

In recent weeks, tour operators in Britain, France and Germany -— Spain's three main markets — had been receiving many enquiries, he said.

After months of closures, hotels and restaurants from the Costa del Sol to the Canary Islands have been reopening, and airlines have resumed flights to routes that were dropped at the height of the pandemic.

But there are still clouds on the horizon with the UK keeping Spain off its 'green list' of safe countries, meaning any Briton holidaying in Spain will have to quarantine and take expensive PCR tests on their return home, putting many people off. 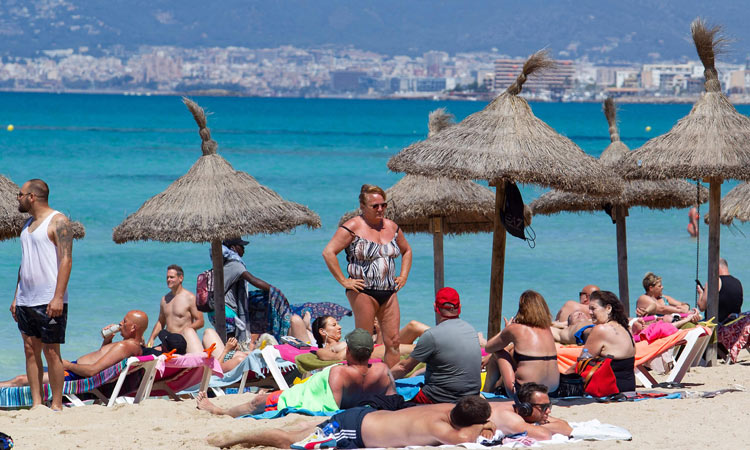 The British normally make up the largest contingent of tourists to Spain — in 2019 over one-fifth of Spain's 83.5 million arrivals were from the United Kingdom.
The decision to keep Spain on Britain's amber list was "disappointing," Health Minister Carolina Darias said.

Spain had put several measures in place to lure back British tourists, allowing them to enter freely from late May without needing to show they'd been vaccinated or even present a negative Covid test.

Against the backdrop of uncertainty, major travel operator TUI has cancelled all its flights to Spain until June 13. The UK travel list is only up for review towards the end of the month, dealing a further blow to Spain's hospitality sector. 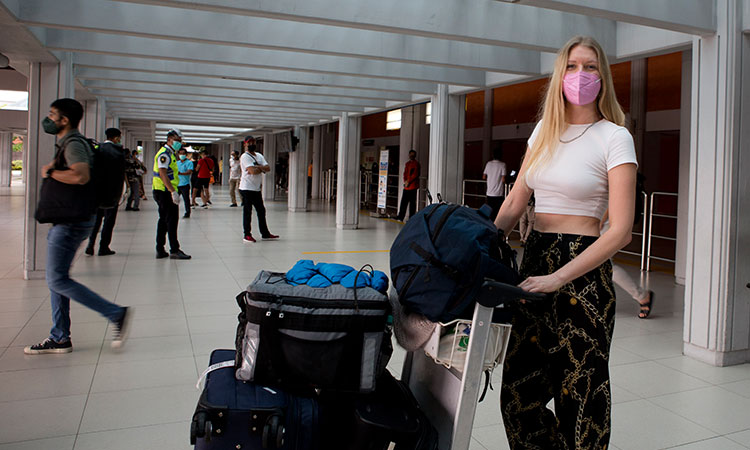 Indonesia’s resort island Bali reopens to travellers from all countries

No rapid PCR tests for passengers from India, Pakistan travelling to Dubai and Sharjah

The fresh advisory requires travellers to produce a negative COVID-19 test certificate taken up to 48 hours before the scheduled departure of the flight, from an approved health service provider.