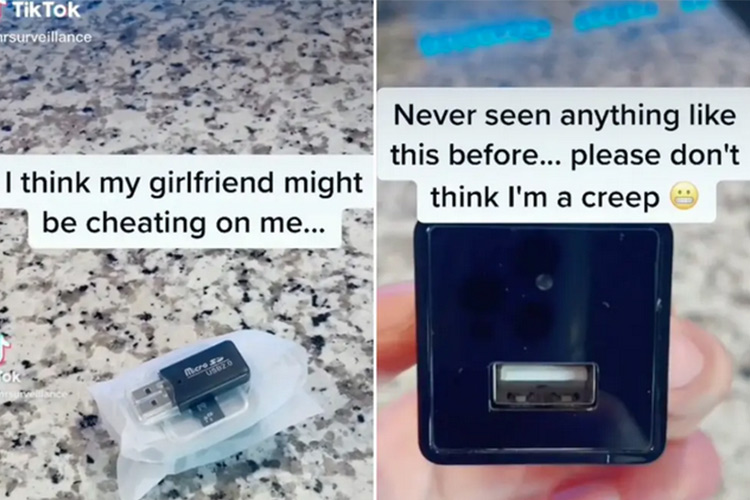 A videograb of the video, the boyfriend showing the surveillance camera. Pictures: Mr. Surveillance

A TikTok user from US known as ‘Mr. Surveillance’ shared how he used a surveillance camera to clear his doubts of his girlfriend cheating on him.

The boyfriend explained how he had suspicions about his girlfriend of six years and insists: “I’m not a creep.”

“To find out if it’s true, I got this hidden spy camera online,” he said. 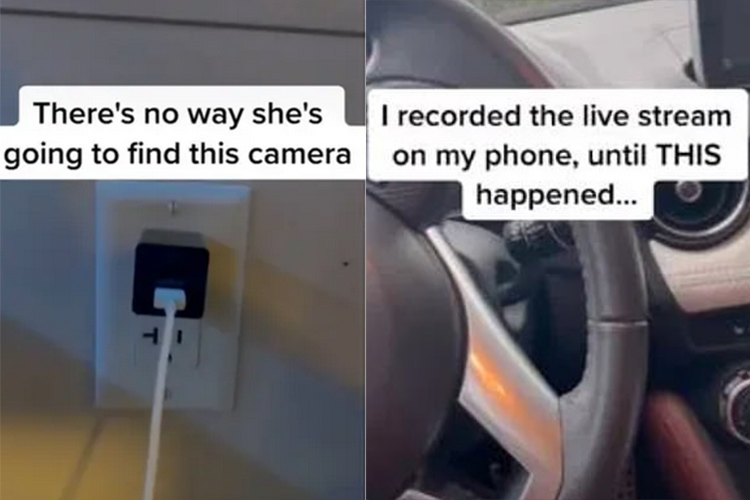 But, if you looked closer you could see a lens just above the USB charging point, which can secretly record people.

The guy took the extreme step as he said he had been suspicious his partner Ashley had been cheating for some time.

So he insisted he had “never seen anything like this before” and said: “Please don’t think I’m a creep.”

He then explained his plan of action: “Going to plug this in next time I leave the house to see if I can catch her...”

At the start of the clip, he showed himself plugging in the camera disguised as a charger into the kitchen wall socket.

He then got a charger to insert into the USB port so that the camera remained hidden. “There’s no way she’s going to find this camera,” he said. 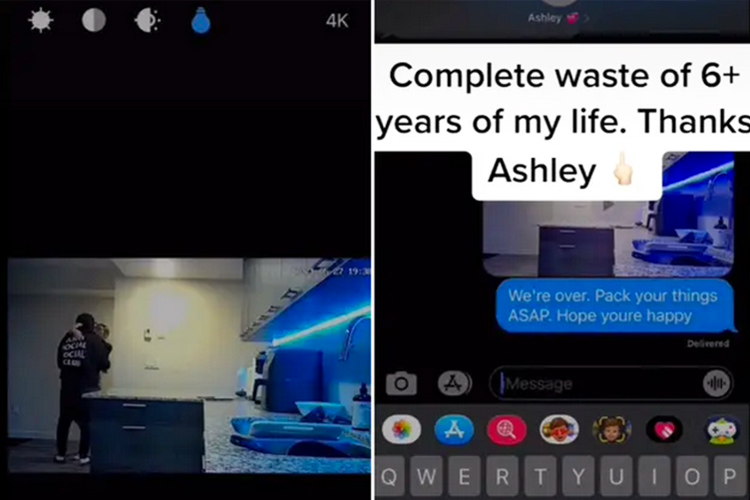 A videograb showing his girlfriend with other guy.

Then he left the house to go into his car, which parked down the street “to try and catch her.”

He said: “I recorded the live stream on my phone, until THIS happened...”

The video cut to the footage from the surveillance camera in the kitchen, a door slam could be heard, as the boyfriend asked: “What was that?”

That’s when his girlfriend walked in hand-in-hand with another guy, and the TikToker questioned: “WHO TF IS THAT?!”

The camera also caught the pair kissing before going into another room. “You’ve got to be kidding me...” the boyfriend adds.

He wrote: ‘Complete waste of six plus years of my life.'

Mr. Surveillance sent the footage to his girlfriend and wrote to her: “We’re over. Pack your things ASAP. Hope you’re happy.”

This second video has become even more viral than the first, with over 15.2m views, 2.1m likes.

TikTok users are stunned by the clip and received thousands of comments from people who doubt the boyfriend’s story, and others asking where he got the camera.

One person said: “Nice acting but where did you find the camera?”

“I feel like that’s her bf in the vid and they did this for the clout,” another person wrote.

Others noticed that the TikTok has the link to the camera he used in his bio that says: “Something sus happening in your life? Get your camera charger,” along with the link.

Someone replied: “This was basically a promotion for this camera, nothing too serious. Just shouldn't lie about the cheating thing for advertisement. It worked tho.”

“If he made this camera and set up the whole act. This man is awesome in marketing,” another person commented.