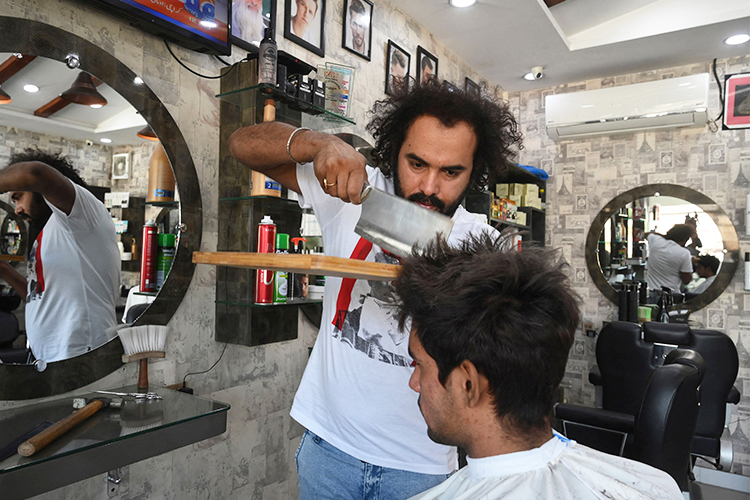 Pakistani barber Ali Abbas uses a butcher knife to cut the hair of a customer at his shop in Lahore.

Abbas's fringe style is proving a hit in the conservative nation, with customers flocking to his shop in the eastern city of Lahore.

During a typical trim, Abbas will take a bit off the top with a blowtorch.

He adds some layers with the help of a cleaver and butcher's block, while occasionally thinning out a thicker mane with a bit of broken glass. 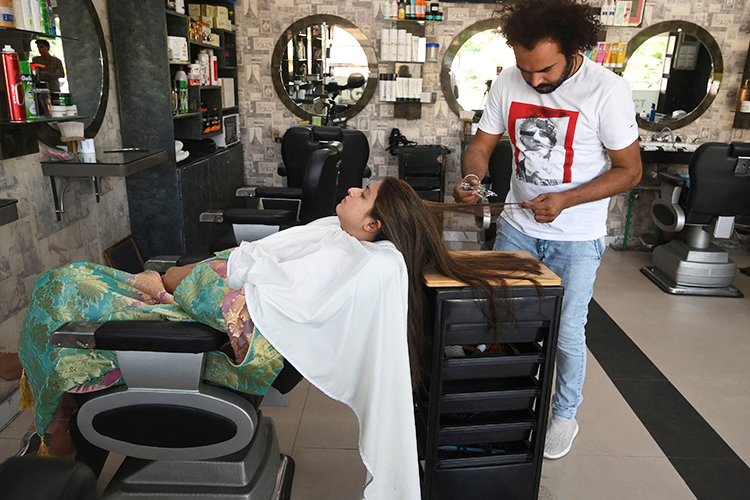 Pakistani barber Ali Abbas uses a piece of broken glass to cut the hair of a customer.

"I thought I should do something different to attract more clients," Abbas told AFP.

"In the beginning, I tried it on artificial hair, and then -- after practising it for some time -- I used it on a client, and he liked it a lot."

Since first unveiling his style in 2016 and after brushing away customer fears, he says the unconventional approach has become a hit.

His popularity has only grown since, resulting in television appearances and fashion shoots.

"There has been a very good response from my clients, who were quite scared in the beginning," said Abbas, whose eccentric manner and own unkempt, frizzy locks gives him the look of a mad scientist. 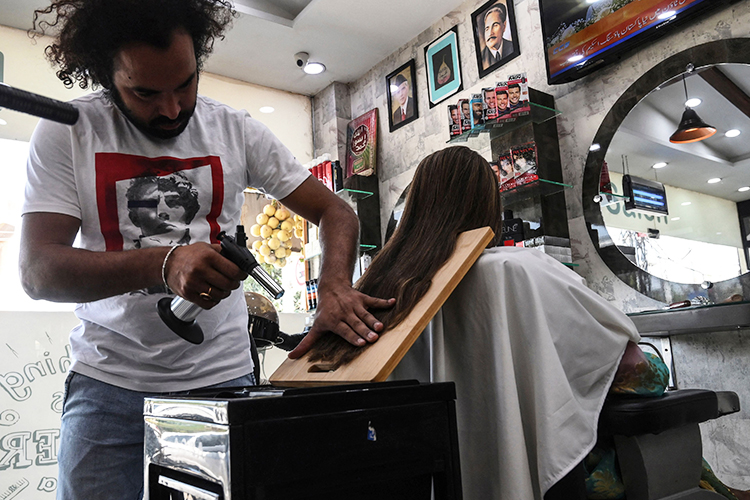 Pakistani barber Ali Abbas uses a blowtorch to cut the hair of a customer.

"I am feeling quite relaxed and comfortable," said Ali Saqlain, as the barber took a blowtorch to his head.

Abbas says he also enjoys a large number of women customers, who he charges an additional 500 rupees for extra styling.

"I had my hair cut done at this salon three times," said Arooj Bhatti.

"I prefer it to be done with a cleaver as my hair grows fast after," she added.