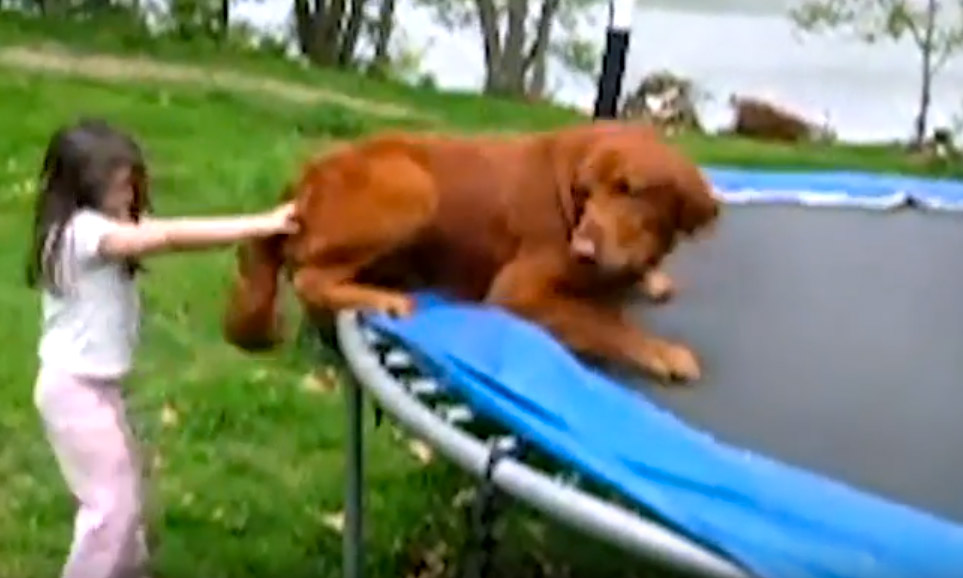 This photo shows the screenshot from the video.

Dogs are truly a human being’s best friend. Their bonding with their master and the people of the house is beyond compare. Their barking may sound irritating to some, but there could be a strong reason for that — maybe they are alerting the occupants of the house to some strange happening, thus protecting them in the process. And they certainly have a high degree of emotional intelligence, and exactly know how to measure the mood of those in the house, specially children.

When the children are excited, the dog keeps in lockstep too, its happiness going skywards. An adorable moment of a dog and a toddler jumping enthusiastically on a trampoline in the backyard has gone viral on social media. Strangely the dog is a Rottweiler. Such dogs are calm and aloof, and do not make friends with people easily. But this dog seems thrilled to bits seeing the little girl jumping up and down on the trampoline. With ecstatic, dogged devotion the pet follows its little master, even performing somersaults and rolling over its head first. 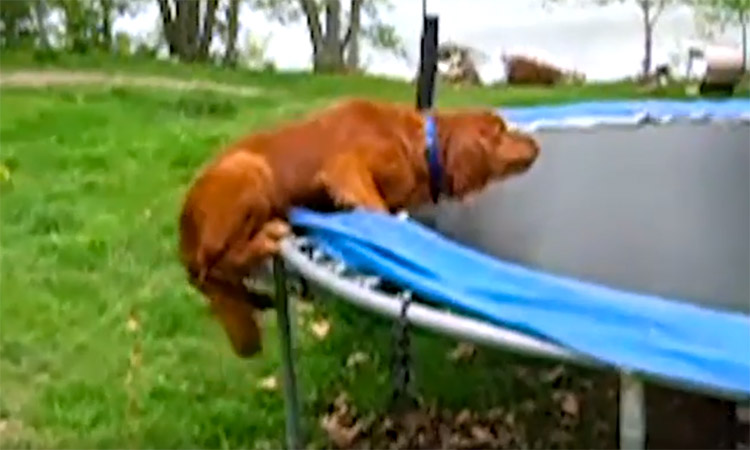 An adorable moment of a dog and a toddler jumping on a trampoline has gone viral on social media.

The video shows an elated three-year-old Alex, from the mountainous US state of Wyoming, jumping with her best friend, Kona, a two-year-old Rottweiler. The dog appears to be in tandem with the little girl's movements as they jump and keep looking for each other. The video was captured by Alex's parents on May 5.

In the footage, Alex's mother can be heard laughing from behind the camera. As Alex, wearing a pink dress, shouts "wow" and "bounce", the dog barks in response and rolls over on its side and on its head. It moves excitedly around the girl and appears to be having a great time. The video has also been shared on Twitter, where it has got more than 112,000 views since May 11, according to a report on the website of an Indian TV news channel.

Some dogs may not like the trampoline, but being on one helps the canine bandwagon develop a great connectivity with their owners while having some enjoyable moments. Some dogs may need training before they get familiar with this medium. For this, dog owners can use their favourite toy to lure them onto the surface and then train them regularly. 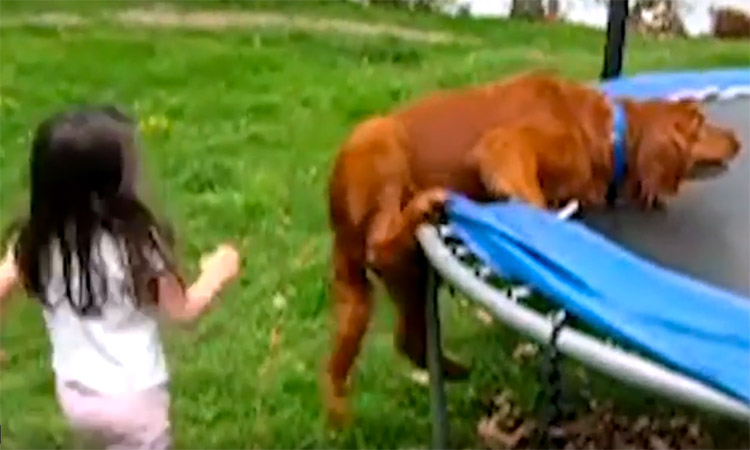 The video was captured by Alex's parents on May 5.

In another funny video posted a few days ago, a dog can be seen asking for food with full rage, which evoked a lot of laughter from those saw it.

We are living in very stressful times, thanks to the coronavirus. Such fun moments add some spice and cheer to our drab daily lives, and bring in that rare smile and laughter that were so regular before the dreaded pandemic set in. As Mark Twain once said, “Grief can take care of itself, but to get the full value of a joy you must have somebody to divide it with.”