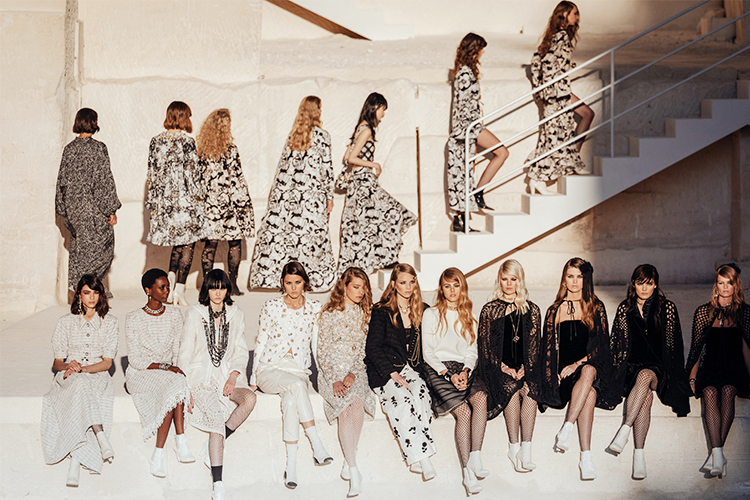 Chanel brought a touch of rock to the south of France, unveiling on Tuesday a mainly black and white collection of fringed, beaded and leather outfits for its 2021/2022 cruise line.

Against the backdrop of the empty venue's white limestone walls, models sashayed in graphic black and white dresses, printed tops and trousers as well as dungarees frayed at the bottom.

The quarry was the set of the classic 1960 arthouse movie "Testament of Orpheus" by French author, playwright and artist Jean Cocteau, who was a friend of the fashion label's founder Gabrielle Chanel. 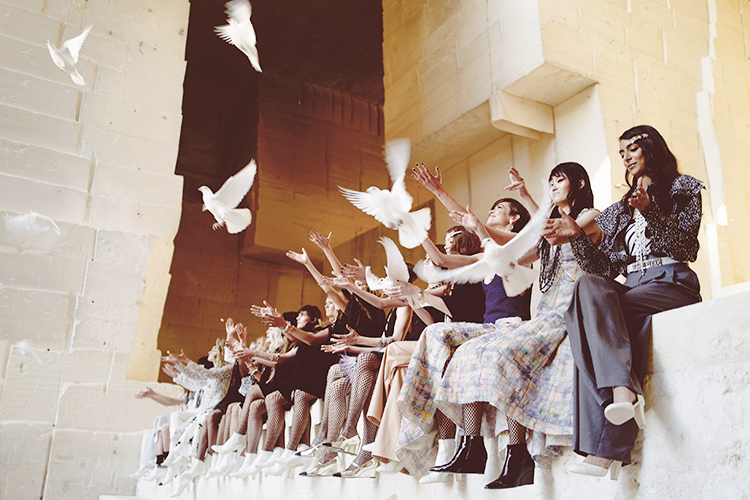 Chanel's traditional tweed jackets and skirts were fringed or embroidered with lucky charms.

"I love the film 'Testament of Orpheus'. In particular this magnificent scene: a man with a black horse's head descends into the Carrières de Lumières, his silhouette cut out against the very white walls," Viard said in shownotes.

There were also capes over short frilly dresses. Frocks were beaded on the sleeves while Chanel's traditional tweed jackets and skirts were fringed or embroidered with lucky charms. There were nods to punk as well as mod looks.

"Lots of fringes, in leather, beads and sequins, T-shirts bearing the face of the model Lola Nicon like a rock star, worn with tweed suits trimmed with wide braids, and pointed silver Mary-Janes (shoes). A look that recalls as much the modernity of the sixties as that of punk."

After the presentation, which was filmed at the weekend, brand ambassadors Vanessa Paradis and Charlotte Casiraghi took part in an outdoor musical performance with French singer Sébastien Tellier. 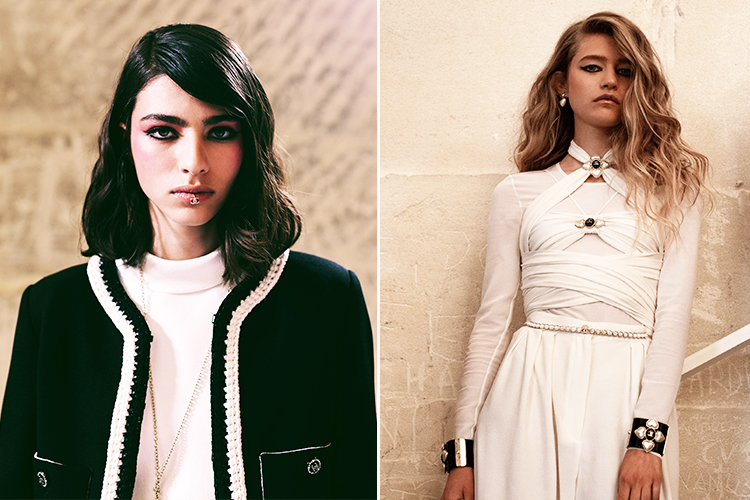 There were nods to punk as well as mod looks.

After the COVID-19 pandemic forced designers to go digital, Chanel is planning to host a catwalk show with an audience during Paris couture week in July as France gradually unwinds lockdown measures.

The brand has chosen fashion museum Palais Galliera as the venue, according to Women's Wear Daily.

"I hope other houses will follow," Bruno Pavlovsky, president of fashion at Chanel, told the publication.