'We are all the same': Barcelona church opens doors to Ramadan dinners - GulfToday

'We are all the same': Barcelona church opens doors to Ramadan dinners 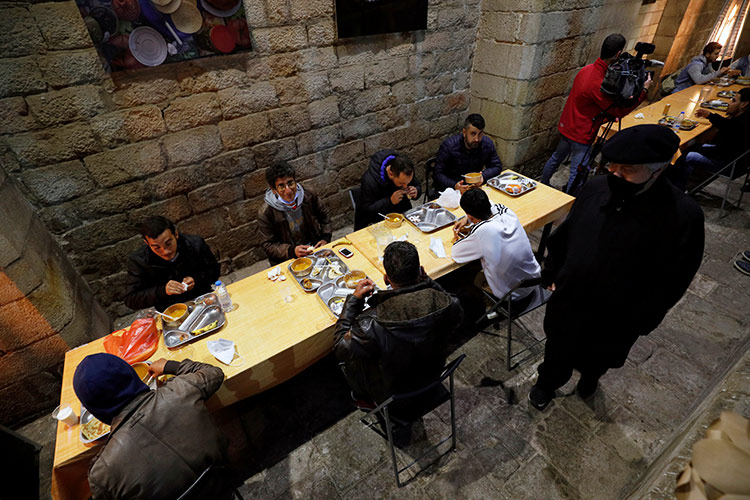 With COVID-19 restrictions preventing Barcelona's Islamic population from celebrating Ramadan at the usual indoor venues, a Catholic church has offered up its open-air cloisters for Muslims to eat and pray together.

Every evening between 50 and 60 Muslims, many of them homeless, stream into the centuries old stone passages of the Santa Anna church, where volunteers offer a hearty meal of home-cooked food.

"We are all the same... If you are Catholic or of another religion and I am Muslim, that's fine," said Hafid Oubrahim, a 27-year old Moroccan of Berber descent who attends the dinners. 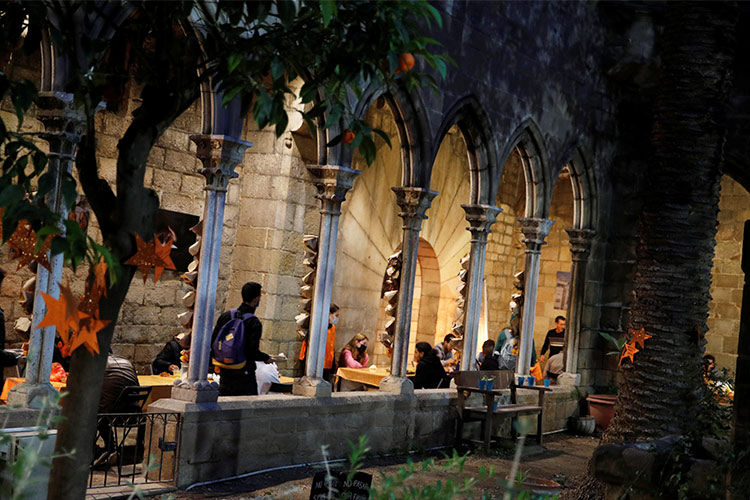 People eat during a charity Ramadan dinner in the cloister at Santa Anna church.

"We are all like brothers and we must help each other too."

During the month of Ramadan, observant Muslims do not eat between sunrise and sundown, breaking their fast only after nightfall with a meal known as Iftar.

Faouzia Chati, president of the Catalan Association of Moroccan Women, used to organise Iftar gatherings in the city, but limits on indoor dining forced her to seek an alternative space with good ventilation and room for distancing.

She found a receptive ear in Father Peio Sanchez, Santa Anna's rector, who sees the meeting of different faiths as emblematic of civic coexistence.

"People are very happy that Muslims can do Iftar in a Catholic church, because religions serve to unite us, not to separate us," said Chati. 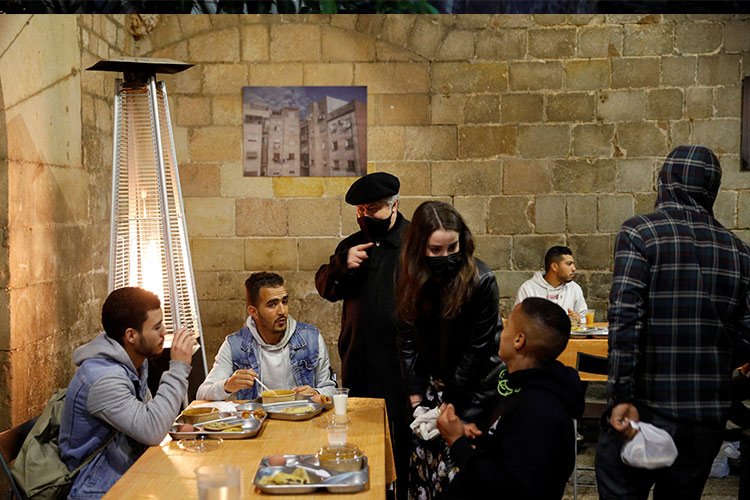 Sanchez looked on as a man intoned the Muslim evening call to prayer beneath the orange trees of the church's central courtyard, illuminated by the flames of gas heaters.

"Even with different cultures, different languages, different religions, we are more capable of sitting down and talking than some politicians," said the rector.