There could be life underneath the surface of Mars, study says - GulfToday

There could be life underneath the surface of Mars, study says 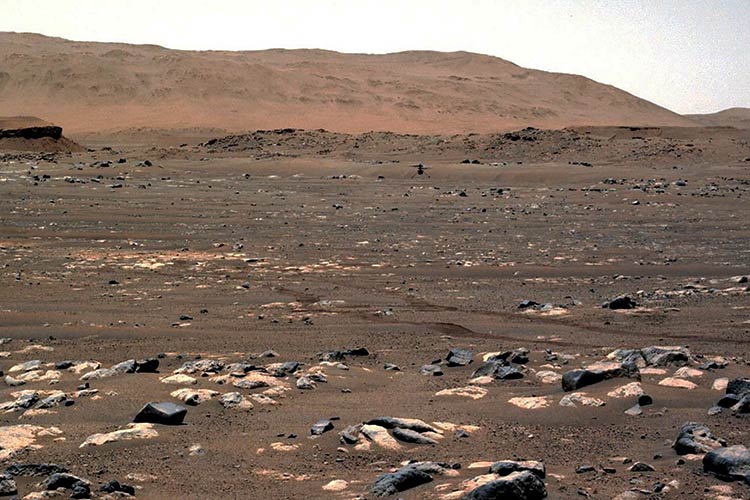 Microbial life could be currently lurking beneath the surface of the red planet. TNS

The underground surface of Mars has ingredients that could support alien life, as per a new study.

The research suggests there could be microbial life currently lurking beneath the surface of the red planet, ready to be discovered.

The new research, published in the journal “Astrobiology,” attempted to understand the conditions underneath Mars by looking at the chemical composition of Martian meteorites.

Those rocks are a clear look at the red planet, since they are rocks that were once lying on the surface of Mars until they were blasted off and landed on Earth

The study found that if those rocks were consistently in contact with water, they would be able to produce the kind of energy that allows microbial communities to flourish in the dark depths of the Earth.

Since the meteorites could be an indication of conditions in large parts of the crust of Mars, it does suggest that much of the rock beneath the surface of Mars could in fact be able to sustain life.

The research does not indicate one way or another whether life got started on Mars, a question that a number of space agencies hope to solve with rovers and other work in the coming years.

But it does indicate that if it did, it would have been able to find the conditions needed to survive.

“The big implication here for subsurface exploration science is that wherever you have groundwater on Mars, there’s a good chance that you have enough chemical energy to support subsurface microbial life,” said Jesse Tarnas, a postdoctoral researcher at NASA’s Jet Propulsion Laboratory who led the study as a PhD student at Brown University.

“We don’t know whether life ever got started beneath the surface of Mars, but if it did, we think there would be ample energy there to sustain it right up to today.”

The research drew on work over recent decades that has shown that the areas underneath the surface of Earth support their own biome of living things that exists largely separated from the world above.

Lacking sunlight, these creatures survive using the by-products of chemical reactions produced when rocks come into contact with water.

The new study looked to see whether that same process could happen on Mars.

It used not only pieces of Martian meteorites but also data sent back from the red planet itself, from Nasa’s Curiosity rover and other spacecraft in orbit around the planet.