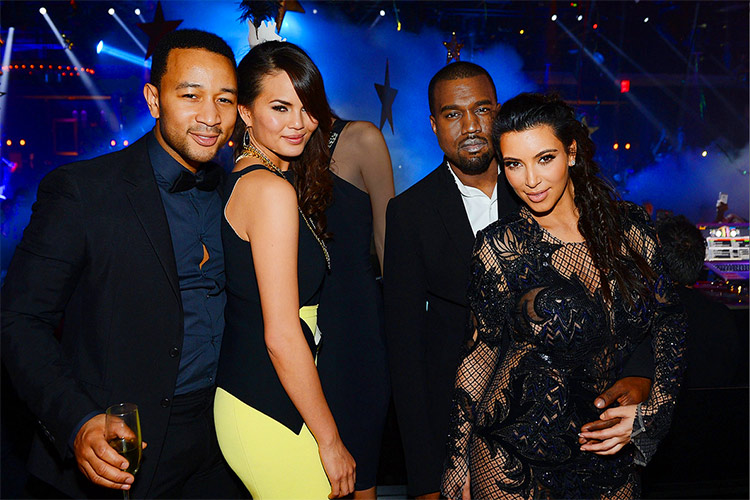 Chrissy Teigen has commented on the disintegration of the marriage of her close friends, Kim Kardashian and Kanye West.

The A-list reality TV couple are in the midst of officially ending their seven-year marriage after Kardashian filed for divorce in February.

Now Teigen, a close friend of the couple, has shed light on the split in an episode of Watch What Happens Live on Tuesday evening.

Speaking to host Andy Cohen, Teigen offered an update on how Kardashian is coping.

“Kim is doing okay. I know Kim gave her all for everything,” she said.

“It’s honestly a shame that it didn’t work out because I saw them being a forever relationship. I really did, but I know she tried her best.”

Kim Kardashian and Kanye West pose for a photograph. File

During a Q&A segment later on in the show, Teigen was asked to comment on the state of the relationship between West and her husband, John Legend.

“If anyone knows Kanye, it’s that he goes off the grid and it’s hard to ever contact him.”

The Keeping Up With The Kardashians star filed the divorce papers in the Los Angeles Superior Court in February through her lawyer Laura Wasser, according to TMZ, which reported that Kardashian is also asking for “joint legal and physical custody” of the couple’s four children: North, seven; Saint, five; Chicago, three; and Psalm, one.

Kardashian, who is currently studying to become a lawyer, has been divorced twice before. She ended her marriage to music producer Damon Thomas in 2004, before later filing for divorce from NBA player Kris Humphries in 2011 after just 72 days of marriage.

West had never previously been married.