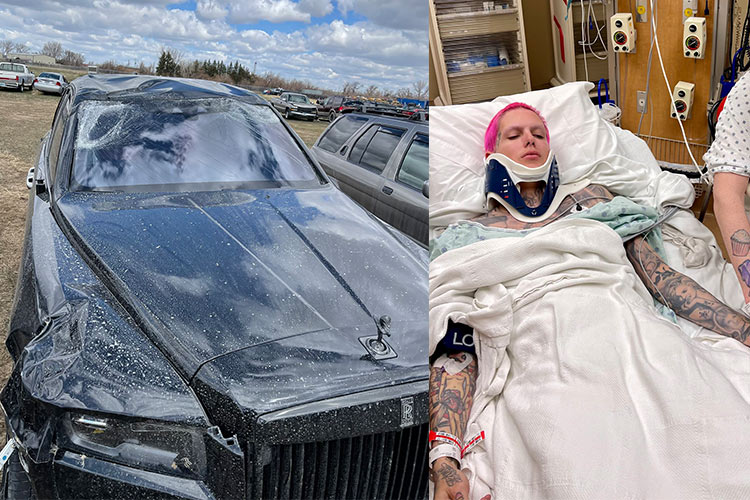 A combo image shows Jeffree Star lying on the hospital bed and his damaged Rolls-Royce.

American YouTuber, entrepreneur and makeup artist Jeffree Star said that his Rolls Royce “saved” the lives of him and his friend after they were involved in a “severe” car accident.

The former singer and songwriter was left in “excruciating pain” after his vehicle hit black ice and flipped over three times while Star and Daniel Lucas were in Natrona County, Wyoming.

The influencer has since been discharged from hospital and is wearing a back brace, while Lucas is still in hospital. 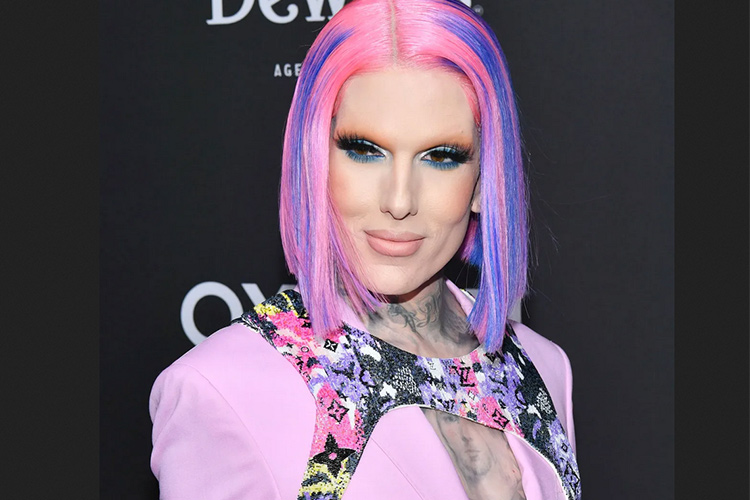 On Saturday (17 April), the Jeffree Star Cosmetics owner shared a picture of his car following the crash.

“This was hard but I had to go see my car today,” Star wrote.

“Thank God a #RollsRoyce is built with highly reinforced steel because it saved our lives. Time to heal and let my body repair.”

In a health update shared on Instagram earlier in the day, Star described the incident as “one of the scariest moments” of his life. 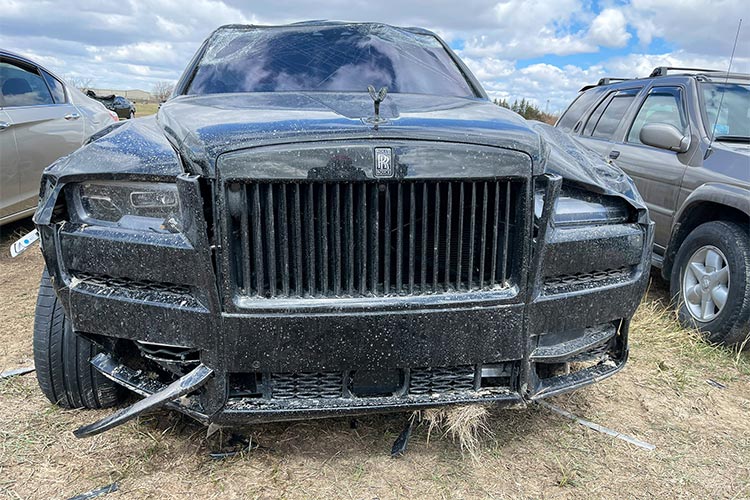 “This morning was one of the scariest moments of our entire lives. I’m so grateful to be here still. I’m in excruciating pain because part of my back is broken and I have vertebrae fractures on my spine. My doctor said it will take a few months but I should make a full recovery,” he wrote.

“My best friend Daniel has internal injuries and because he has survived colon cancer three times, he’s having complications with his organs and they’re monitoring him 24/7. We’ll know more soon. Thank you to every single person checking on us.”

Police confirmed that Star was driving the car and that both he and Lucas had been wearing seatbelts. An investigation into the crash is ongoing.