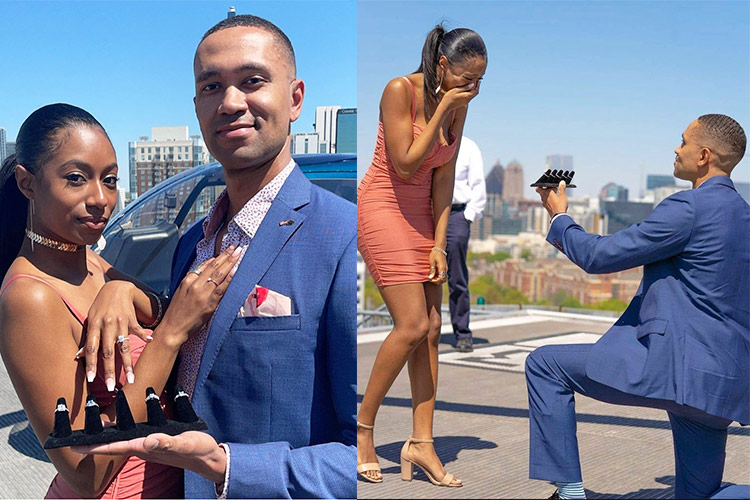 A couple is being praised for their “relationship goals” after a video of their over-the-top engagement video went viral on social media.

Last week, William Hunn proposed to his girlfriend Brittney Miller after first setting the scene with a helicopter ride around Atlanta, a few close friends and a photographer and videographer.

However, Hunn also pulled out all the stops with the engagement ring, as he proposed with five rather than just one once the couple had exited onto a rooftop helicopter pad. 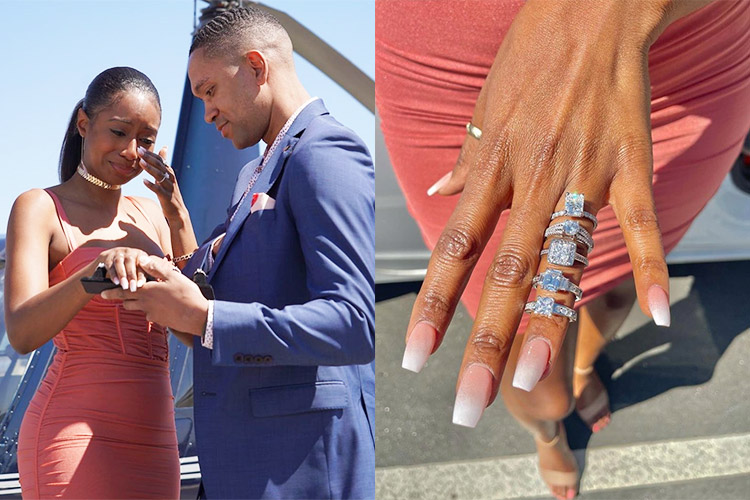 A combo image of Brittney Miller showing her five rings and getting emotional after her boyfriend proposes to her.

In the video of the proposal, which the couple posted on Instagram but that has since circulated on Twitter, Hunn tells Miller: “I thought I knew what love was… until you came back into my life. Not only did you help me realise that I don’t want to live without you… but I realised that I can’t live without you.

“I have to have you. I really do. And I have to spend the rest of this life with you.”

Hunn, dressed in a blue suit, then got on one knee before presenting Miller with a choice of five diamond engagement rings.

“Will you marry me?” he asked, before informing his new fiancée: “You can try all five. Or pick one.” 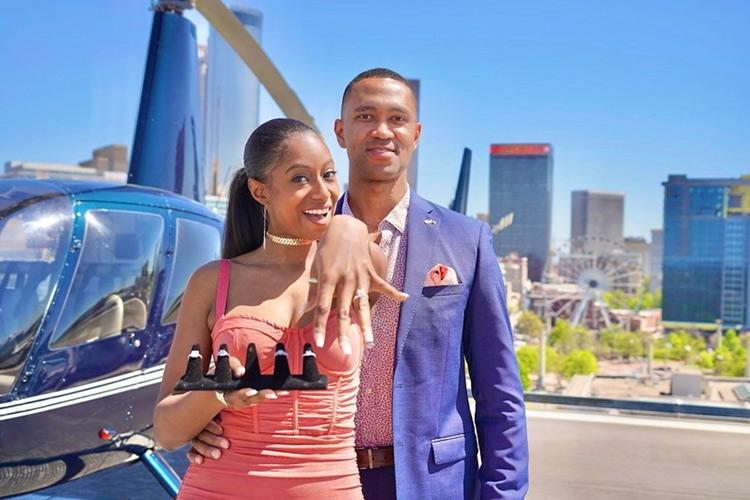 The couple pose for a picture.

In the sweet video, Miller, who already told Hunn “absolutely” as she cried tears of happiness, hesitated before choosing a ring in the middle.

According to the bride-to-be, it wasn’t an easy choice, as the rings were all ones that she had handpicked a few weeks prior, except for the custom rectangular-cut diamond ring that Hunn had chosen himself – and which she ended up choosing.

Of the romantic proposal, Miller, who has been dating Hunn for a little less than a year, told NBC News: “If he had just had our family come from out of state to meet for the first time, and surprised me with one ring, I would have been just as happy. But he wanted to make it very very unique and special, and he did that.” 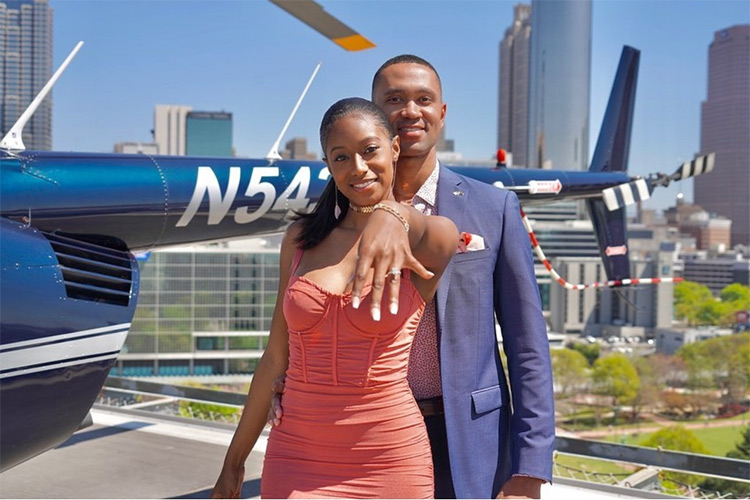 On social media, the gesture was met with an outpouring of applause, with many declaring the proposal as a 'goal' and proof of the “real love” between the couple.

“FIVE RINGS?! The best proposal ever! What a smart man! Goals,” one person tweeted.

Another said: “She got to choose her own ring and be surprised! I’ve never seen something like this before. Love it.”

“Never knew such a flex existed,” someone else joked.

While the couple became engaged after a little less than a year of dating, they have known each other for more than 10 years, after first meeting at Clarke Atlanta University, with Miller telling NBC News that they had remained friends for the entire time.

As for the appreciative response to their over-the-top engagement, Miller said that the couple are grateful and that the world needs “more of that, just all around support, no matter what”. 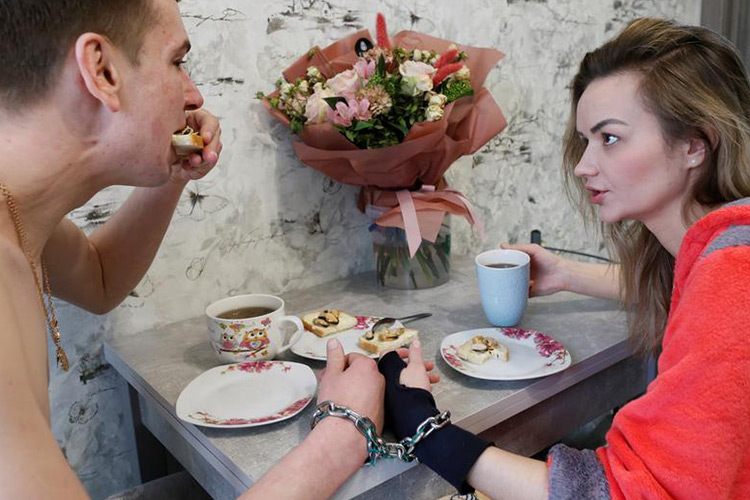 Ukrainian couple handcuff themselves together to avoid breakups