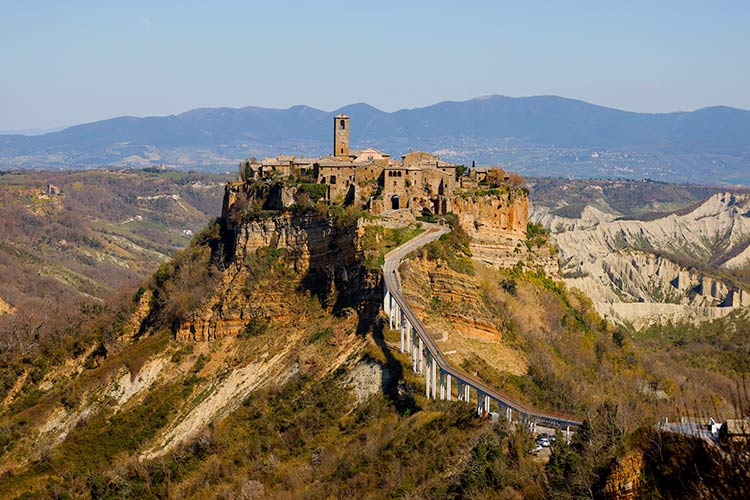 General view of Civita di Bagnoregio, accessible only by a bridge and known as 'the dying town.' AFP

Calling yourself "The Dying Town" may not sound like the best way of attracting visitors, but Civita has learned to make a living out of dying.

And it has resisted definitive death for so long that Italy has nominated it and the surrounding area of stark cliffs and valleys known as "badlands" to be a UNESCO World heritage Site, according to AFP.

Centuries ago, the town was much larger and connected by road to other settlements. But landslides, earthquakes, cracks and erosion have reduced its size dramatically and left it sitting spectacularly alone at the top of a spur.

The famous couch from Friends lands in UAE

When winter clouds are low, Civita looks like a floating castle in the air. On a clear day, the rock on which it rests looks like a slice of a multi-layered cake. 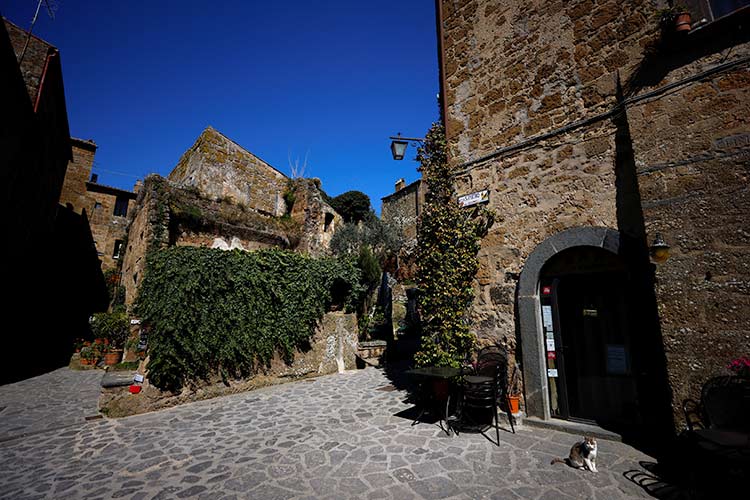 A cat sits in front of a closed cafe. AFP

Clay from an inland sea a million years ago supports strata of compacted ash and magma from subsequent volcanic eruptions.

Civita's past, present and future are the stuff of a geologist's dream, with a major landslide that occurred in 1114 still under study today.

"During three millennia, regressive erosion has practically reduced Civita to a nucleus, leaving the square and a few streets around it," said Luca Costantini, 49, a geologist who is part of project to monitor and slow down the erosion. 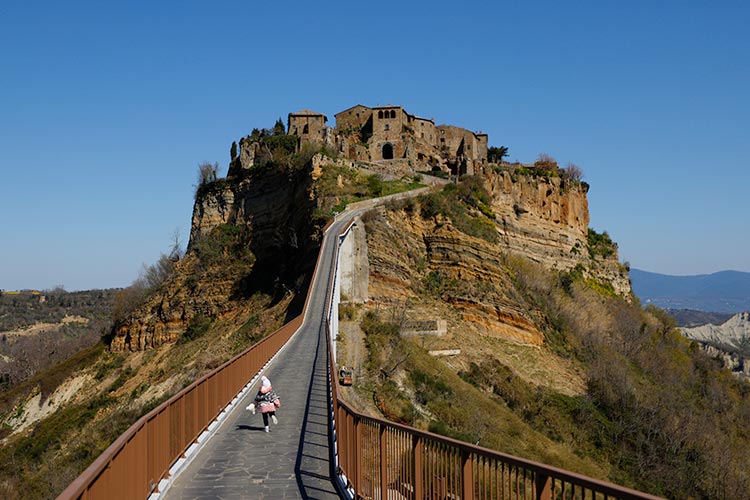 A child runs towards the entrance to the town of Civita di Bagnoregio. AFP

"Our motto is 'resilience' because Civita was founded by the Etruscans, passed through the Roman era and the entire medieval period to reach the present day," said Luca Profili, 32, the mayor of Bagnoregio, of which Civita is a part.

"This place is so fragile," he said.

That fragility is measured in part by an "extensometer", an external telescopic rod that detects movement.

Once spread out on a hill about three times its current size, over the centuries entire neighbourhoods collapsed in landslides. Today it is accessible via a long and steep ramp for pedestrians or golf carts.

The number of permanent residents fluctuates between 10 to 14 depending on the season. Before the pandemic Civita was a draw for tourists travelling between Rome and Florence.

Stefano Lucarini, 29, bought a restaurant in Civita in March, 2020, just days before the first Covid lockdown.

"The timing was not great," he joked. But he is optimistic that after the pandemic, the town can get back on its feet.

"The environmental risk is worrying (but) we hope that for many years everyone will be able to enjoy the town," he said.

The mayor's spokesman, Roberto Pomi, said Italy submitted the heritage site proposal in January and expects UNESCO to decide in June next year. 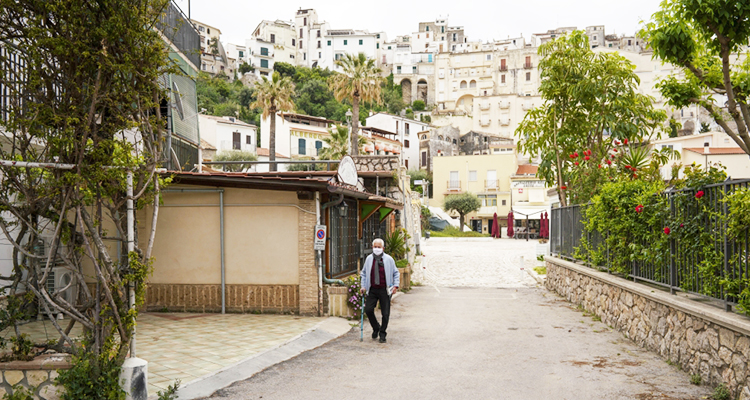 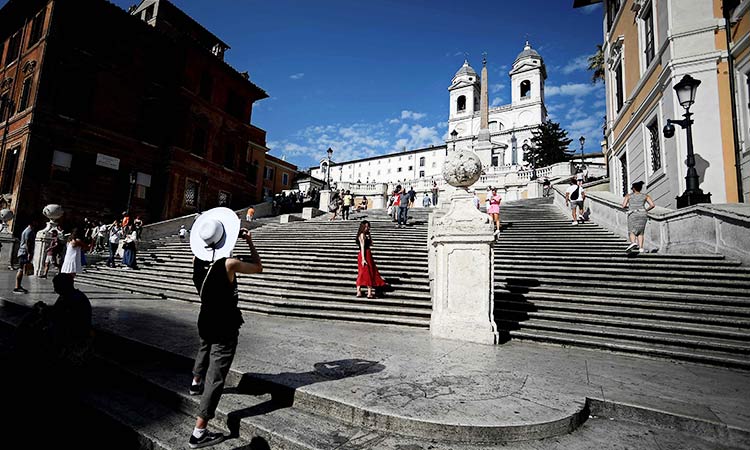