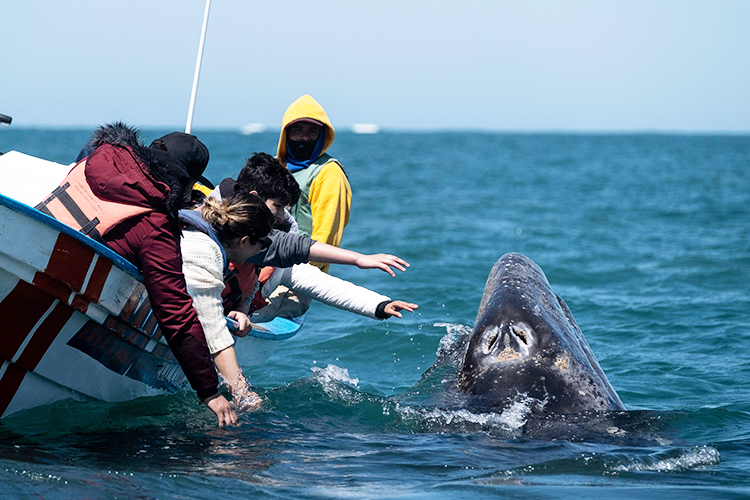 The annual arrival of the migratory mammals, coinciding with a drop in coronavirus infections, has provided a much needed boost to the region's battered tourism industry.

For visitors, close encounters with one of the largest animals on the planet are a welcome respite from a pandemic that has killed more than 200,000 people in Mexico -- the world's third highest toll.

Each year, grey whales travel about 9,000 kilometers (5,500 miles) from their summer feeding grounds off Alaska to mate and give birth in the warmer waters off northwestern Mexico.

Similar in size to a humpback whale but recognizable from their mottled grey coloring, they span up to around 15 meters (46 feet) and weigh as much as 30-40 tons.

'Pay off some debt'

Mexico is one of the few major tourist destinations not to have closed its borders during the pandemic or demanded a negative Covid-19 test result from visitors on arrival. 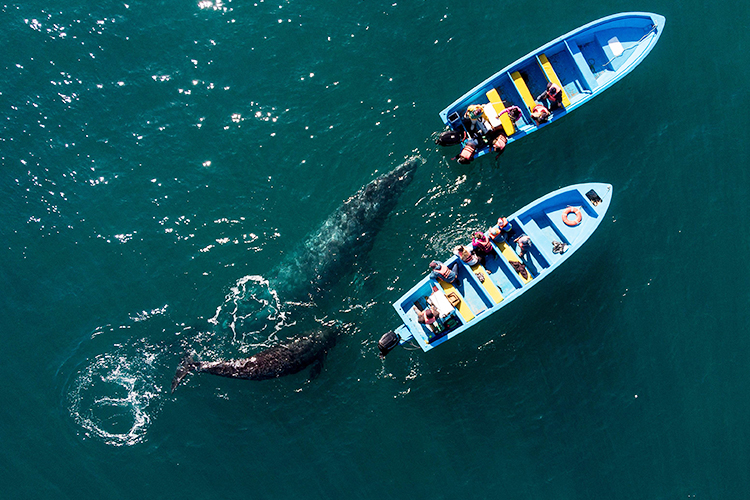 As a result, it was the third-most visited country in the world in 2020.

But it has still been a disastrous time for the tourism industry and whale-watching tour operators were among those hit by a suspension of non-essential activities for part of last year.

Thanks to a decrease in coronavirus infections, the government allowed the boats to go out 30 percent full at the start of this January-April season, which was later increased to 50 percent.

He said that it had been a good season with around 1,500 to 1,700 whales spotted in the El Vizcaino Biosphere Reserve.

Fisherman and tour guide Naman Dominguez was one of those affected by the pandemic restrictions. 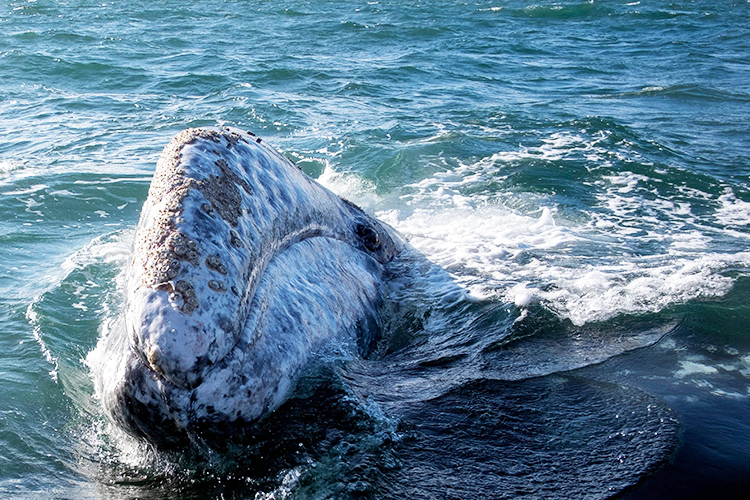 A grey whale is seen at Ojo de Liebre Lagoon in Guerrero Negro.

The grey whale's survival was once at risk after commercial whalers found them wintering along the Baja California peninsula in the mid-19th century.

But the population in the eastern North Pacific has since rebounded strongly and the grey whale is today ranked "least concern" on the list of threatened species of the International Union for Conservation of Nature (IUCN).

The eastern North Pacific is home to the only definitely surviving breeding population, with an estimated size of up to around 27,000 grey whales, according to the IUCN.

And one of the best places to see them is in the lagoons off Baja California where they congregate in winter away from predators like killer whales, offering an unforgettable experience for visitors. 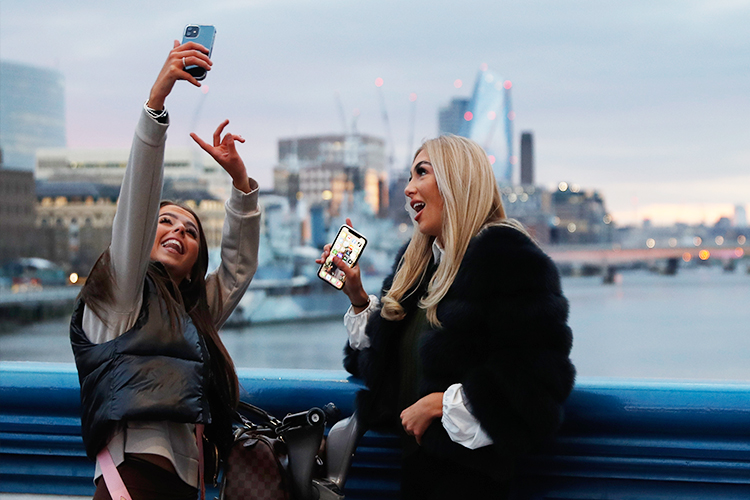