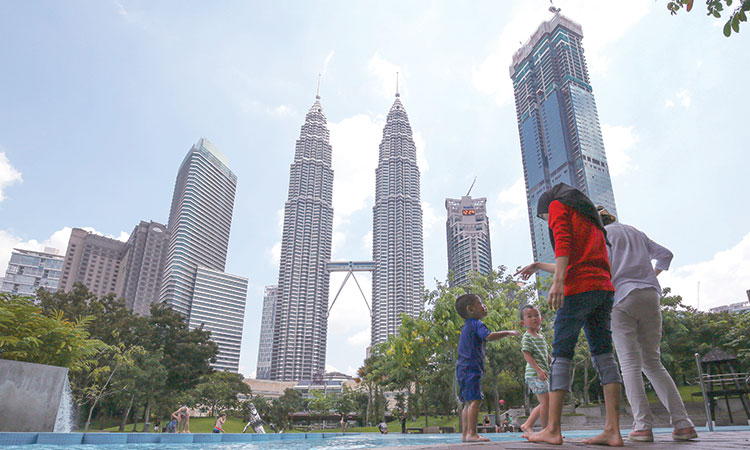 Malaysia is now looking at easing border controls even to international leisure travellers, among the Top 5, alongside Southeast Asians, are the Middle Easterners, pre-COVID19.

Malaysia Tourism Promotion Board-International Promotion Asia & Africa Division senior director Manoharan Periasamy announced this development on Wednesday from the first day of the virtual “Gulf Travel Show,” and specifically at the conference with journalists in the Middle East and India.

For now, only foreign investors and businessmen who must observe and practice internationally-accepted COVID19 preventive measures, while they are expected to stick to their submitted schedules/itinerary, are allowed. Periasamy said the global crisis led to the downgrade of tourism levels in Malaysia from 26 million in 2019 to 4.3 million in 2020.

Malaysia Tourism Board-Dubai director Shahrin Mokhtar detailed that prior pandemic, Middle Easterners accounted to approximately 300,000 tourists per year: Saudis at 131,000; Omanis between 40,000 and 50,000; Kuwaitis at 15,000; and Emiratis between 11,000 and 12,000. Their yearly tourism receipts accounted for three billion Malaysian Ringgits (Dhs2,658,071,021.10). He announced the launch of the new hashtag for the “Malaysia Truly Asia” campaign, #WeMissYou, that echoes the desire of Malaysians to see again friends, colleagues and strangers into their shores once again.

Meanwhile, through another teleconference, International Air Transport Association (IATA)-Africa & Middle East regional Vice President Kamil Al Awadhi announced that the Apple Version downloadable app of the IATA travel pass would be officially launched on April 15 (Thursday): “This is now in the test phase with airlines like Etihad, Emirates and Gulf Air (as participants). The (launch of the) Android Version will take a longer time...It is up to the airline companies and governments to accept (this as part of their health protocols).”

Al Awadhi updated the media on how the COVID19-battered aviation industry is coping. He said airline companies get support from their respective governments. He said “both Africa and the Middle East on board to get international travel re-started.” He sees Europe and the Middle East as the first to have “(their respective) aircrafts back in the sky and people traveling internationally (as in the past).” He believes the IATA travel pass/app that would be seamlessly connected with special apps of airline companies, and digitally stores all pertinent documents for travel-passport, COVID19 and vaccination records as this also guides users to the nearest test centres, is the “most secure and fraud-free.”