VIDEO: Woman goes viral on TikTok after unknowingly holding one of the ‘most venomous octopus species’ in the world - GulfToday 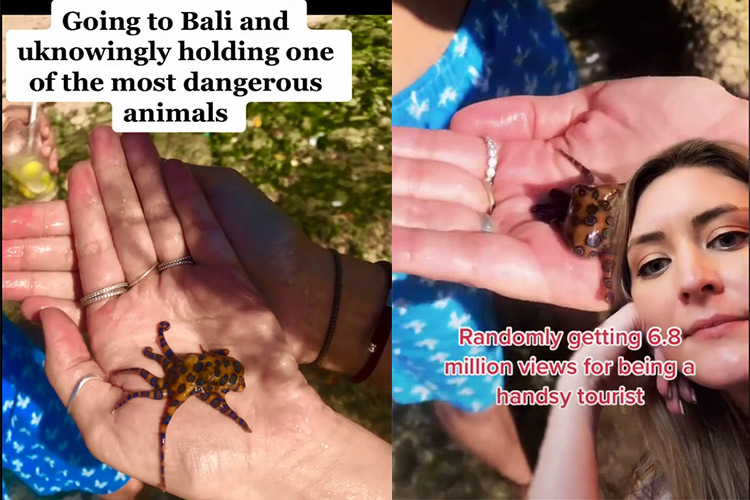 A videograb of the woman holding the octopus.

A woman has gone viral on TikTok after sharing a video of the moment she unknowingly held “one of the most dangerous animals” while studying abroad in Bali.

“Going to Bali and unknowingly holding one of the most dangerous animals in the world,” she wrote on the clip, which then transitions to a screenshot of the Google search results for “blue-ringed octopus,” which are described as a “highly venomous species of octopus”.

In a second screenshot, it describes the animals as carrying “enough venom to kill 26 adult humans within minutes” and having bites that are “tiny and often painless,” which result in victims often not realising they have been bitten “until respiratory depression and paralysis begins”.

“Called my dad crying three hours later,” Phillips captioned the TikTok, which has since been viewed more than six million times.

In a follow-up video, which shows her holding the octopus in her hand, Phillips revealed that she came in contact with the animal while studying abroad in Bali, where she was filming a documentary on animal welfare.

According to Phillips, during the last week, the students had some time off, so they decided to go to Uluwatu beach, where she recalled they saw “really interesting wildlife” including starfish and crabs.

“While we were there, we saw really interesting wildlife,” Phillips recalled. “The starfish there were, like, really long and skinny, they weren’t like here in the US where they’re more condensed. They were very thin. I remember the crabs looked different. They were very boxy. 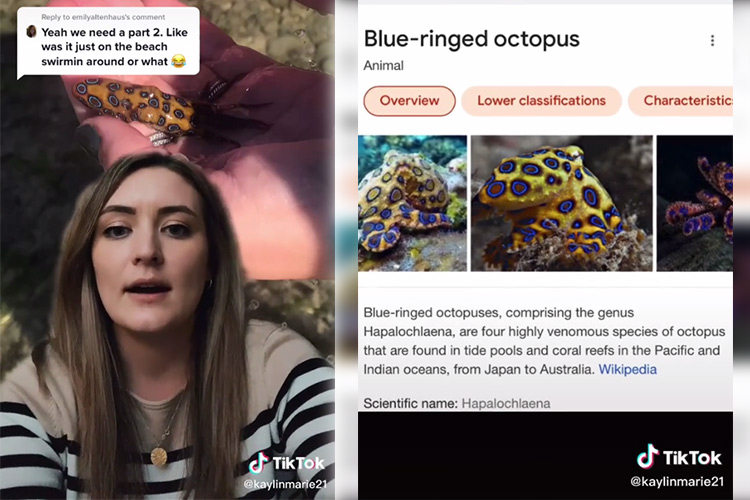 “And I remember when we saw this little guy swim up, we picked him up. There were about three of us passing him around and we didn’t think anything of it.”

In the clip, Phillips then recalled that the group had also seen a similar octopus and had picked that one up as well, revealing that she remembers “putting them down and them kind of lingering”.

However, according to Phillips, it wasn’t until later, when she posted a photo of the animal on her Instagram Story, did she find out that they were venomous.

According to Oceana, an international organisation dedicated to the oceans, the blue-ringed octopus, which is “named for the bright blue circles that they display on their bodies and arms,” is found in tide pools and shallow reefs throughout the western Pacific and Indian oceans.

In addition to describing the animal as “are one of the most venomous octopus species in the world,” the organisation also notes that “there is currently no known anti-venom to treat a person who has been bitten”.

According to the Ocean Conservancy, after a person is bitten, they experience muscle numbness, and other symptoms including nausea, vision loss or blindness, loss of senses and loss of motor skills.

“Ultimately, it will cause muscle paralysis - including the muscles needed for humans to breathe, leading to respiratory arrest,” the organisation states.

However, according to the organisation, “victims can be saved if artificial respiration is started immediately”.

In response to the close encounter, many have said that the experience is proof Phillips is lucky, while others have pointed to the video as proof why you’re not supposed to touch brightly coloured plants or animals.

According to the American Museum of Natural History, animals use bright colours and patterns to warn predators to stay away, a defense known aposematism.

“I literally gasped,” someone else wrote. 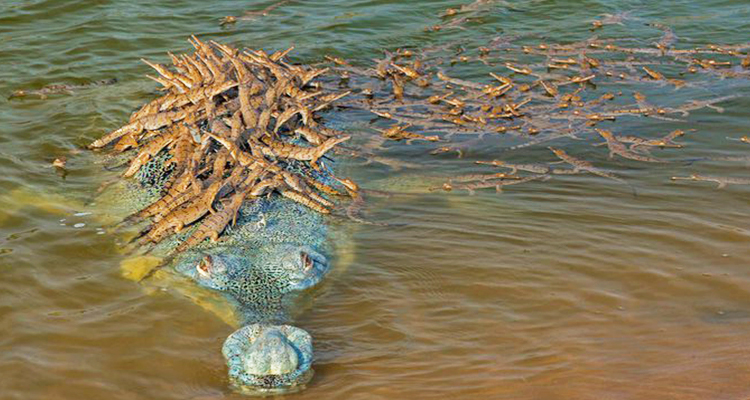 A picture of an alligator swimming across the Chambal river with its young ones on its back is doing the rounds on social media. 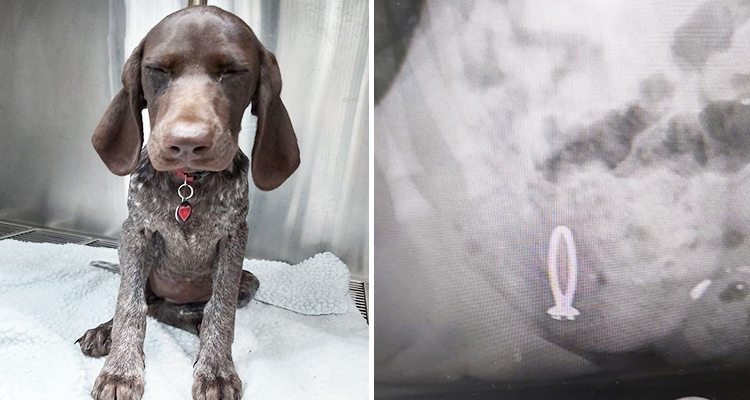 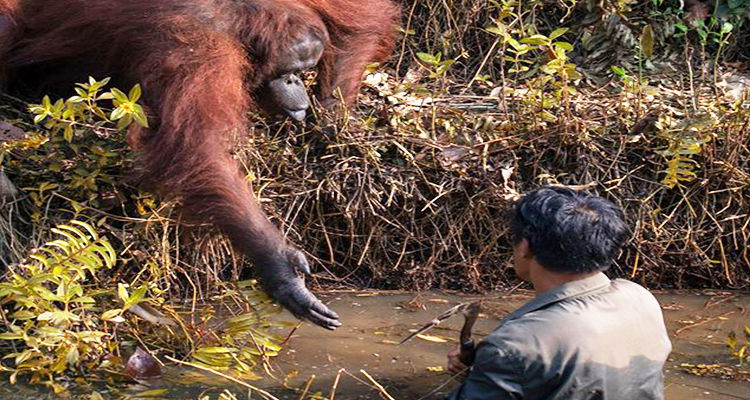