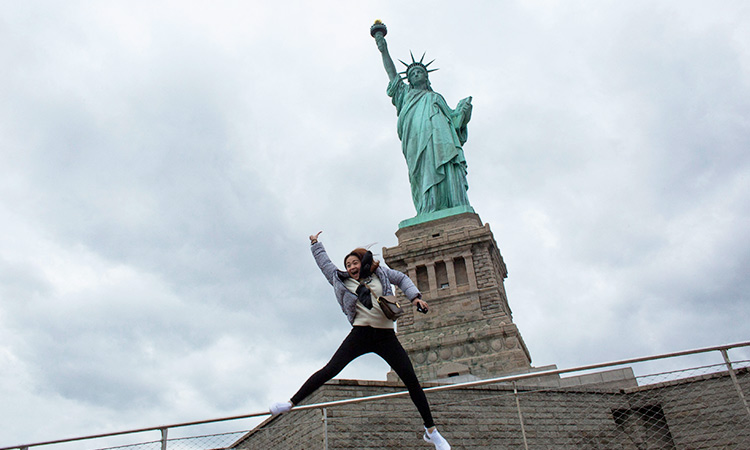 A woman from Michigan jumps as she poses in front of Statue of Liberty. AFP

New Yorkers are taking advantage of the absence of tourists during the pandemic to visit iconic sites in the Big Apple that they would normally avoid. 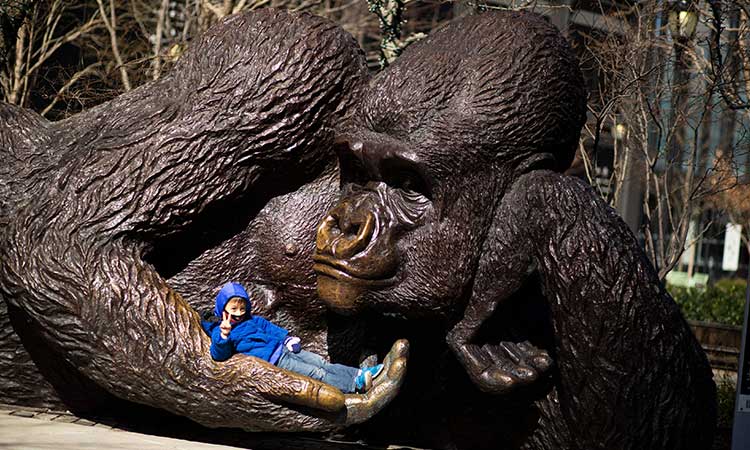 A visitor from Colombia poses in the hand of the bronze gorilla statue King Nyani on the Hudson Yards. AFP

In normal times, even although it is not peak season, hundreds of tourists would be posing for selfies in front of the copper icon of freedom.

Alexander Lumbres, a student at City University of New York, has been to the island 20 times before, but never been able to enjoy a crowd-free view of the statue.

"It was really hard for me to take pictures. Usually, we would go around the backside, just to get like a proper picture with the family and everything," he said. 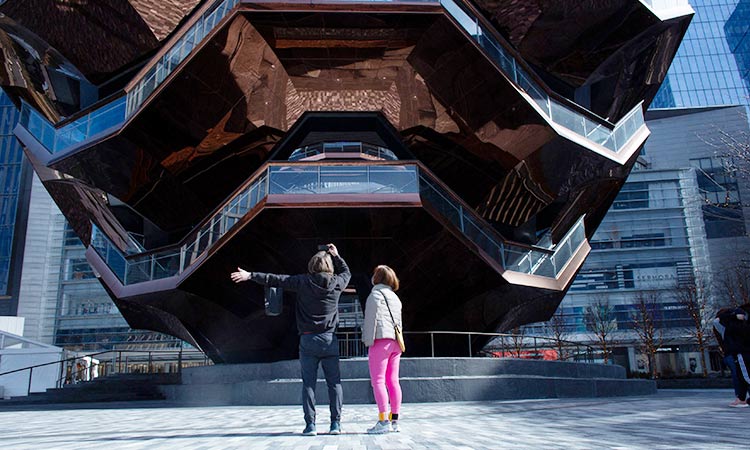 People take a picture in front of the Vessel at the Hudson Yards. AFP

Roughly 67 million tourists visited New York City in 2019. In 2020, visitor numbers were a third of that, and most came before the pandemic began ravaging the city in the spring.

NYC & Company, which markets the Big Apple around the world and which cut its workforce by almost a half because of coronavirus, launched the "All in NYC" campaign to encourage New Yorkers to visit their own city.

Getting New York back on its feet is "going to start with New Yorkers" said executive vice president Christopher Heywood. 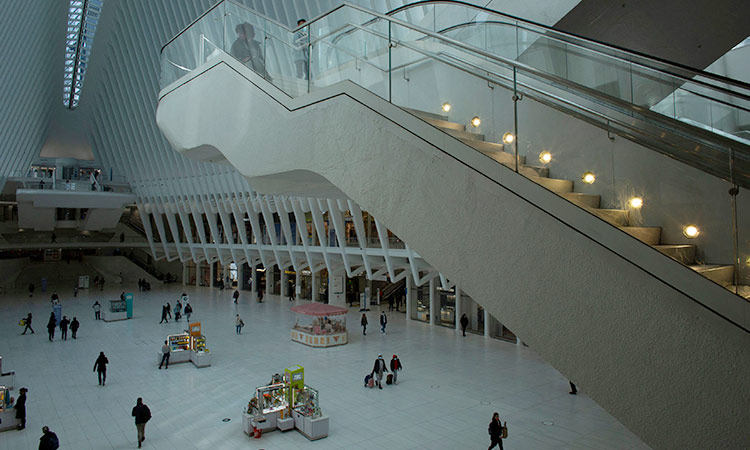 General view of the Oculus at the World Trade Center. AFP

"When you live here, you take it for granted," said Darlene Vann, who's in the military and stationed in New York for a year. She was visiting the Statue of Liberty for the first time.

Jerry Willis, of the National Park Service, the government agency that manages national parks and sites, said "New Yorkers are famous" for not visiting renowned sites on their doorstep.

In the fourth quarter of 2020, the Empire State Building observation deck recorded a 94 percent drop in visitors compared to the same period the year before, despite being open for the full three months.

At the 9/11 Memorial, only a few dozen people tend to walk amid the former home of the World Trade Center's Twin Towers.

Many New Yorkers avoided the memorial during its first few years, either out of trauma or because it was too crowded, to the point that organizers launched a specific marketing campaign in 2016 entitled "Our City. Our Story". 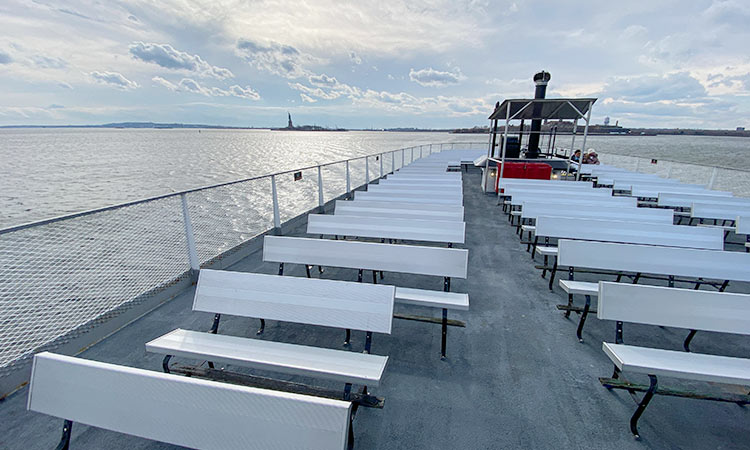 Empty benches are seen as a ferry returns from the Statue of Liberty. AFP

"(Normally) I wouldn't be coming down here on a Friday. But the streets down here in the Wall Street area downtown are pretty deserted. So it just seemed like the right thing to do on such a beautiful day," he told AFP.

"It's about time we get back to the normal hustle and bustle of the city. We enjoyed that when we were living here when we were younger," said Jay Vann.

With the partial reopening of cinemas and large arenas such as Madison Square Garden, NYC & Company's Heywood sees positive moves in the right direction.

"It's been gradual, but we are starting to make our way toward a recovery," he said.

But he says the real turning point will be when Broadway reopens, which may not be until September.

"Broadway will be that catalyst that we need to be able to signal to the world that New York City is absolutely open for business," he said. 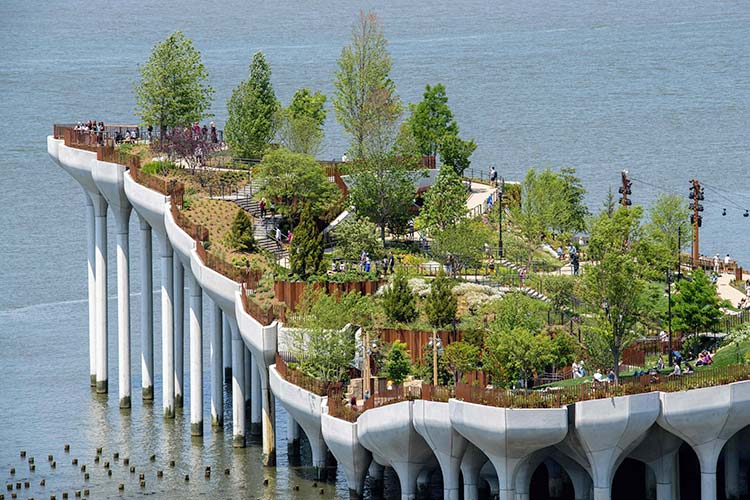