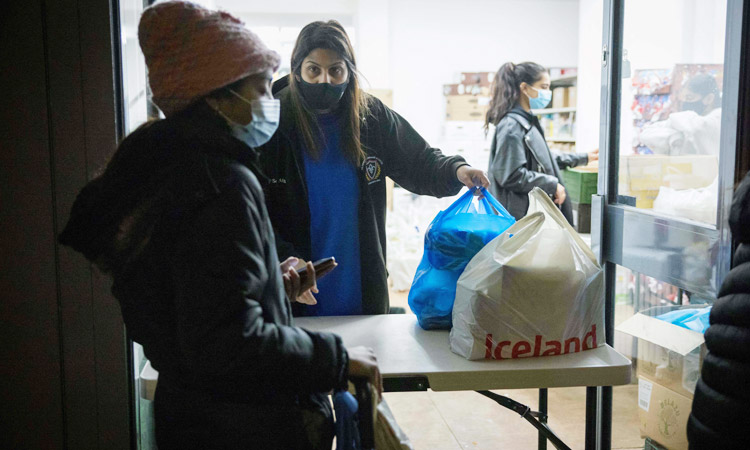 On a recent rainy evening in East London, dozens of young people lined up outside a cramped community hub to collect rice, vegetables and other food essentials.

In the line were foreign students who came to Britain to pursue their dreams of higher education, but have found themselves plunged into pandemic-driven poverty.

"Finding food here is hard — prices are higher compared to India," said Jay Patel, an Indian student among those waiting outside the Newham Community Project, a local charity handing out the foodstuffs. 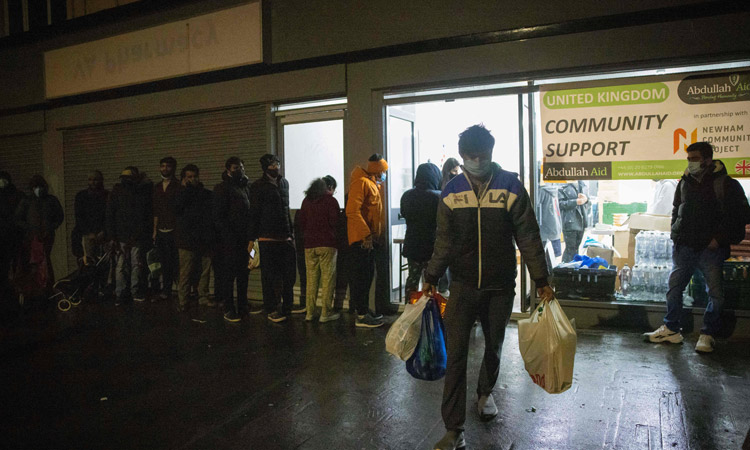 The 19-year-old, who is studying at the University of Greenwich in southeast London, said he has been unable to get a part-time job during the health crisis and could not ask his family back in India for money.

The food bank, which conducts the handouts three nights a week, has become a lifeline for Patel and other foreign students facing a similar plight.

"I actually arrived at the wrong time," he added of coming to the UK. "It's a very difficult situation. Without this support, I guess we would have to start starving."

Britain — which is among the hardest hit countries in Europe from the coronavirus, registering nearly 120,000 deaths and severe economic fallout — is a popular destination for foreign students.

Repeated lockdowns across the country, requiring all hospitality venues and non-essential retail shops to close, have led to millions losing their jobs. Students, who often work in low-pay roles in restaurants, bars and stores, have struggled in particular.

Despite frigid temperatures and driving rain, the line outside the Newham Community Project remained long throughout the evening until the doors closed at 11:00pm.

Volunteers have become familiar with some of the regulars, who have been visiting the food bank every week for more than six months.

Inside, they busily pack bags with the packets of rice and other essentials, including ingredients to make vegetarian or halal meals. 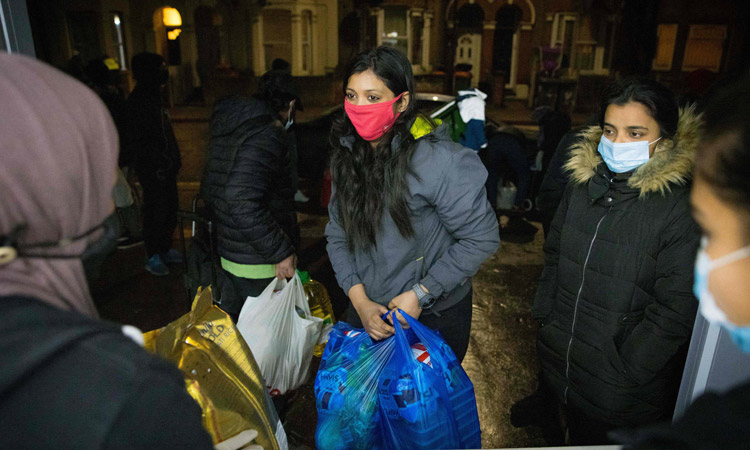 The grassroots organisation, first formed in 2008 to help the neediest in Newham — one of the more deprived areas of the British capital — began its food distribution efforts during the first lockdown last April, when the Holy Month of Ramadan began.

"We started with about 20 food packs a day but slowly, within a couple of weeks, we were getting 800 students," said manager Elyas Ismail. "We saw the need was enormous, so we've just decided to carry on. And the numbers have just been basically increasing every week."

Ismail estimated he now helps around 2,000 households weekly — including some groups of up to 15 students crowded into single flats, given London's high rental costs.

Ismail noted they are typically from poor families. Often their parents sold jewellery and other possessions of value to fund their children's relocation to the UK. 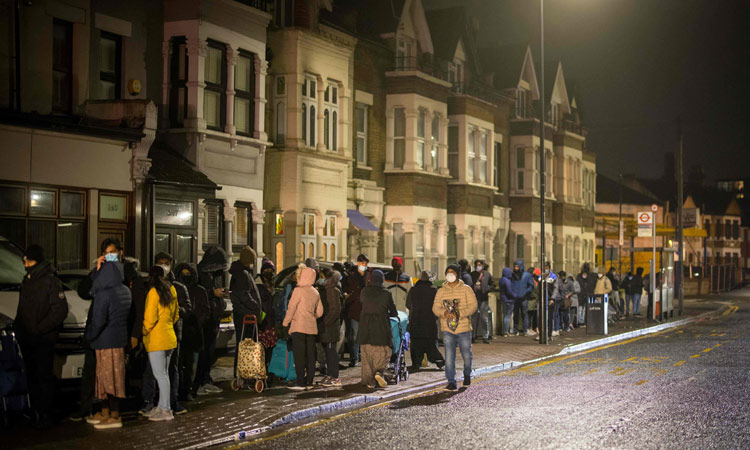 Volunteer Aamena Ismail, 21, added that their student visas do not allow them to access any government support. "It's honestly heartbreaking, they come in hoping for a better life," she said. "The UK government needs to take into account that this policy is just unfair."

Alpef Shaik, 23, is one such student who came to Britain to fulfil the dream of his uneducated parents that he get "a better education" for himself.

Six months after his arrival to complete a masters course at the University of East London, the pandemic hit and resulting lockdowns began. "Things changed very much and it got worse, worse, worse," he told AFP, noting it scuppered his studies and part-time job.

Shaik said the costs of living and studying in the UK were now "not worth it." "I'm paying for a Rolls-Royce and I'm getting an old normal Toyota car," he added.

Mohammed Ahmed, 25, came to London to support his wife, who is studying at the private BPP University, but now also fears their future is in jeopardy. "Due to this pandemic situation, we can't fulfil our expectations," he said.

"If the situation continues like this, I'll need to go back to my country, because we can't survive." 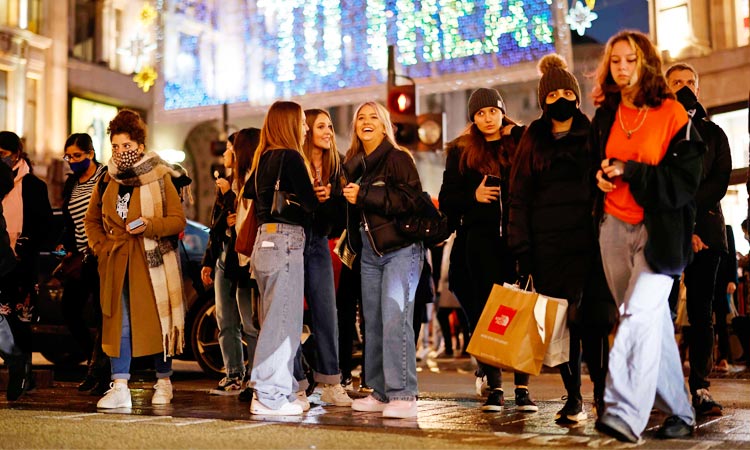 The World Health Organisation (WHO) is aware of a new variant of COVID-19 that has emerged in Britain, but there is no evidence the strain behaves differently to existing types of the virus, it said on Monday. 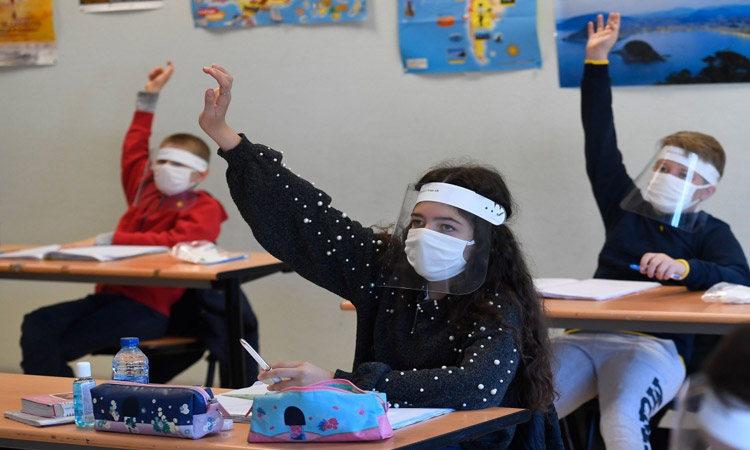