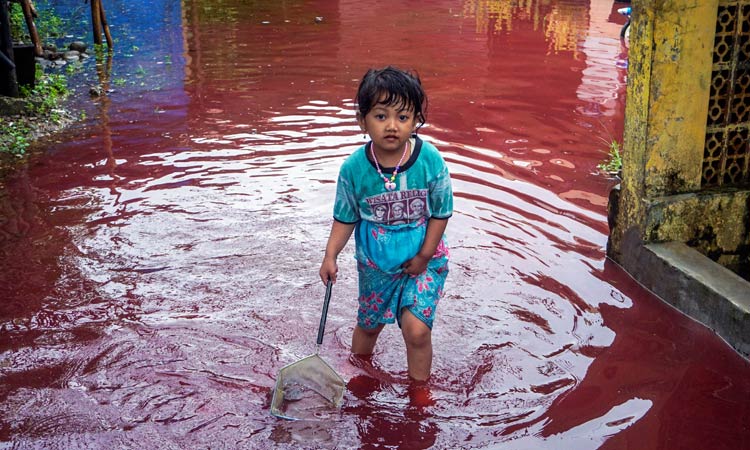 A girl walks through a flooded road with red water due to the dye-waste from cloth factories, in Pekalongan, Indonesia, on Saturday. Reuters

A surreal, blood-red river inundated the Indonesian village of Jenggot after floods hit a nearby batik factory on Saturday, causing a frenzy on social media.

Thousands of users on Twitter shared photos and videos of the village south of Pekalongan city in Central Java being flooded by crimson-coloured water, which some social media users said reminded them of blood.

"I am so afraid if this photo gets into the bad hands of hoax spreaders," said a Twitter user Ayah E Arek-Arek. "Fear mongering narratives about signs that it is the end of the world, bloody rain etc." 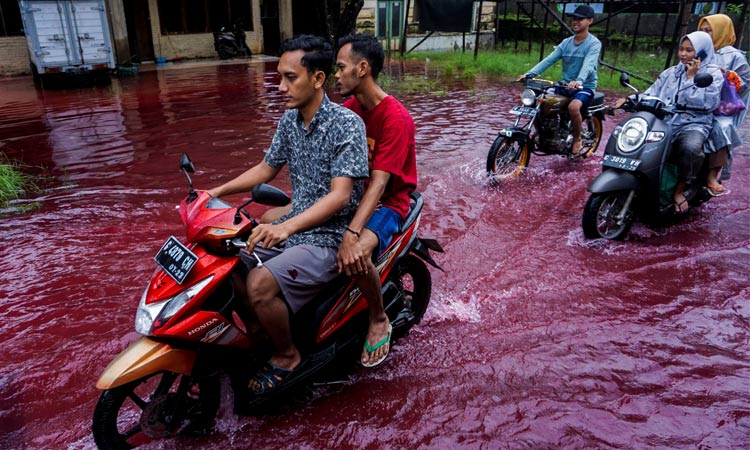 People ride motorbikes through a flooded road with red water in Pekalongan. Reuters

Pekalongan is a city known for manufacturing batik, a traditional Indonesian method of using wax to resist water-based dyes to depict patterns and drawings, usually on fabric.

It is not uncommon for rivers in Pekalongan to turn different colours. Bright green water covered another village north of the city during a flood last month. 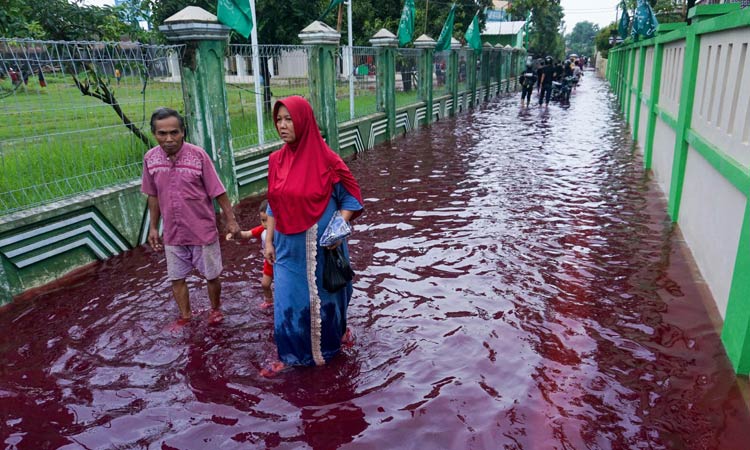 Residents wade through floodwaters dyed red from the waste of a batik factory in Pekalongan. AFP

"Sometimes there are purple puddles on the road too," said Twitter user Area Julid, who claimed to be from the area.

The head of Pekalongan disaster relief, Dimas Arga Yudha, confirmed that the photos being circulated were real. 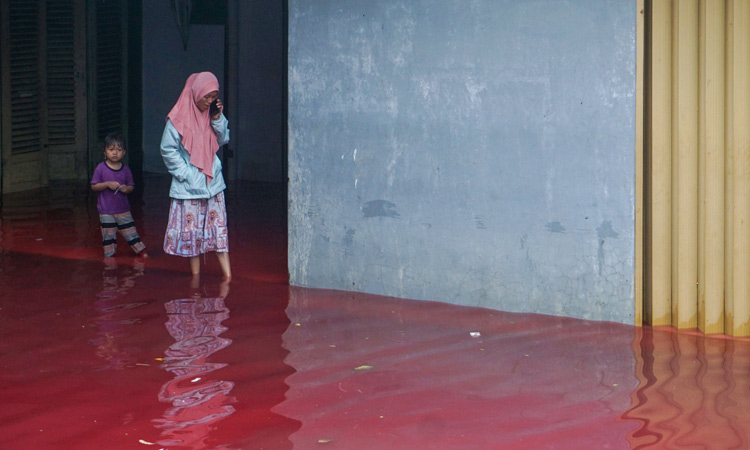 Residents wade through floodwaters dyed red from the waste of a batik factory in Pekalongan. AFP

"The red flood is due to the batik dye, which has been hit by the flood. It will disappear when it mixes with rain after a while," he said.