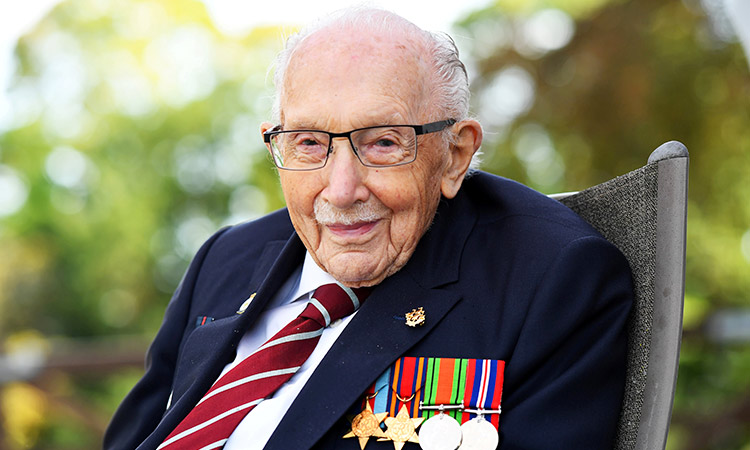 The centenarian was admitted to Bedford hospital on 31 January, a week after he tested positive for Covid-19, following treatment for pneumonia, according to the Independent.

His daughters, Hannah and Lucy, said in a statement that, “It is with great sadness that we announce the death of our dear father, Captain Sir Tom Moore.

"We are so grateful that we were with him during the last hours of his life; Hannah, Benjie and Georgia by his bedside and Lucy on FaceTime. We spent hours chatting to him, reminiscing about our childhood and our wonderful mother. We shared laughter and tears together.

"The last year of our father's life was nothing short of remarkable. He was rejuvenated and experienced things he'd only ever dreamed of."

Captain Tom, a WWII veteran, became the nation’s sweetheart after he set an initial goal of raising £1,000 by his 100th birthday in April 2020 by walking around his garden in Maston Moretaine, Bedfordshire, with a walking frame. 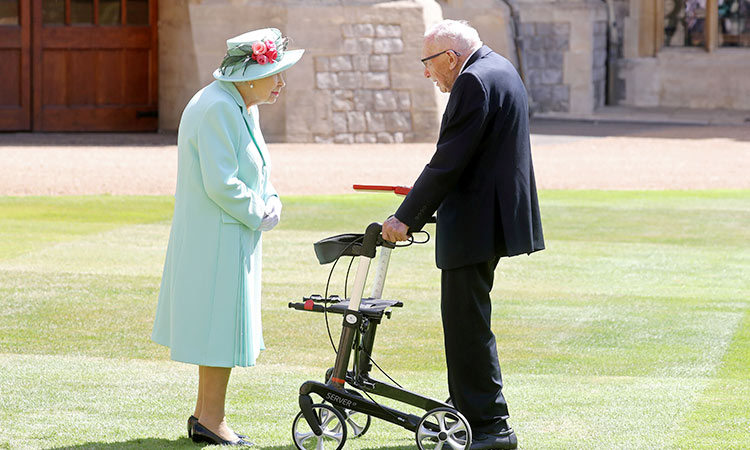 He went on to raise around £33 million for the NHS, breaking two Guinness world records. He was also knighted by Queen Elizabeth and became the oldest artist to claim a UK No 1 single for his cover of You’ll Never Walk Alone with Michael Ball and the NHS Voices of Care choir.

The Queen and prime minister were among hundreds of thousands of people who paid tributes to the hero almost within minutes of the announcement of his passing.

The Royal Family’s Twitter account said: "The Queen is sending a private message of condolence to the family of Captain Sir Tom Moore.

“Her Majesty very much enjoyed meeting Captain Sir Tom and his family at Windsor last year. Her thoughts and those of the Royal Family are with them."

Boris Johnson labelled him a “hero in the truest sense of the word”.

The prime minister said: "In the dark days of the Second World War he fought for freedom and in the face of this country's deepest post war crisis he united us all, he cheered us all up, and he embodied the triumph of the human spirit.

"It is quite astonishing that at the age of 100 he raised more than £32 million for the NHS, and so gave countless others their own chance to thank the extraordinary men and women who have protected us through the pandemic.

Ministers have faced criticism, including from members of Prime Minister Boris Johnson's own party, about giving out mixed messages on whether people should arrange summer holidays in the wake of the COVID-19 pandemic. 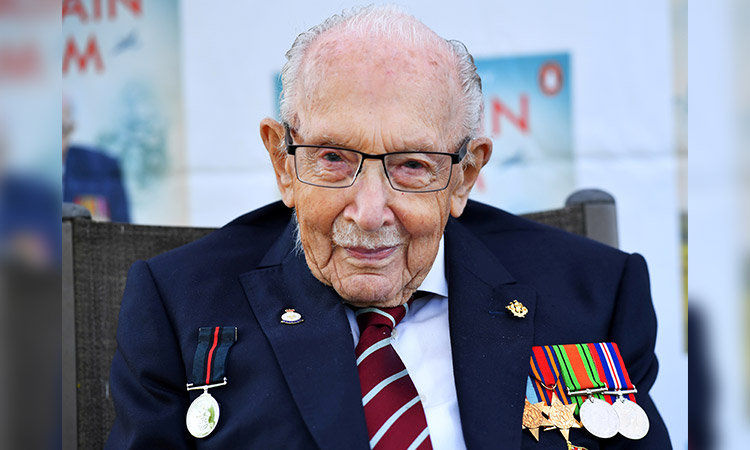 Captain Tom Moore in hospital after testing positive for coronavirus

Sir Tom is being treated for pneumonia on a ward in Bedfordshire after needing additional help with his breathing, his daughter said in a tweet.

Public health experts and the WHO say vaccines save up to 3 million lives every year worldwide, and decades of research evidence consistently shows they are safe and effective.