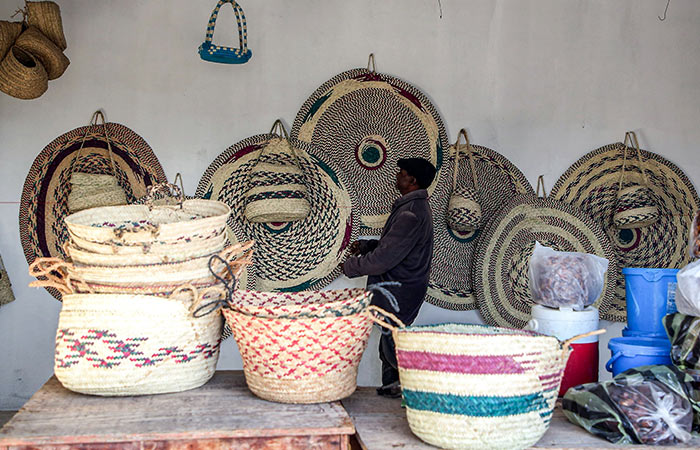 Using date palm leaves from palm fronds, Halima Mohamad weaves baskets. A traditional skill handed down over the generations, reconnecting her to a way of life nearly lost due to conflict.

"We must preserve this heritage inherited from our ancestors," said 55-year-old Mohamad. "It's our identity."

The mother of two spends an average of 16 hours a day in the room that serves as her workshop, plaiting the fronds into baskets, trays, floor mats and wall decorations.

The town of Tawergha was targeted following the toppling of Muammar  Kadhafi in 2011, forcing its 40,000 residents to flee.

Around a third of the original population of the town have returned, though the scars of 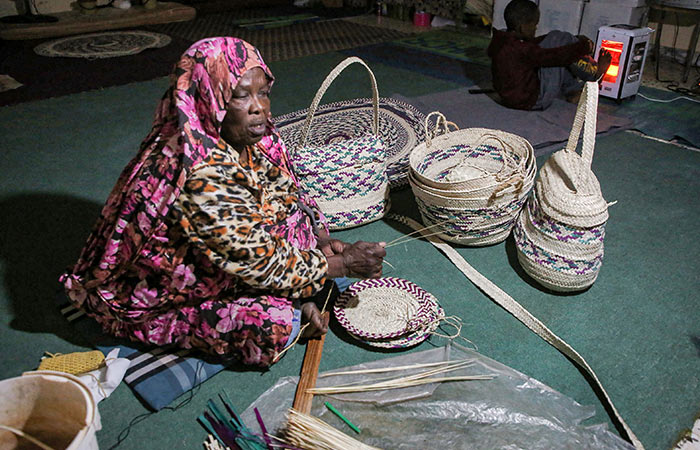 The town’s old tradition of weaving serves as a way of earning income.

"I work long hours because the income is decent," Mohamad said.

The process of knotting the thin leaves together, accompanied by its fresh scent brings back Mohamad childhood memories.

The strands are coloured with three traditional dyes -blue, green and purple- to add splashes of design.

"We use special dyes," she said. "We fill large barrels in which we boil the palm leaves until they soak up the colours."

Supple strands are selected, dried in the sun for days then soaked in water to soften before the weaving can even begin, she added.

"My father and my sisters have been working in basketry for almost 50 years, and I started doing it 20 years ago," she said. 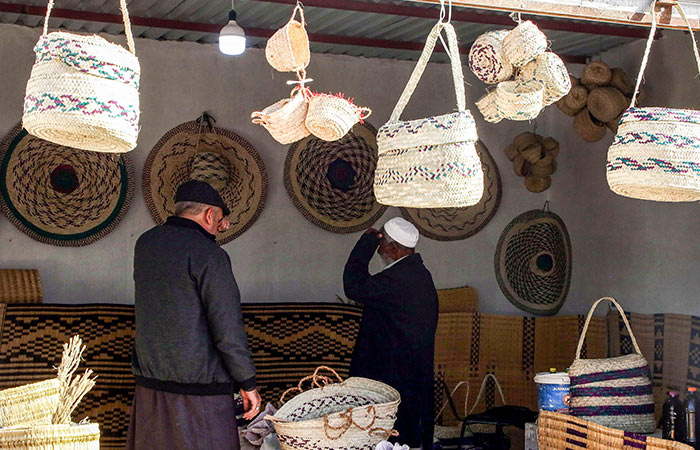 A workshop run by a local group and supported by the International Organization for Migration (IOM) brought in experts to help perfect the weaving techniques.

There is no shortage of raw material, with thousands of date trees dotted all around.

"In the past, there was a famous Monday market, where artisans traded handicrafts, crockery and woven textiles," said Faraj Abdallah, head of a handicrafts association in Tawergha.

But the weavers still struggle, competing against modern goods and cheaper imports from neighbouring Algeria, Egypt and Tunisia, while weavers say there is no export strategy.

"The authorities must allow exports to allow this craft to prosper," said Mahmud Khairi, owner of a basket shop in Tawergha.