Woman sells Bernie Sanders doll for over $20,000, donates to charity 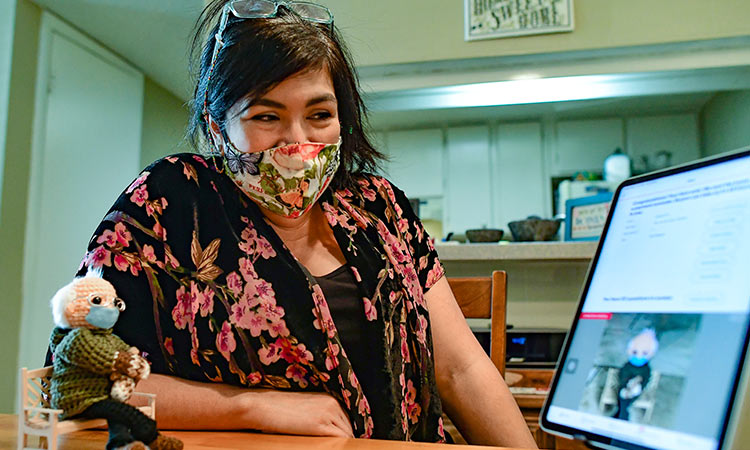 Bernie Sanders went from becoming a hit meme to a nearly $20,000-crochet doll in less than a week.

After the Vermont senator went viral on social media for his simple Inauguration Day fashion choices of quirky brown mittens and over-sized olive green coat, Tobey King in Texas got to crocheting. She turned the sensational meme that trended for days into a crochet doll.

"It’s mind-blowing because I knew Bernie was trending because of that picture, and I already had a Bernie pattern and a Bernie doll. So, I just went and got that and I modified that super quick,” King said. 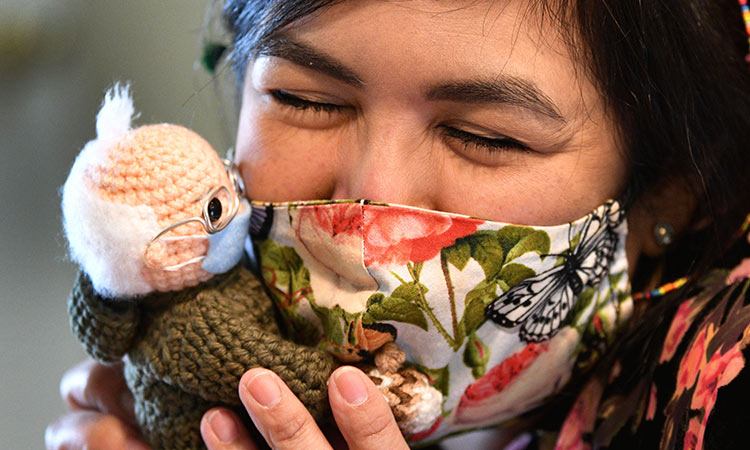 But recreating Sanders' exact look that captured people's eyes, and laughs, took King about seven hours of non-stop crocheting, in addition to the time she had invested in the design a year ago. And her attention to detail is obvious, nailing the iconic mittens that stole the show on Inauguration Day.

"The mittens are not that hard it’s just some color changing, a special stitch,” King said.

King, 46, initially posted photos of the 9-inch doll on her Instagram account, and they garnered thousands of likes and comments. By Saturday, she posted the doll on eBay and auctioned it for $20,300, which she said will be donated to Meals on Wheels America. Her donation was inspired by Sanders, whose campaign created sweatshirts with the meme on them and donated all the proceeds to Meals on Wheel in Vermont. 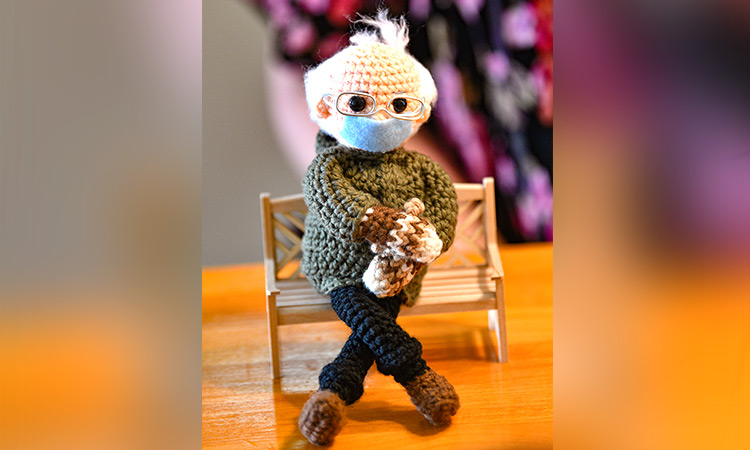 A crochet Bernie Sanders doll made by Tobey King, of Corpus Christi, Texas is on display. AP

"This could be my purpose; this is my new path,” King said. "This is a new way of helping people in a way that I’ve never been able to do before.”

King, who lives in Corpus Christi, Texas, said more than 30,000 people bought her Sanders doll crochet pattern from her Etsy store. She said she hopes Sanders approves of her efforts.

"I really hope that he thinks this is something cool and that I’m doing something good,” King said.