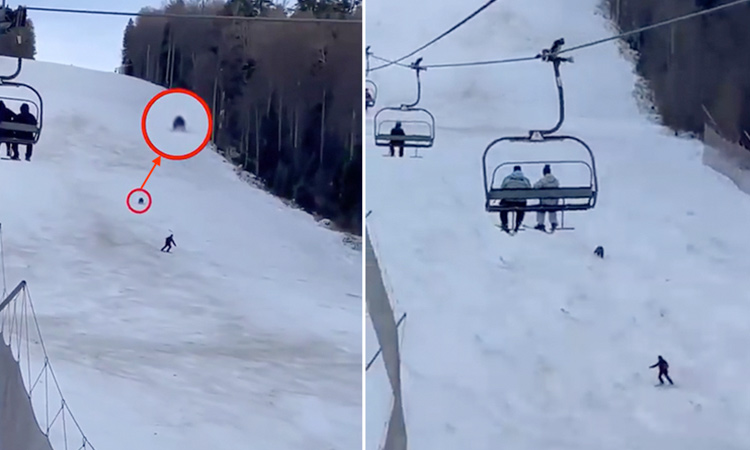 A combo image shows the bear running after the man in Clabucet Ski Slope.

In a rare incident, a video of a bear chasing a skier down the slopes in a Romanian resort is doing the rounds on social media platforms.

The tourist who was skiing on the slope in Predeal had the misfortune to be chased by a bear. At first, the animal began to follow him and then started the hot pursuit.

People who were in the chairlift noticed the brown bear and tried to warn the skier.

According to Digi24, the people in the chairlift shouted at him, "Go faster…! Come on, the bear is chasing you! Go faster! God forbid, don't look back! ”

Predeal, the mountain resort area in Brașov County, Transylvania, is the highest town in Romania. It is a very popular tourist destination.

The young man managed to stay out of trouble and reached safe grounds.

A police spokesperson associated with the incident said the tourist did the right thing when he threw away his backpack and the bear stopped to examine the backpack.

According to resort officials and local police, three calls were received signaling the presence of a bear.

However, this is not the first time that the presence of a bear has been reported on the Clăbucet Ski Slope.

Authorities have urged tourists and residents to remain vigilant of such incidents. 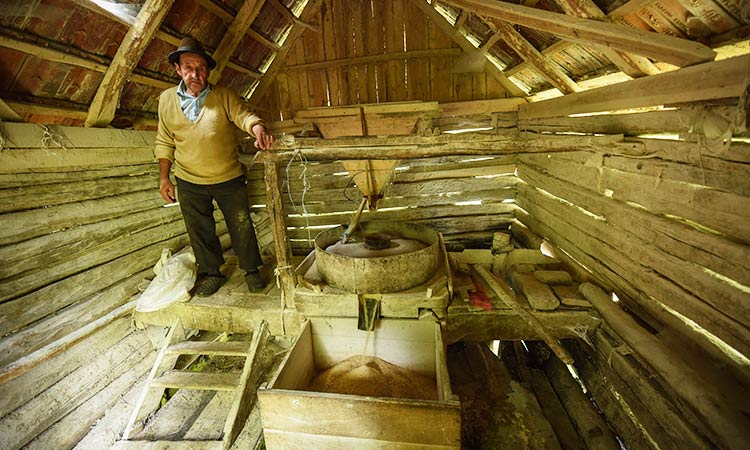 In a small Romanian village, Alois Nemecek is not ready to give up grinding grain yet, but he might be one of the last to run a watermill.