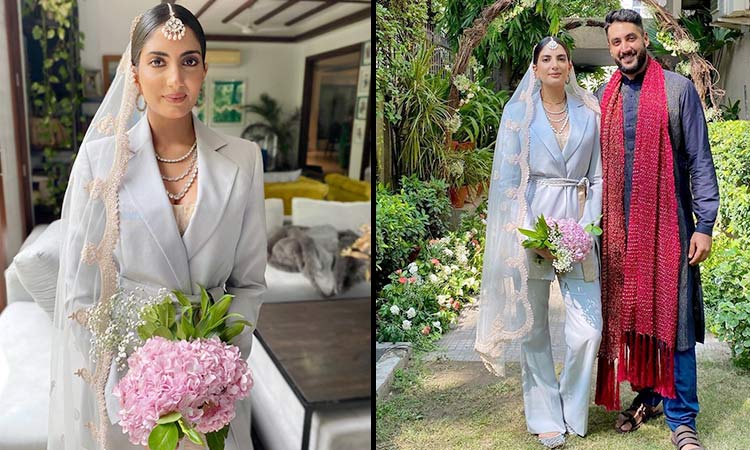 Sanjana Rishi with her husband.

Twelve years ago, brides-to-be in Canada threw tradition out of the window after they junked the white bridal trousseau for the coloured one.

A bride in India has shocked those hidebound by convention by wearing a pantsuit, a veil and a mangtika (an ornament for her forehead) to her wedding.

In a post on Humans of Bombay, a photoblog, Sanjana Rishi, an Indian-American entrepreneur, talks about her experience when she got married to Dhruv Mahajan, a Delhi-based businessman, recently.

According to a report in a section of the Indian media, shewore a pantsuit a veil for her wedding, which made waves because of the bride's unusual choice. But along with all the bouquets, she faced brickbats too on social media with at least one post dubbing her "crazy bride". 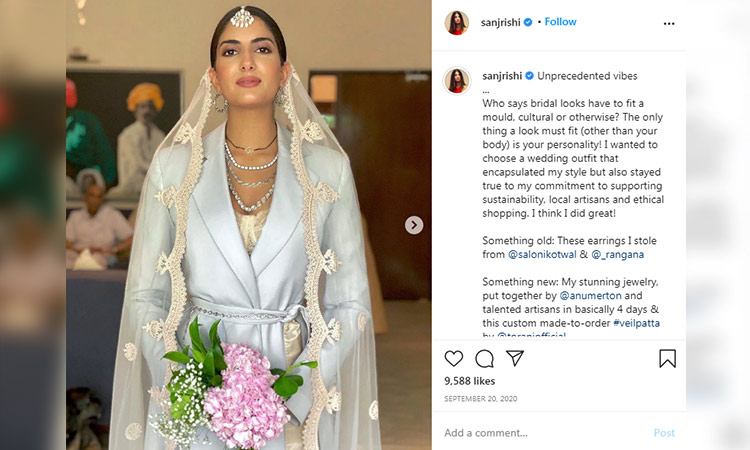 "After being in a long-distance relationship with Dhruv for about 1.5 years, I moved back to India — not just for us but also to be closer to my family. So, I asked him to move in together and we started hunting for a place. That's when it first hit me — visiting India and living in India are two drastically different experiences...," she wrote.

For a woman who is single, finding a flat in India is just, well, next to impossible or just flat out difficult. "In order to get an apartment Dhruv and I actually had to lie that we were married to get a place," she wrote.

But she found rock-solid support in Dhruv, who said: "Ignore them. Why do you care? We'll get married when we're ready."

On the big day, she chose a pantsuit with a lacy white veil, mangtika and a bridal bouquet, making heads turn. 'You've killed it!' - was the husband's first reaction.

But a day after the wedding her photos in the pantsuit and veil were "trending online" and her "outfit had gone viral".

According to the trolls, she "wasn't dressed like a conventional 'Indian bahu'". While some criticised her for her choice of wedding attire, many sympathised with her husband, the report said. 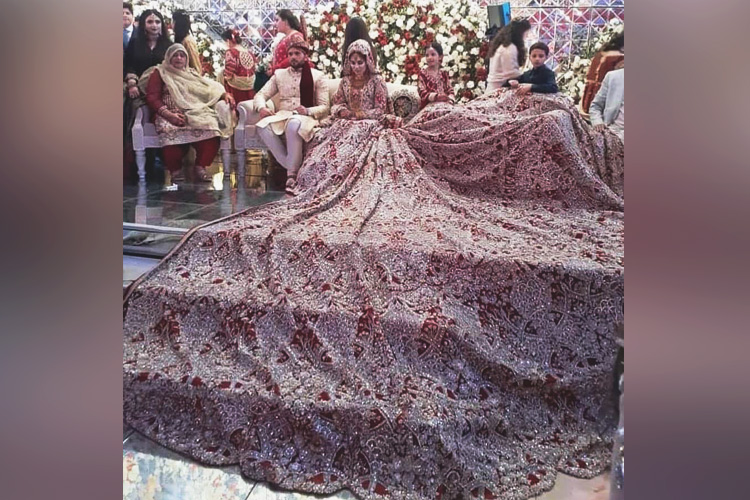 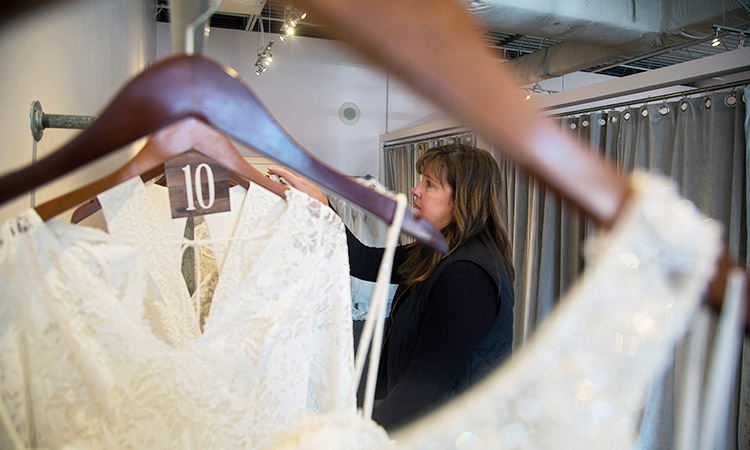 Fifty engaged teachers given free wedding dresses of their choice

Alex Fleear, the owner of Ava Clara Couture Bridal, created Tulle for Teachers, a non-profit organization to support public school teachers. She wanted teachers to get more recognition, the way members of the military do. 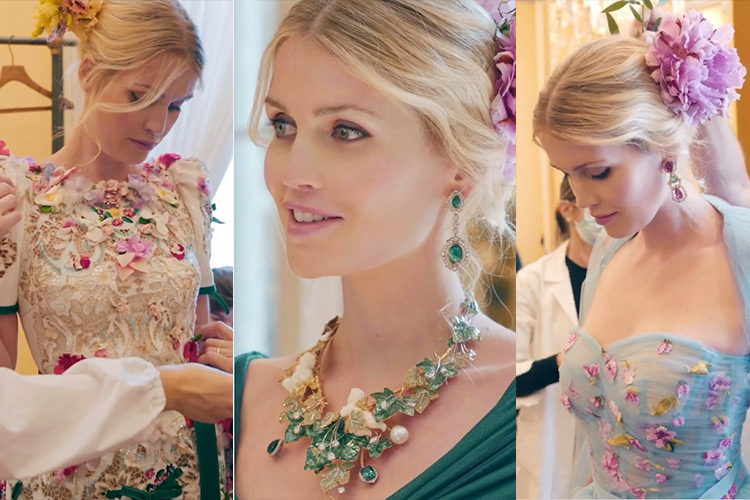