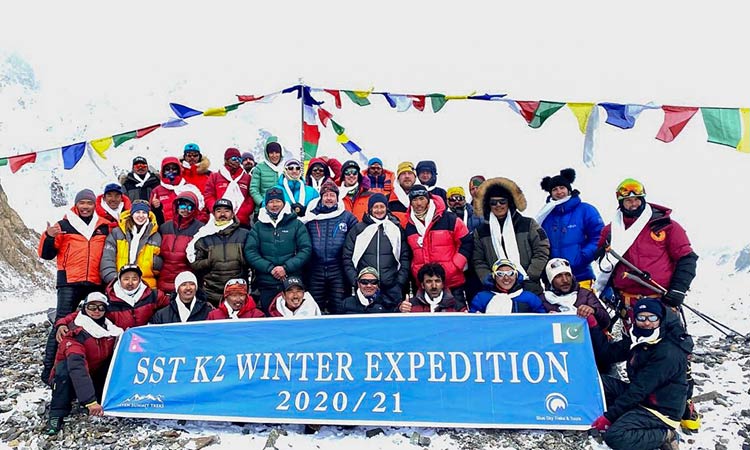 Nepalese mountaineers and Sherpas pose for pictures after reaching the summit of Mt K2 on Saturday. AFP

A team of Nepalese climbers on Saturday made history after becoming the first to summit Pakistan's K2 in winter, singing their country's national anthem as they reached the top.

"WE DID IT" tweeted Seven Summit Treks — a trekking company leading one of the expeditions. "The Karakorum's 'Savage Mountain' been summited in most dangerous season: winter. Nepalese climbers finally reached the summit of Mt K2 this afternoon at 17:00 local time." 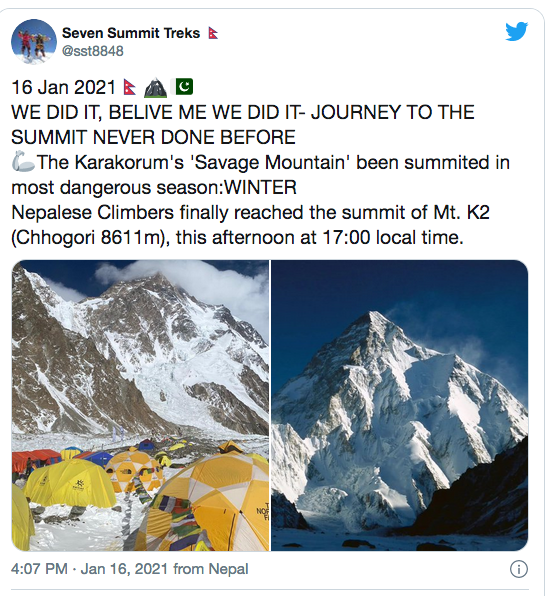 Since the maiden attempt in 1987-1988, just a handful of winter expeditions have been tried on the storied 8,611-metre (28,250-feet) mountain in the Karakoram range along the Chinese border.

None had got higher than 7,650 metres until Saturday when the good conditions allowed the climbers to push ahead. This winter an unprecedented four teams totalling around 60 climbers converged on the mountain, more than all the previous expeditions put together. 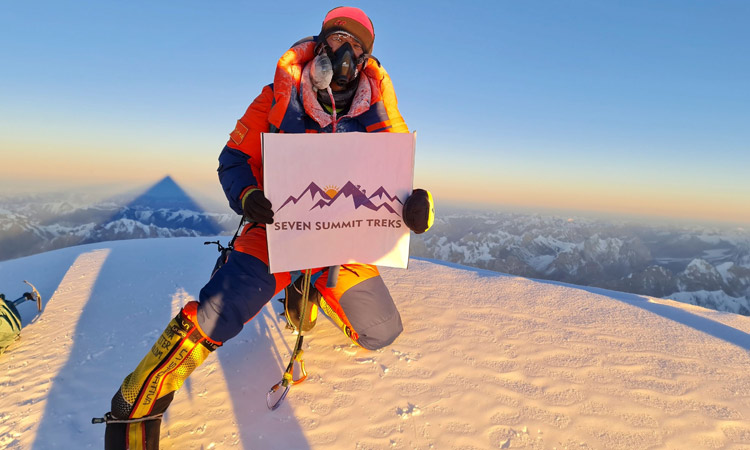 Nepalese mountaineer Sona Sherpa poses with the banner of Seven Summit Treks on the top of Mt. K2. AP

The 10 Nepalese climbers had earlier been spread across the different teams, but formed a new group in order to claim the feat in Nepal's name.

Known as the "savage mountain," winds can blow at more than 200 kilometres per hour and temperatures drop to minus 60˚C.

Despite being renowned for their climbing aptitude, there has never before been a Nepalese climber on the first winter ascent of a peak over 8,000 metres.
Nimsdai Purja, one of the triumphant climbers, described it as a "very special moment." 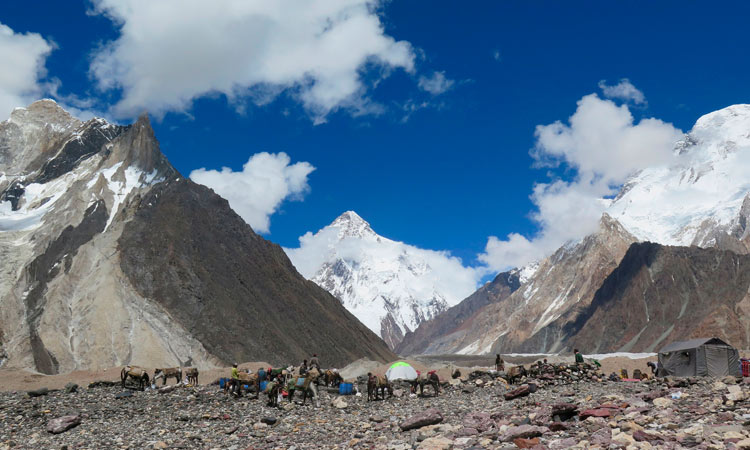 Porters set up tents at the Concordia camping site in front of K2 summit. AFP

"The whole team waited 10m below the summit to form a group then stepped onto the summit together whilst singing our Nepalese National Anthem," wrote Purja in a social media post.

"We are proud to have been a part of history for humankind and to show that collaboration, teamwork and a positive mental attitude can push limits to what we feel might be possible."

At least one of the climbers, Mingma Gyalje Sherpa, had planned to reach the summit without using oxygen. He had attempted the record last winter, after already ascending 13 of the world's 14 peaks over 8,000 metres, but was forced to give up. 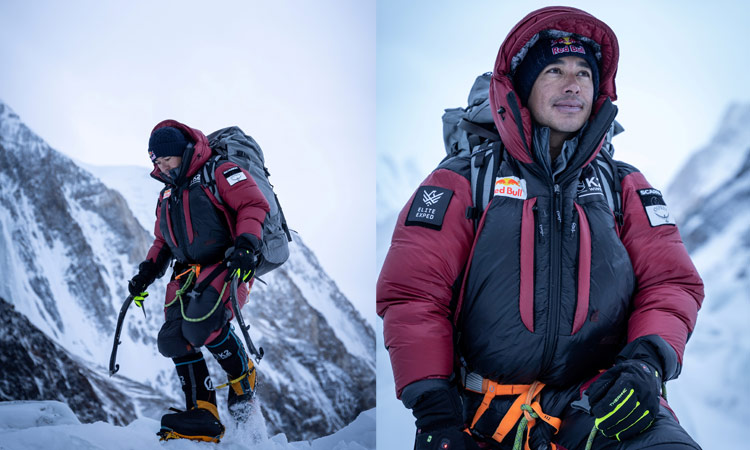 Nirmal Purja is seen before his winter attack on K2. Reuters

Speaking to AFP ahead of the expedition in December, he said the record books for winter summits feature Polish, Italian and Spanish names but none from Nepal. "This is a good chance for us to write Nepal's name," he said.

"I'd be happy seeing my country's flag on the list for winter. That's one of my biggest dreams now."

One of the final technical difficulties to be overcome by the group was the dreaded "bottleneck," a narrow and steep passage where 11 people were killed in August 2008 in K2's worst known tragedy.

Lockdowns and travel bans sparked by the coronavirus pandemic meant the summer climbing season last year was a bust in most of the popular climbing destinations in the region, such as Nepal.

With Pakistan's borders open and few other places to go, four teams with around 60 climbers and sherpas between them arrived in the country in recent weeks with their sights set on being the first to conquer K2 in the winter. 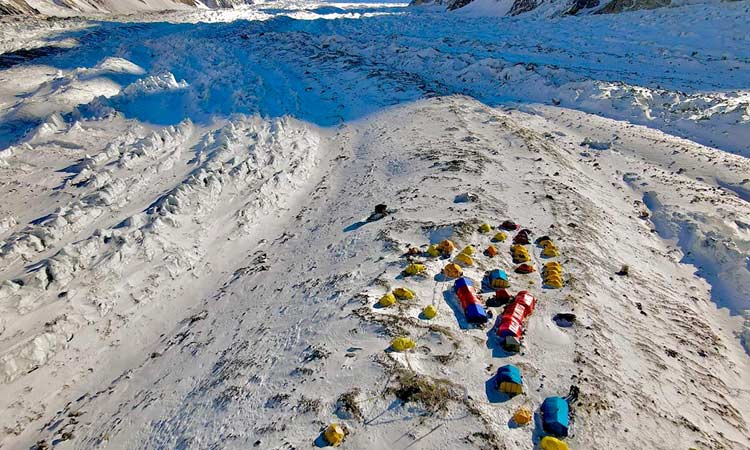 A general view of the Mt K2 Base Camp, in the Gilgit-Baltistan region. AFP

Unlike Mount Everest, which has been topped by thousands of climbers young and old, K2 is a much lonelier place. Many climbers have died trying to reach the summit, while others were killed on the dangerous descent.