From macaques to crabs: Face masks pose a threat to animals - GulfToday

From macaques to crabs: Face masks pose a threat to animals 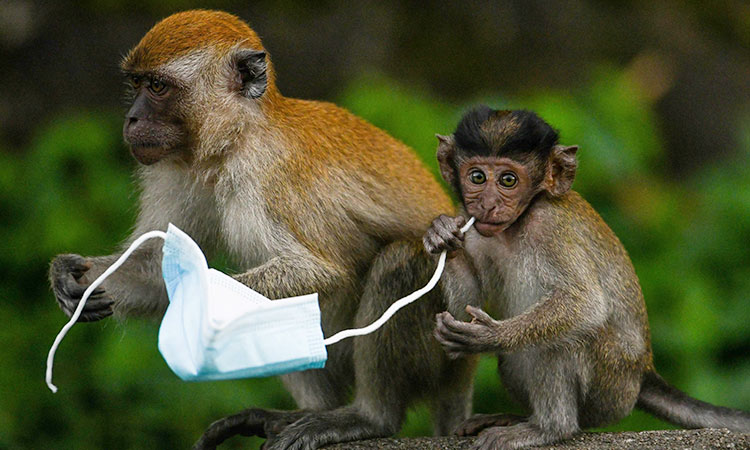 Masks that helped save lives during the coronavirus pandemic are proving a deadly hazard for wildlife, with birds and marine creatures ensnared in the staggering number of discarded facial coverings littering animal habitats.

Single-use surgical masks have been found scattered around pavements, waterways and beaches worldwide since countries began mandating their use in public places to slow the pandemic's spread.

Worn once, the thin protective materials can take hundreds of years to decompose. 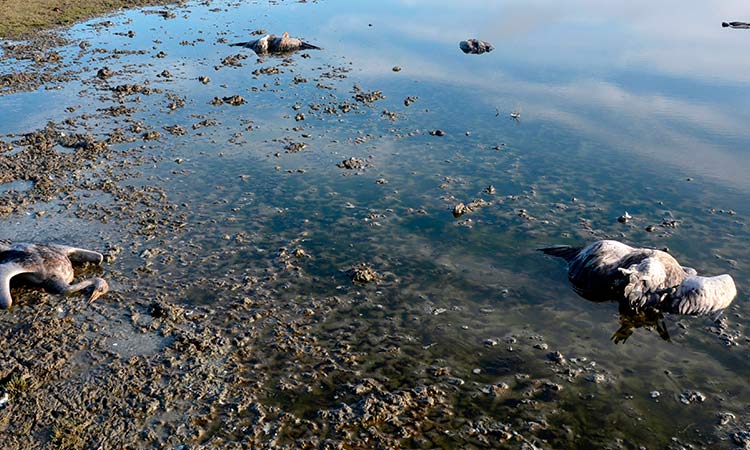 "Face masks aren't going away any time soon — but when we throw them away, these items can harm the environment and the animals who share our planet," Ashley Fruno of animal rights group PETA said.

Macaques have been spotted chewing the straps off old and tossed-aside masks in the hills outside Malaysia's capital Kuala Lumpur —a potential choking hazard for the diminutive monkeys.

And in an incident that captured headlines in Britain, a gull was rescued by the RSPCA in the city of Chelmsford after its legs became tangled in the straps of a disposable mask for up to a week, according to AFP.

The animal welfare charity was alerted after the bird was spotted, motionless but still alive, and they took it to a wildlife hospital for treatment before its release. 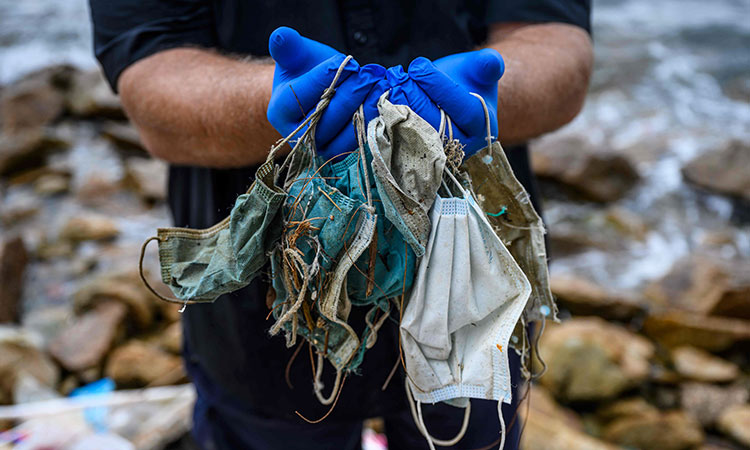 "It's clear the mask was there for some time and the elastic straps had tightened around his legs as his joints were swollen and sore," said RSPCA inspector Adam Jones.

The biggest impact may be in the water, with green groups alarmed at the flood of used masks, latex gloves and other protective gear finding their way into already contaminated seas and rivers.

More than 1.5 billion masks made their way into the world's oceans last year, accounting for around 6,200 extra tonnes of marine plastic pollution, according to environmental group OceansAsia.

Already there are signs that masks are worsening threats to marine life. 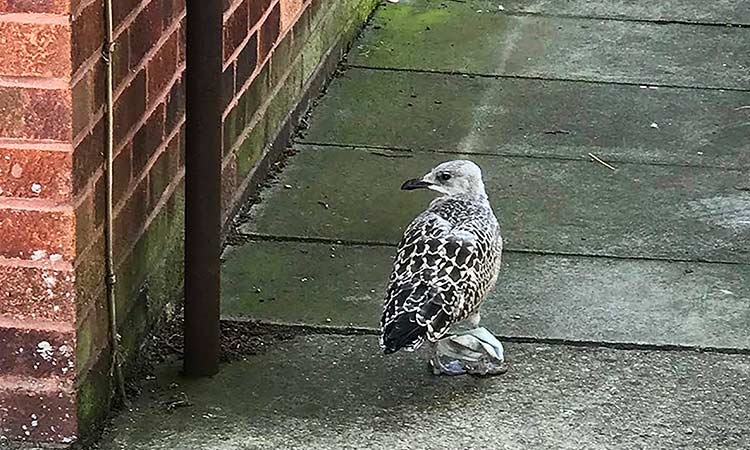 A gull with its feet wrapped up in a face mask in the British city of Chelmsford. AFP

Conservationists in Brazil found one inside the stomach of a penguin after its body washed up on a beach, while a dead pufferfish was discovered caught inside another off the coast of Miami.

French campaigners Operation Mer Propre found a dead crab ensnared in a mask in a saltwater lagoon near the Mediterranean in September.

"When those plastics break down in the environment, they form smaller and smaller particles," he said.

Those particles then enter the food chain and impact entire ecosystems, he added.

There has been a shift towards greater use of reusable cloth masks as the pandemic has worn on, but many are still opting for the lighter single-use varieties.

Campaigners have urged people to bin them properly and snip the straps to reduce the risk of animals becoming ensnared.