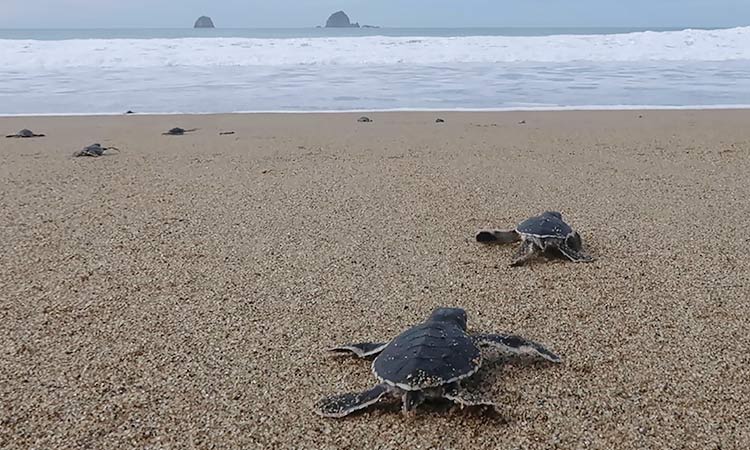 Baby sea turtles making their way out from the nests. AFP

Newly hatched, dozens of baby turtles flipped and flopped their way down a beach towards the crashing waves of the Indian Ocean, under the watchful gaze of conservationists at an Indonesian national park

Small enough to fit into the palm of a hand, some ended up on their backs, wriggling their tiny flippers helplessly as they tried to get back on track.

But the conservationists did not interfere, as they wanted the creatures to "map" their surroundings and then return to lay eggs decades later. 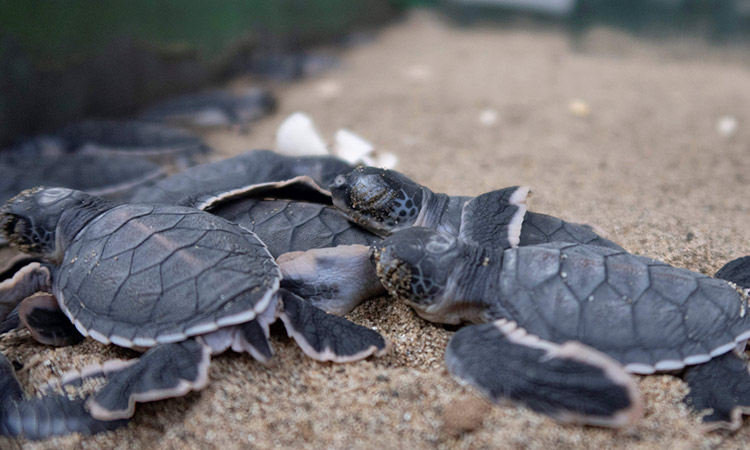 Baby sea turtles making their way out from the nests on a beach in Sukamade. AFP

Its beaches are nesting grounds for several species of turtle.

The night before, a giant female — over a metre (3.3 feet) long — laid more than 160 eggs on the shore, sweeping mounds of sand over them to protect them from predators.

Turtles, under threat from poaching and habitat destruction, are protected under Indonesian law, according to AFP.

Six of the world's seven turtle species can be found in Indonesia, an archipelago of more than 17,000 islands and home to a dizzying array of exotic wildlife. 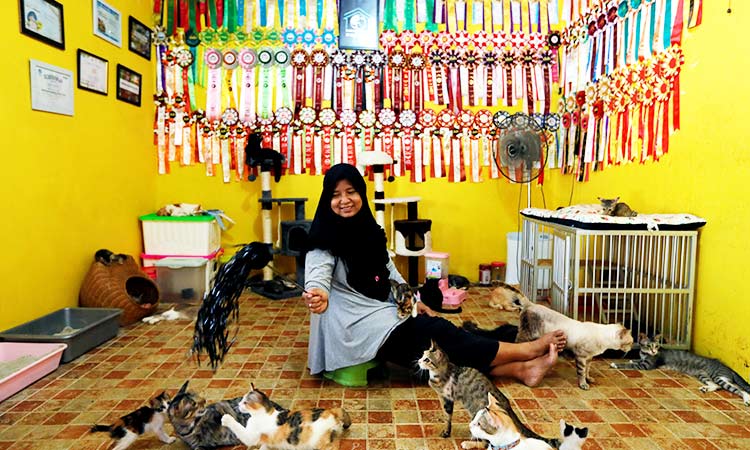 On the outskirts of suburban Jakarta, housewife Dita Agusta lives with more than 250 cats she has taken in off the streets, creating a shelter for the animals she hopes will one day be adopted. 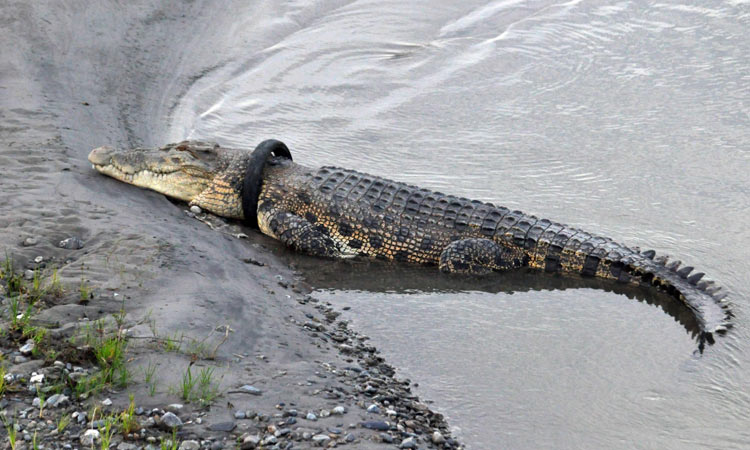 A photo of a saltwater crocodile with a motorcycle tyre stuck around its neck in Indonesia is doing rounds on the internet. The photo has grabbed the attention of Tweeple. 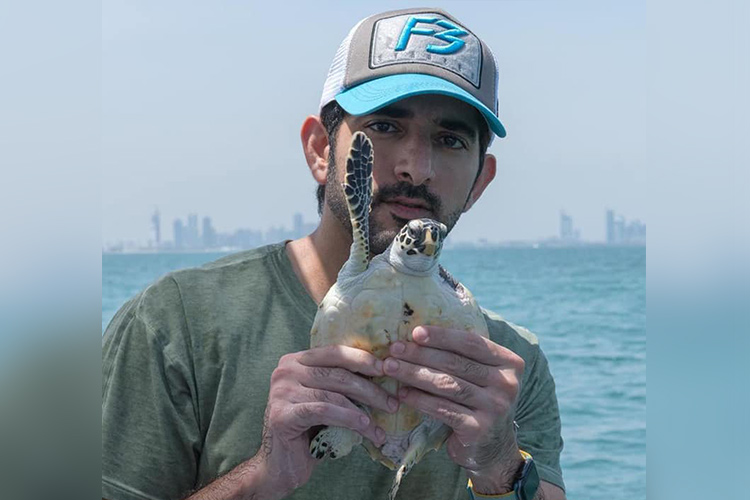 The video starts with Sheikh Hamdan holding onto a baby turtle. He then releases the baby on the beach. The struggling turtle makes its way into the waters.