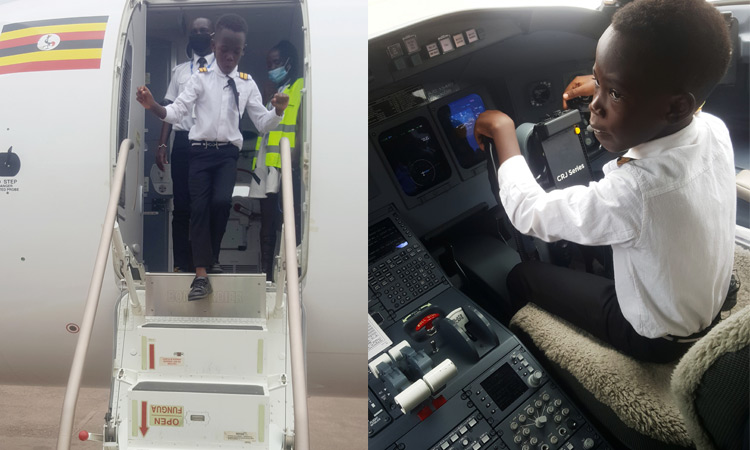 A 7-year-old Ugandan boy has become a sensation in his country with his precocious display of aircraft knowledge and budding flying skills.

Graham Shema has been interviewed on local television and his name is prefixed in newspapers and on social media with "Captain."

Germany's ambassador and the country's transport minister have invited him for meetings. A lover of math and science, the student has flown as a trainee three times on a Cessna 172. 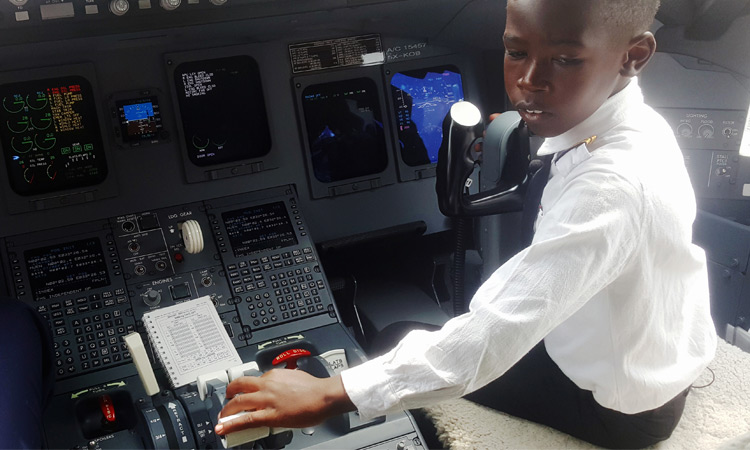 Graham Shema is seen inside the cockpit of a Bombardier CRJ900 aircraft.

He says he wants to be a pilot and an astronaut, and someday travel to Mars. "My role model is Elon Musk," said the boy, a pilot's white shirt and black slacks hugging his small frame.

"I like Elon Musk because I want to learn with him about space, to go with him in space and also to get a handshake."

Musk founded SpaceX and the private rocket company recently launched two Americans into orbit and hopes to one day send humans to Mars.

One recent morning at Uganda's Entebbe International Airport, his instructor asked him to explain how the engines worked on a Bombardier CRJ9000 plane parked on the tarmac. 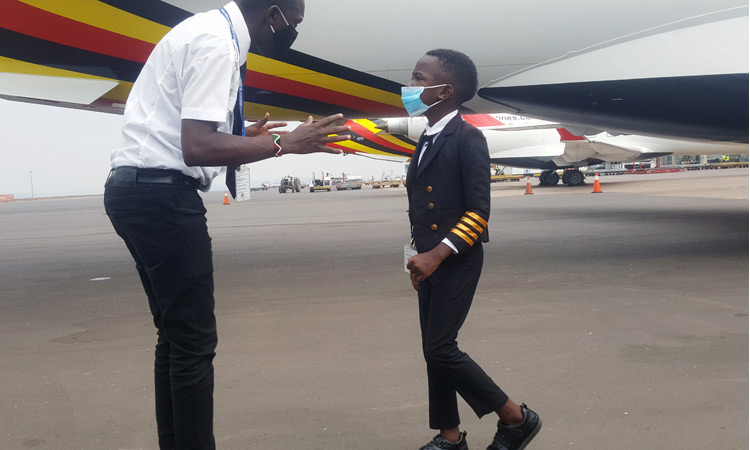 His voice struggling to rise above the roar of a plane's running engines, Shema rattled off the answer: "The inlet tubes suck in the air and inject it into the compressor, the compressor squeezes it with the fans, after squeezing it with the fans, it becomes hot," Shema said, playfully gesturing and proceeding to detail how an engine creates thrust.

Shema's curiosity for flight was piqued by a freak incident.

When he was 3 years old, a police helicopter flew so low to the ground that it blew off the roof of his grandmother's house on the outskirts of the Ugandan capital Kampala while he was playing outside.

"It triggered something in his mind," said his mother, travel agent Shamim Mwanaisha, 29. Her son began peppering her with endless questions about how planes work, she said. 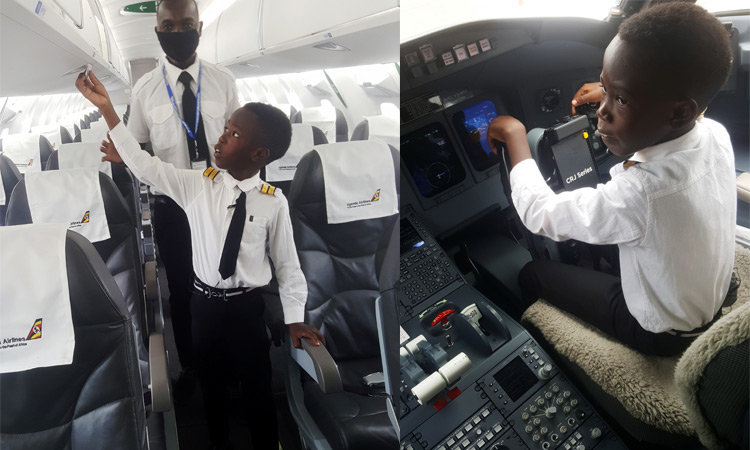 Graham Shema and his flight instructor walk inside the Bombardier CRJ900 aircraft. Reuters

Last year, she contacted a local aviation academy and Shema began lessons at home on aircraft parts and aviation vocabulary. After five months of coursework, Mwanaisha paid for practical flying lessons for her son.

"I felt like a bird flying up," Shema said of his first flight. He had never flown on a plane before.

He flew three times as co-pilot between January and March before the pandemic stopped his practice.

He has since been focusing on aviation theory, and immersing himself in videos about aviation and space exploration on his virtual reality viewer.