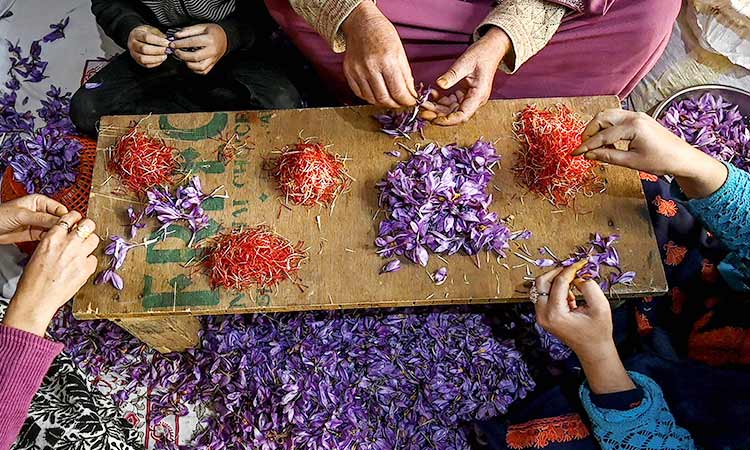 Farmers separate stigmas from the saffron crocus after harvesting in a house in Pampore. AFP

On sweeping fields once blanketed in lush purple, a thin and bedraggled crop of flowers is all farmers in Jammu and Kashmir's saffron-growing region Pampore have to show for this year's harvest.

These fruits and vegetables you should never put in the fridge

Dry conditions blamed on climate change have seen yields of the world's most expensive spice halved in the past two decades, threatening the future of a cash crop that has brought wealth to the region for 2,500 years.

"These fields used to be like goldmines," said Abdul Ahad Mir in Pampore, just south of the main city, Srinagar. 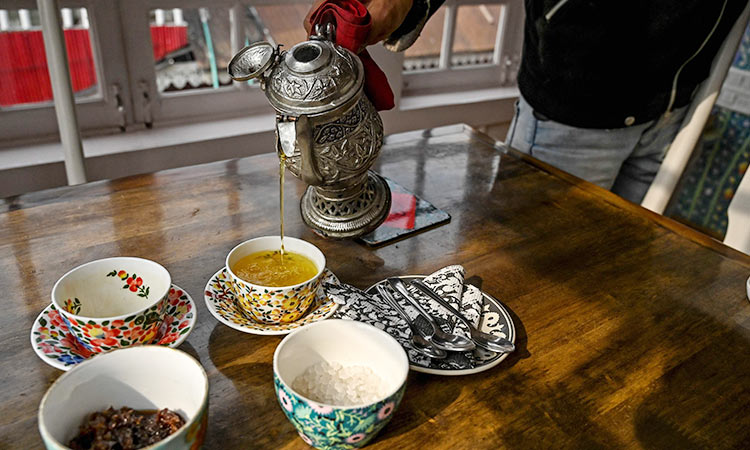 A hotel employee serves saffron tea to customers at a hotel in Srinagar. AFP

Saffron has long thrived there, and Mir's family was reared in the delicate work of plucking the lucrative but tiny crimson threads from purple crocus flowers.

"In my childhood we needed 80 men over a week to pick the flowers," Mir said.

"Today our family of six finish it in a day."

Warming temperatures caused by climate change have made rainfall erratic, depleting the thirsty saffron fields of water. Shrinking glaciers across the Himalayan region have also cut water flows to the foothills downstream. 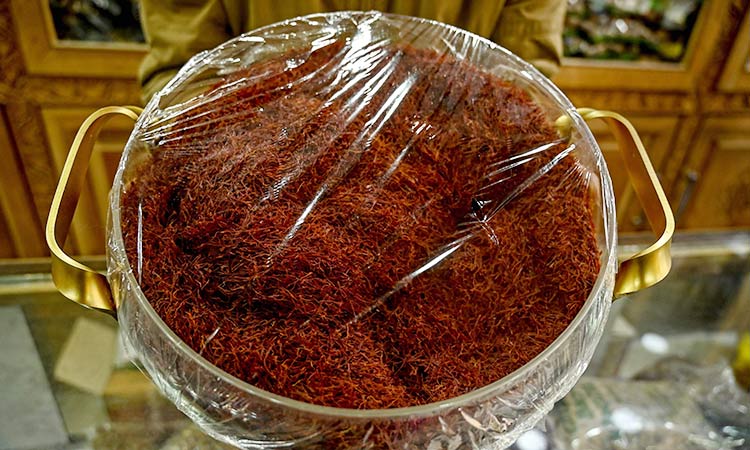 A shopkeeper displays saffron for sale at a shop in Srinagar. AFP

It takes around 160,000 flowers to yield one kilogram of the precious spice, which will sell for around $1,350 in local markets.

But official figures show that harvests of the so-called "red gold" were just 1.4 kilograms per hectare in 2018 — half the figure recorded in 1998.

Mohammad Ramzan Rather says his acreage in Pampore only produced around 30 grams of the crop this year, down from two kilograms 12 years ago.

Historians say saffron has been cultivated in Kashmir since at least 500 BC. 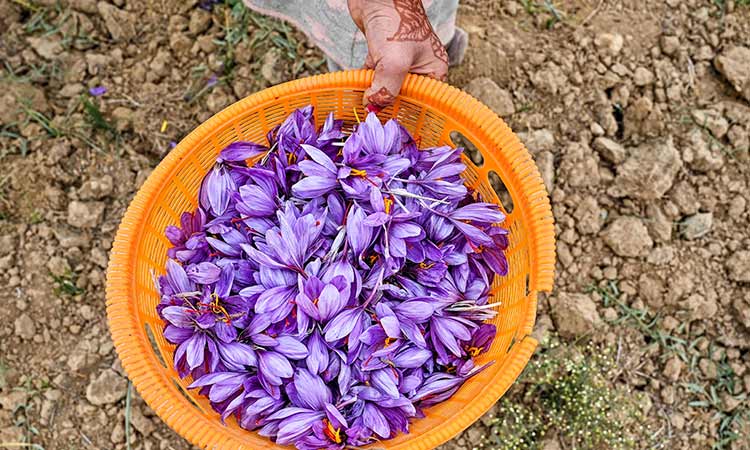 A farmer shows a basket filled with saffron flowers. AFP

Locally the spice is added to traditional dishes and used as an ingredient in Kehwa, a sweet drink served during special occasions such as marriages.

Elsewhere in the world, it is prized for its use in cooking and cosmetics and can fetch prices of more than $10,000 per kilogram on the international market.

Nearly 90 percent of the world's saffron is grown in Iran, but experts consider Kashmir's crop to be superior for its deep red colour and distinct aroma.

In 2010, Indian authorities sought to halt the impact of climate change by launching a $54 million fund to introduce modern agricultural technology to farmers.

Authorities have touted it as a success, claiming it has rejuvenated Kashmir's 3,700 acres of saffron fields. 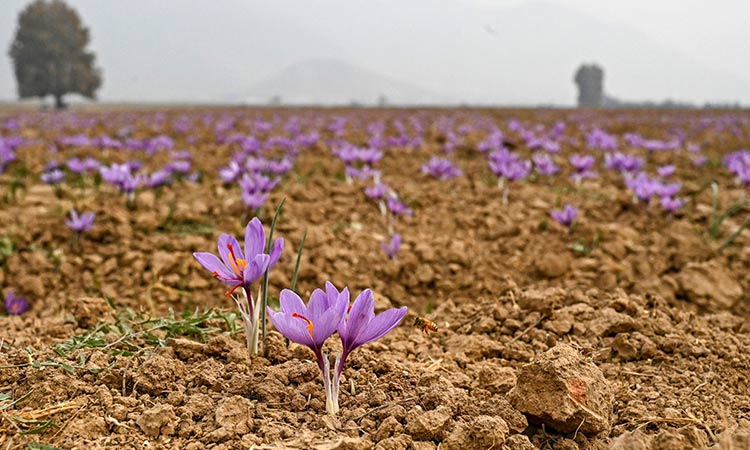 Saffron flowers are seen in a field in Pampore, south of Srinagar. AFP

But farmers disagree. They have ripped up plastic irrigation pipes that are now strewn across fields, saying they bring little water and make it harder to till the land.

Others say high-yield seed varieties introduced under the scheme have ruined their crops.

Jalal-ud-Din Wani said some farmers were turning their land into orchards because apples need less water.

Though he said the government's intervention had failed, Wani believes that the luck of some farmers may improve.

If they stick to traditional methods of farming the crop, he said, "there is still a sliver of chance to revive it."