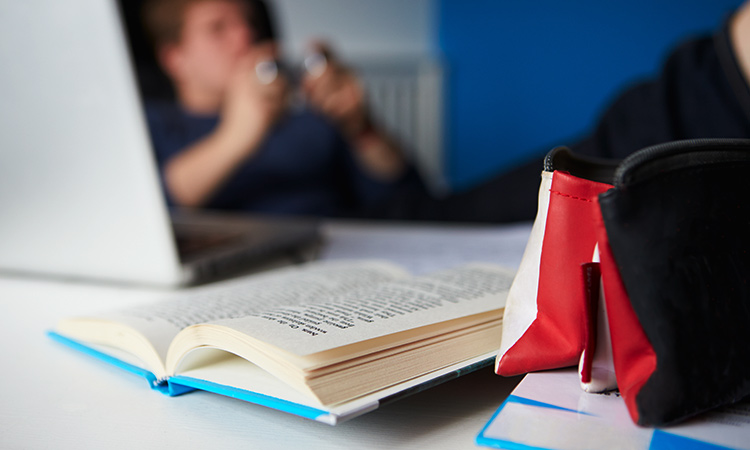 Many people in Britain, particularly students, are having a tough time grappling with the coronavirus pandemic.

Some colleges have told students to self-isolate in their rooms and follow lectures virtually.

An earlier report said students at residential halls at Manchester Metropolitan University had to self-isolate for 14 days after 127 tested positive for COVID-19.

But this self-isolation rule has come with challenges. It carries the disadvantage of leaving pupils isolated when they have made few friends and raising questions over their tuition fees.

In a new development, students at the University of Bristol spent more than a week in self-isolation with dark bedrooms, having to wait until their self-isolation period had finished for their lights to be fixed.

One of the students told The Independent their flat had no main lights in bedrooms for days in October – with their room naturally going “pitch black” from around 3pm onwards.

They were faced with this problem while self-isolating, with one person from the 10-bed flat testing positive for coronavirus.

The University of Bristol said the issue was scheduled to be fixed when the students were out of self-isolation, after it was confirmed each student had a lamp in their bedroom and the flat had electricity.

Despite this and still having working lights in their shared kitchen, the Bristol student, who wanted to stay anonymous, said it was not easy to be without working main lights in bedrooms during this time.

“We had little lamps, but it was so hard for us,” they said. “We’d wake up and we do work in the morning as much as we could.”

An image shared with The Independent shows one of the bedrooms being lit up by only a lamp in a corner, which is being shone across a desk with books strewn across it.

The University of Bristol and accommodation provider Unite Students said in a joint statement: “In order to help prevent the spread of coronavirus, maintenance staff will only access accommodation where students are self-isolating due to a positive test result for priority (Category 1) health and safety issues.”

“All non-urgent maintenance issues are scheduled to be investigated once all residents have completed their period of isolation,” their statement said.

The issue in the Orchard Heights flat started with a power cut while people living there were self-isolating, one of the students told The Independent.

The student said they were visited by maintenance staff, who came into their shared kitchen, looked at the fuse box and said the issue was with one of their bedrooms, but could not be fixed at the time due to a positive Covid case in the flat.

Their bedroom lights were switched off to manage the problem until their self-isolation period was over, when it would be properly fixed, they said.

“We face a car park, so there was literally no light in our room once the afternoon came,” the student told The Independent.

They said when the flat started self-isolating, everyone was “pretty disheartened anyway” as their flat “isn’t massive” and none of them really liked studying in their room.

“But then, when it was so dark, having the motivation to actually get up and do work, without a change of scenery, was just really hard,” the student said.

Bristol University and Unite Students said it is protocol for non-urgent maintenance issues to be scheduled to be investigated once residents have finished self-isolating.

“In this instance at Orchard Heights, there were multiple students self-isolating within the flat, one of whom had had a positive test result,” their joint statement said.

“Maintenance staff initially assessed the issue on 13 October, and attempted to help the students resolve it remotely. However, it became apparent further work was needed.

“After confirming the flat had electricity and that each student had a lamp in their room, the necessary work was scheduled for after the students’ period of isolation, which ended on 20 October.”

“The maintenance issue was fully resolved on 21 October and Unite Students had verbal agreement from the students at the time that they were satisfied with this response.”