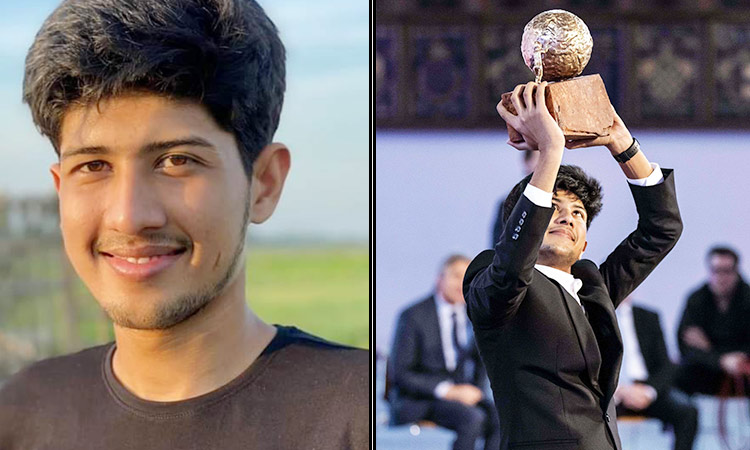 Sadat Rahman holds his trophy after being awarded with the International Children's Peace Prize 2020. AFP

Rahman won the 2020 KidsRights International Children's Peace Prize for developing a mobile app to help teenagers report cyberbullying and cybercrime after he heard the story of a 15-year-old girl who took her own life as a result of cyberbullying. "I will not stop until we will receive no more cases through the app,” he said.

The award is accompanied by a fund of 100,000 euros ($118,225), which is invested by the KidsRights Foundation in projects that are closely linked to the winner’s work. 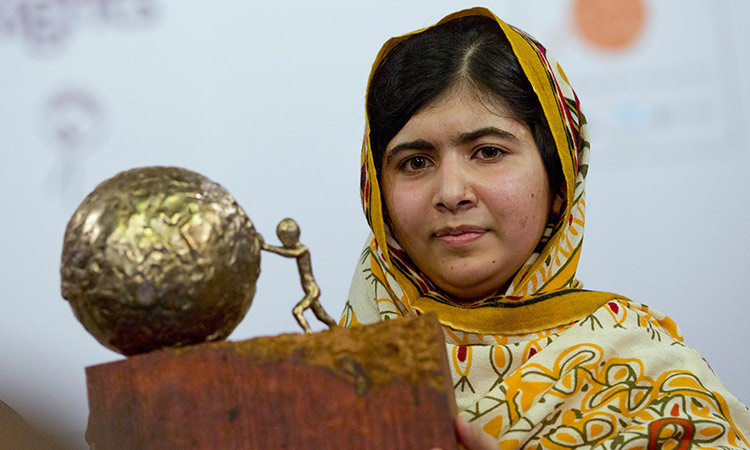 Previous high-profile winners of the prize include Pakistani human rights advocate Malala Yousafzai, Swedish climate activist Greta Thunberg and the students who organized the March For Our Lives after the deadly mass shooting at Marjory Stoneman Douglas High School in Parkland, Florida.

After Yousafzai won the International Children’s Peace Prize in 2013, she went on to be awarded the Nobel Peace Prize a year later for campaigning for girls

Rahman's "Cyber Teens" mobile app puts children in touch with a team of youngsters including Rahman, who call themselves the Narail Volunteers.

The Narail Volunteers then liaised with local police and social workers to help teens too scared or embarrassed to report acts of cyberbullying and cybercrime.

The app also gives helpful hints and tips about online behaviour and how to avoid sexual predators.