'In our hearts': radio keeps Syria refugees close to home in Iraq - GulfToday

'In our hearts': radio keeps Syria refugees close to home in Iraq 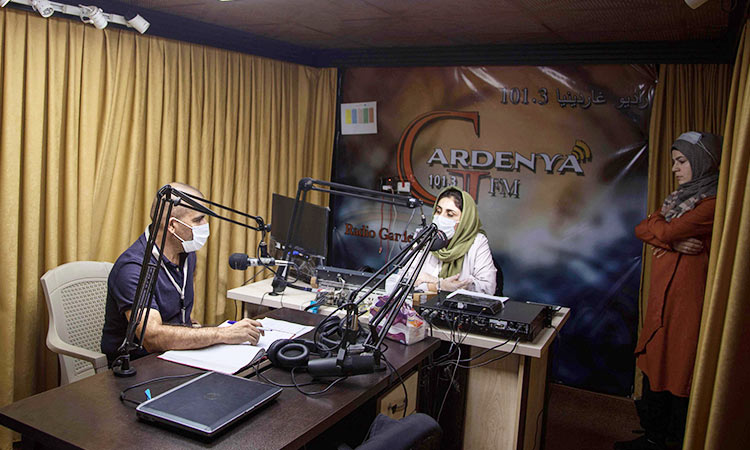 A lawyer chats with his hostess during a talk show at the Gardenya FM radio station. AFP

Speaking into a microphone in her modest studio, Sherin Mohammad goes live with the news. But this is no typical radio station: Gardenya FM is run by, and for, Syrian refugees.

Broadcast from the refugee camp of Arbat in northeast Iraq, Gardenya FM features news programmes and talk shows, produced by a team far from their native Syria.

The 31-year-old fled Qamishli in 2014 so she could stay with her husband, desperate to avoid the military conscription imposed by the Syrian government.

Their painful displacement came with a silver lining: she could realise her lifelong dream of being a journalist.

In 2018, Italian NGO UPP proposed setting up a local radio station in Arbat, and Sherin jumped at the opportunity. 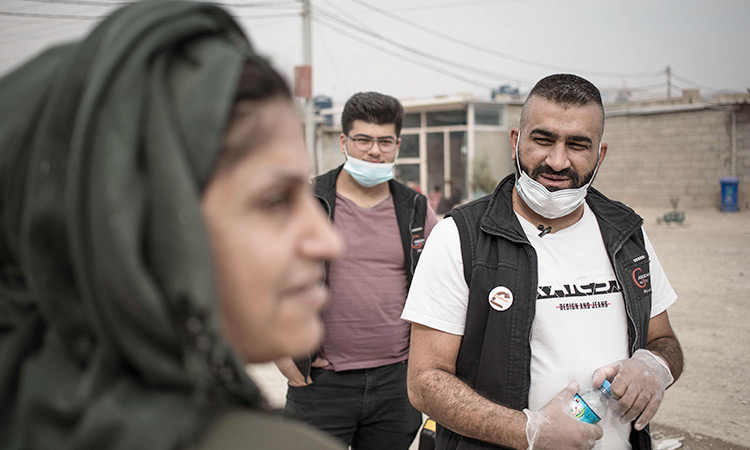 Journalists at Gardenya FM radio Khalil, right, and Youssef, centre, greet an inhabitant of the the Arbat refugee camp. AFP

The war has profoundly divided communities both inside and outside Syria, with various sides trading accusations of fabricating news.

Sherin wants to be the antidote.

"Everyone has smartphones and they can read any old thing published about Syria," she said, including "fake news spread by the regime."

Gardenya broadcasts locally at 101.3 FM, but the team also posts on the station's Facebook page, which has several thousand likes.

Through it, Sherin said, loved ones still in Syria could see what life is like for Arbat's 9,056 residents, many of whom sensed their displacement would be long-term and began replacing tarp tents with cinderblock structures in 2017.

Strolling through these one-room cement homes with a bounce in his step is Khalil, another Gardenya FM reporter. 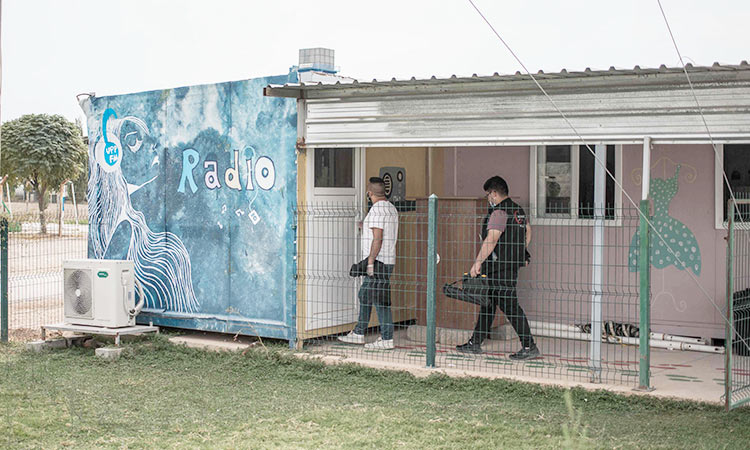 Khalil, left, and Youssef return after a report to the station's studio. AFP

He is well-known: fellow refugees greeted him warmly, and someone handed him a flatbread with thyme for breakfast.

Youssef, a 19-year-old trainee, trailed behind.

"This is how you build a network," Khalil explained to him.

"We use our friends, our relatives, our journalist colleagues who are in the country and those on the front" to gather information, said Khalil.

But for the former English teacher from Amuda in northeast Syria, the most interesting people to speak to are the Syrian Kurds who travel back and forth between their homeland and safe haven in Arbat.

One of them, Goran, was Gardenya FM's latest interview subject.

Covered in flour after a long morning making flatbreads to sell in the camp, Goran answers Khalil's questions, then has a few of his own: Is the border still open? Could he travel back to check on his wife, still stuck in their Syrian home town?

"With Covid-19, we have little information. The radio can tell us every day what's going on," Goran said. 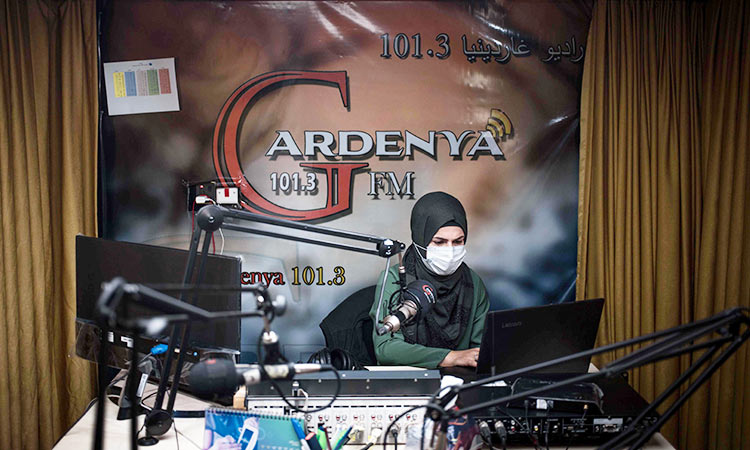 Although Goran misses his family, he said he couldn't imagine trying to live in Syria again.

"Why move back? There's no electricity, no salary, the US dollar is so expensive," he said.

"At least here, there's work," he said from his cinderblock bakery.

According to the International Organization for Migration, there are 230,000 Syrian refugees living in northern Iraq, 40 percent of them in camps, with the rest in rented homes or other housing arrangements.

Officially, none have permanently returned to Syria.

Syria's government is hosting a summit on Wednesday and Thursday to encourage returns, with 5.5 million Syrians still seeking refuge outside their homeland.

But infrastructure and public services are lacking across the war-ravaged country and rights defenders warn that some areas are still unsafe for large-scale repatriations.

"Building (Arbat) with our own means is our way of saying that we can rebuild a Syria without Assad," he added. 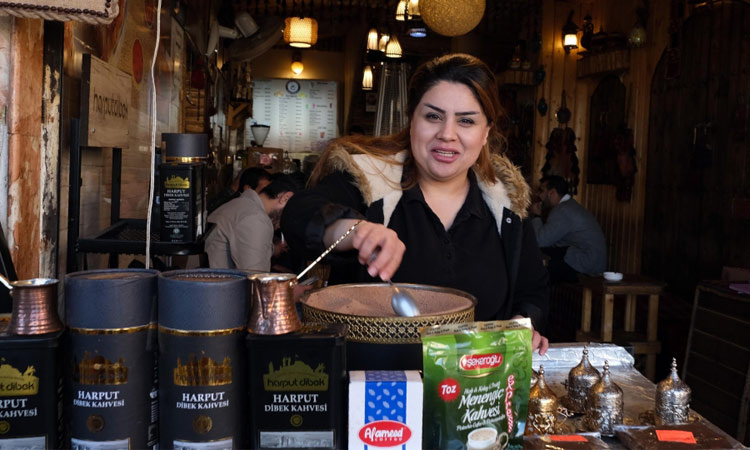