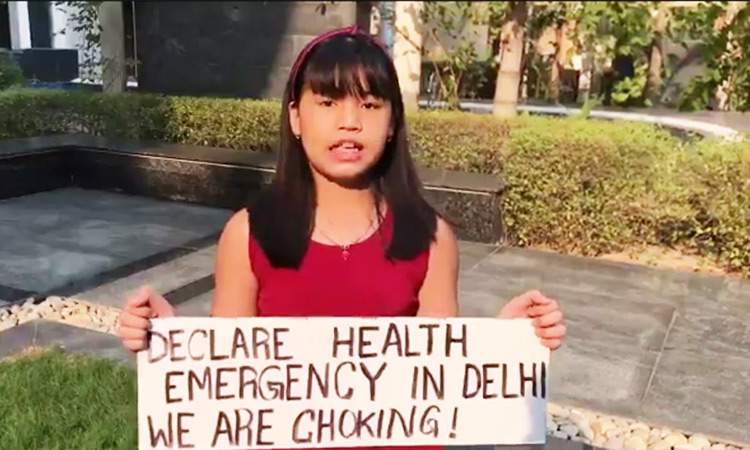 Delhi’s air pollution has always been an alarming issue. 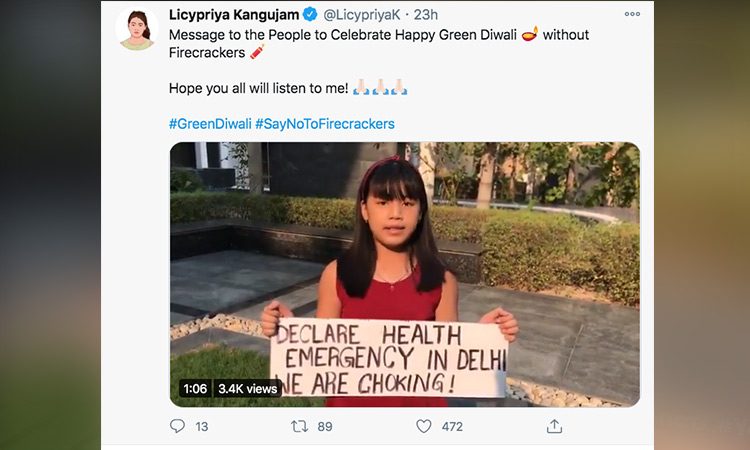 In the video shared on her social media account, Licypriya is holding a placard and asking the public to avoid using firecrackers in Delhi.

As the Indian festival Diwali is around the corner, Licypriya warns the public to be aware of the impact the firecrackers used in the festival could have on the pollution level in the city. 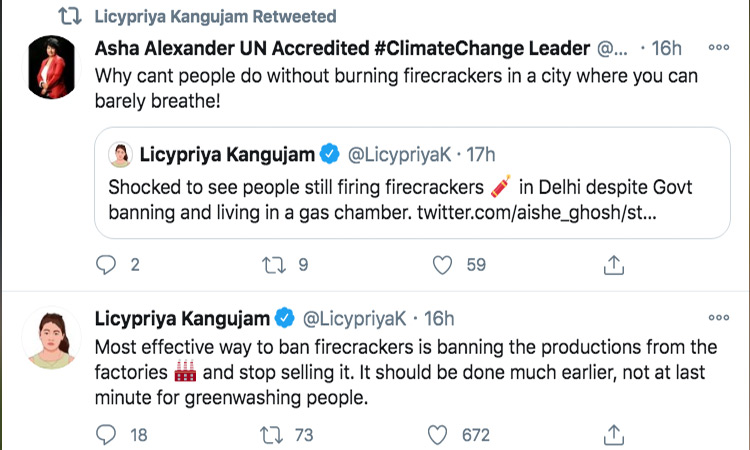 "I am fighting to save our planet and future. Please celebrate Diwali by not using firecrackers. If we are all together, we will fight this air pollution. We can make a change if we are together," Kangujam further said.

Gurugram and Greater Noida's air quality remained the worst amongst all, with air quality of 484 and 483 micrograms per cubic meter, respectively.