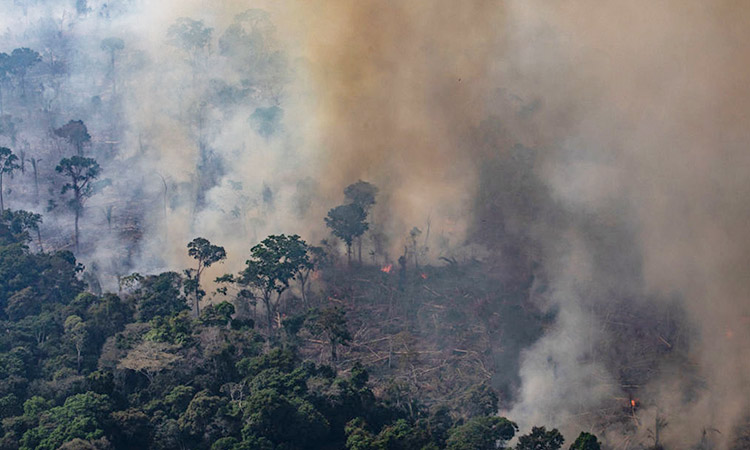 Huge tracts of the Amazon rainforest are being burned by loggers and farmers, exacerbating losses from climate change.

As much as 40 per cent of the Amazon rainforest could be transformed into drier savanna-like landscape if rainfall levels continue to drop as a result of climate change.

Researchers warned nearly half of the world’s largest tropical rainforest is at a tipping point and risk of drying out permanently if global carbon emissions are not cut back.

Scientists at the Stockholm Resilience Centre, an independent research institute which specialises in environmental issues, used mathematical models to test how rising temperatures caused by climate change would affect tropical rainforests around the world.

Schools, students and the environment

"In around 40 per cent of the Amazon, the rainfall is now at a level where the forest could exist in either state — rainforest or savanna, according to our findings," said the lead author of the study, Arie Staal.

Savannas are ecosystems characterised by less tree cover and greater grassland, and tend to exist in temperate areas with less rainfall than that needed to foster a rainforest.

Already, rising greenhouse gas emissions has caused a drop in the amount of rain falling on the Amazon in several regions and this trend is expected to worsen as South America warms thanks to climate change. 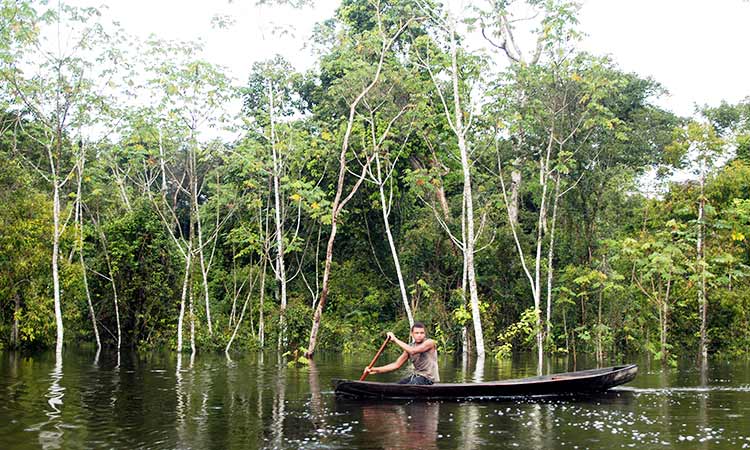 Rainforests such as the Amazon suck huge amounts of carbon out of the atmosphere, slowing down climate change.

As rainforests generate some rain themselves by leaves releasing water vapour, their loss also exacerbates the already collapsing rain levels.

“As forests shrink, we get less rainfall downwind and this causes drying leading to more fire and forest loss: a vicious cycle,” said Mr Staal, a former postdoctoral researcher at the SRC and the Copernicus Institute of Utrecht University.

“We understand now that rainforests on all continents are very sensitive to global change and can rapidly lose their ability to adapt," added Ingo Fetzer, a researcher at the SRC.

"Once gone, their recovery will take many decades to return to their original state. And given that rainforests host the majority of all global species, all this will be forever lost."

As well as being home to the most extensive biodiversity on Earth, rainforests such as the Amazon suck huge amounts of carbon out of the atmosphere, slowing down climate change.

The rainforest has come under increased threat following the election of Brazil’s far-right president Jair Bolsonaro.

Mr Bolsanaro has cast doubt about the existence of manmade climate change and long favoured more exploitation and development by large agricultural businesses in the Amazon.

Burning, logging and farming of the Amazon has noticeably increased since his rise to power in 2018, with data from Brazil’s own space agency showing fires had reached a ten-year high in August.