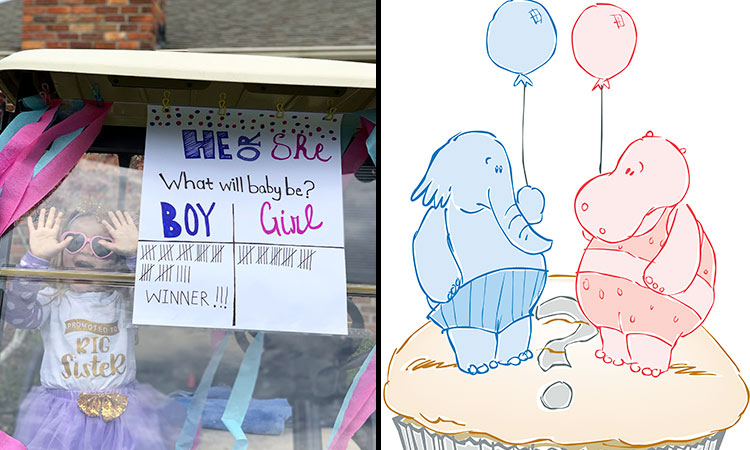 A gender reveal party started a massive Southern California wildfire, and now Jenna Karvunidis, the woman who began the trend, is once again asking people to stop throwing these destructive parties.

“The parties, they’re ridiculous,” Karvunidis told the Daily News. “And they’re harmful to transgender and nonbinary people and anybody on the gender spectrum. It’s a harmful dichotomy.”

The damaging effects of gender reveals extend beyond the children, sometimes to thousands of acres of forests.

In 2017, off-duty Border Patrol agent Dennis Dickey started a wildfire when he shot a decorative target with an explosive to announce that he was having a son.

Wildfire forces over 3,100 to evacuate in Spain's Andalusia

As for this year’s Southern California gender reveal fire, officially named the El Dorado Fire, the occupation of the couple has not yet been released, nor has the sex of the child. It’s safe to say the family will also be looking at a hefty fine, because the El Dorado Fire has torched 12,000 acres in San Bernardino County and is only 18 per cent contained as of last Thursday afternoon, according to Cal Fire.

Karvunidis noted that she was once again back in the news after someone started a fire to reveal their baby’s sex.

“Proverb: When idiots burn down forests with pink or blue bombs, I will wind up on CNN,” she wrote in a tweet. But not every fire is big enough for Karvunidis to make it onto national TV. A 10-acre bushfire in Florida back in March was also started by a gender reveal party.

So far, no one has died in a gender reveal fire, but the parties can be deadly. An Iowa woman (and soon-to-be grandmother) was killed at an October 2019 event after her family “inadvertently” built a pipe bomb to announce the sex of a child.

Pamela Kreimeyer, 56, was standing 45 feet away from the home-made explosive with other family members and was killed by a flying piece of metal. The metal flew another 450 feet after striking Kreimeyer.

At another gender reveal disaster, this one in Texas, two people were lucky to escape with their lives.

They were flying in a crop duster in September 2019 and dropped 350 gallons of pink water out of the sky to inform the happy couple that they’d be having a baby girl. Then, the crop duster stalled out and fell, crashing in a field.

The plane landed upside down, but the pilot walked away unharmed and the passenger suffered only minor injuries. The FAA reported that the plane was a single-seater and should not have been carrying two people.

These extravagant displays are a far cry from Karvunidis’ original party, where she cut into a pink cake to reveal that she’d be having a girl. At the time, she was just searching for a little happiness.

“I had two miscarriages right before my oldest was born, so I was just celebrating a milestone for myself,” she told The News. “I was just trying to get my family excited and make the baby real, which is kind of problematic.”

Karvunidis posted the story to her blog, it got picked up by The Bump magazine and spread from there.

“At first, when I noticed people copying the party, it was kind of like when you see someone else wearing your outfit, like, ‘I’m not gonna wear that anymore. That’s over,’” Karvunidis said. “I had two more children, and I didn’t do any more gender reveal parties, and that was one of the reasons.”

But while Karvunidis sat out her own trend, millions across the world took it to new heights, literally. On Sept.8, a Dubai YouTuber couple projected their gender reveal on the world’s tallest building, the Burj Khalifa. It reportedly cost $140,000 (Dhs513,380).

That extravaganza went smoothly (if the slickly-produced YouTube video is to be believed), but many a backyard party has been a mess.

In a baseball-themed reveal, one expectant father inexplicably didn’t swing at high pitch from the mom-to-be, causing the revelation ball to explode on another family member.

Another future dad actually did make contact, but smacked the pitch right back into the mom’s face.

And he didn’t even reveal the baby’s sex.

Karvunidis knows that people are looking for reasons to celebrate, especially during the pandemic, so she has some ideas for people considering a gender reveal party.

“Just transition these parties to celebrating something else,” she told the Daily News. “Do a name reveal, do a pregnancy reveal. If you really want to just have cake and celebrate, you don’t need a reason.”