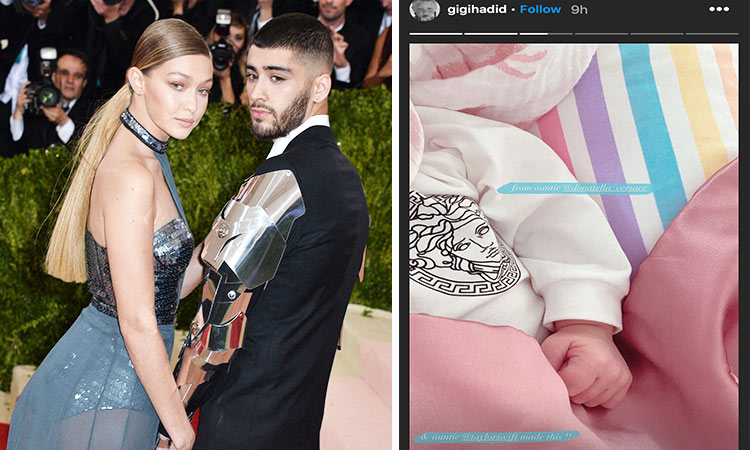 Model says the presents were from her daughter’s ‘aunties.’

Model Gigi Hadid has shared some new photos of her first-born, giving fans another glimpse of her daughter while showing off some of the presents she has been sent by her celebrity friends.

On Saturday, the model shared a cropped photo of the baby on her Instagram story.

In the image, the newborn, whose name has not yet been announced, can be seen wearing a white bodysuit featuring a Versace logo while her hand is curled up on a soft pink blanket.

Hadid also revealed that the two items were gifts from Taylor Swift and Donatella Versace.

“From auntie @donatella_versace,” she wrote near the bodysuit, adding: “and auntie @taylorswift made this!!” across the blanket. 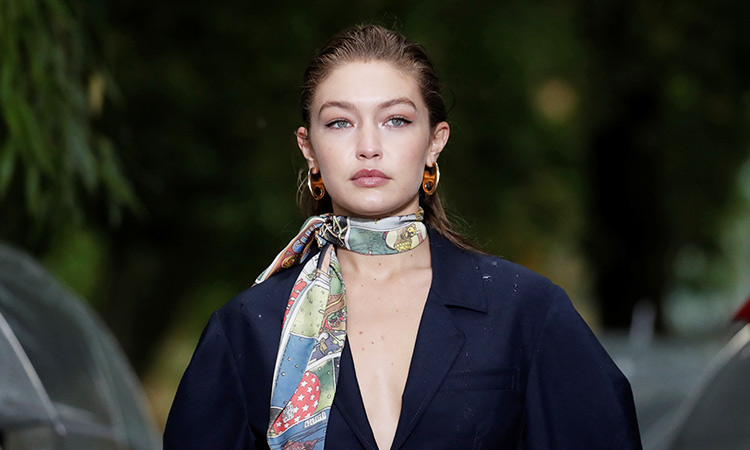 Gigi Hadid wears a designer wear as a part of her Spring/Summer 2020 during the Paris fashion week. File

The new mother also showed off a number of bouquets of flowers she had been sent from people like Tommy Hilfiger and Instagram’s director of fashion partnerships, Eva Chen.

On Thursday, Hadid announced that she had given birth to her first child by sharing a close-up image of her partner Zayn Malik holding the baby’s hand on Instagram.

“Our girl joined us earth-side this weekend and she’s already changed our world. So in love,” she wrote in the caption.

Meanwhile, the former One Direction singer shared a second photo on his own Instagram account, writing: “Our baby girl is here, healthy and beautiful. To try put into words how I am feeling right now would be an impossible task.

“The love I feel for this tiny human is beyond my understanding. Grateful to know her, proud to call her mine, and thankful for the life we will have together x.”

A number the couple’s celebrity friends congratulated them on the news in the comments section, including model Hailey Bieber, who wrote: “Welcome baby girl! So happy for you guys.”